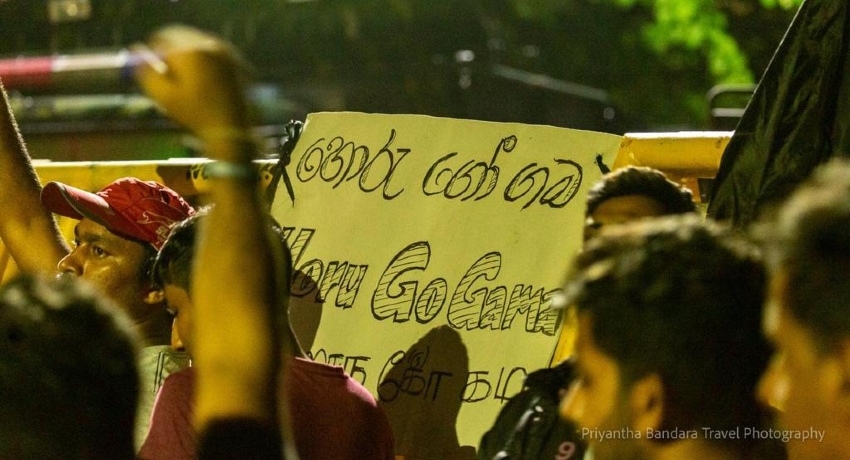 People from other parts of the country have also supported the GotaGoGama protests with their branches in various districts.

At the same time, another group of protestors are protesting in front of Temple Trees also known as MynaGoGama for the 11th day.

Meanwhile, the world’s most creative people’s protests continued in Sri Lanka, with student protestors tear-gassed and chased away by police, stayed on and within hours, set us a township they called ‘Horu-Go-Gama’.

Sri Lankans led by the Inter-University Students Federation, commonly known as Anthare’, set up a protest camp along the road leading to the parliament, and this camp is now known as ‘HoruGoGama’.

This protest camp is the latest site set up against President Gotabaya Rajapaksa, Prime Minister Mahinda Rajapaksa, and their government.

The protestors are demanding that the President, Prime Minister, and their government resign immediately and that the Rajapaksa family return the money they looted from the people over the years.

They blame the government for the mismanagement of the economy, which has sent prices of goods skyrocketing and the country’s reserves plummeting to levels reaching a record low.

The Inter-University Students Federation, the largest student body in Sri Lanka marched from the University of Sri Jayawardenapura to the Parliament Road on Thursday (5) evening and was confronted by a large police force that fired tear gas to disperse the crowd.

However, as word spread of the tear gas attack, more youth joined with the IUSF and decided to occupy the road leading to Parliament and voice their protest.

However, all roads leading to Parliament were already closed by Police using GI Pipes and Barricades.

According to News 1st’s Vindana Prasad Karunarantne who has been covering these protests since day one, the HoruGoGama protest camp received a large number of water bottles and food packs within hours of the Tear Gas attack by police, as more Sri Lankans extended their support to the IUSF.

The student movement’s leader Wasantha Mudalige said the people in unison are calling for the government to resign and for all 225 MPs to quit.

“We want a future and we want our rights. The government responded with tear gas,” he said.

Wasantha Mudalige also said that the IUSF and the Sri Lankans will stay the night at the barricades near Parliament to ‘welcome’ the MPs for Friday’s (6) parliamentary session. 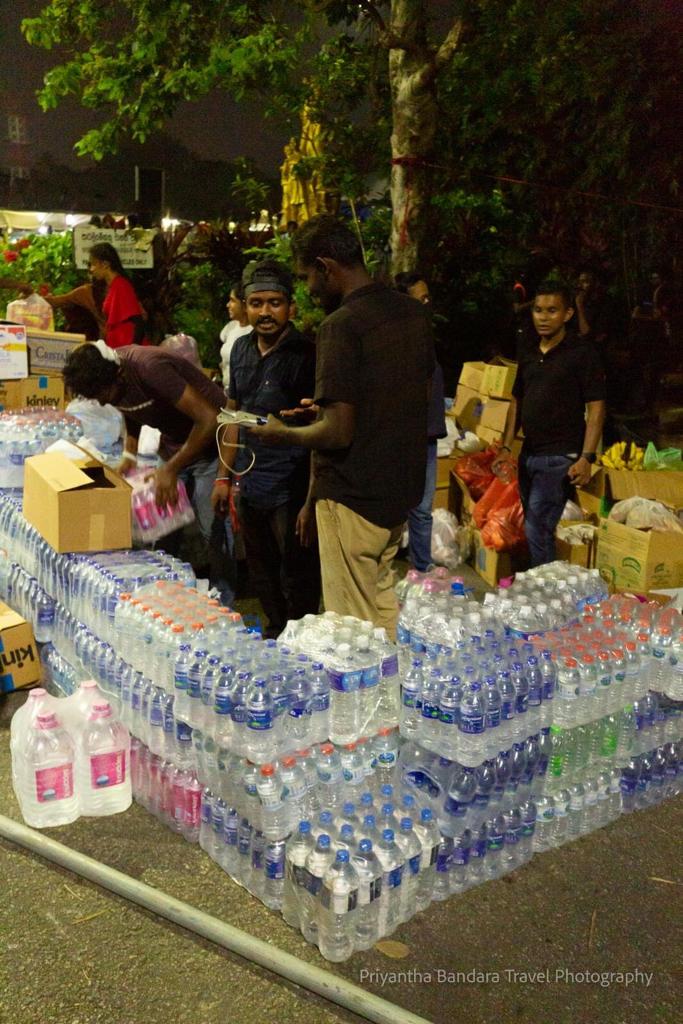 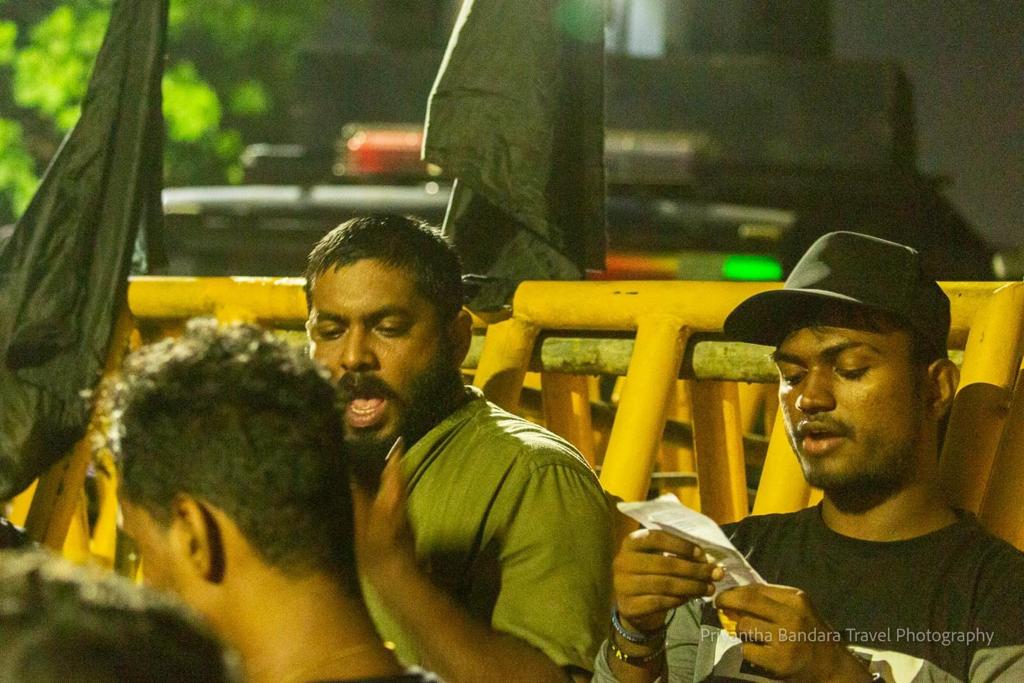 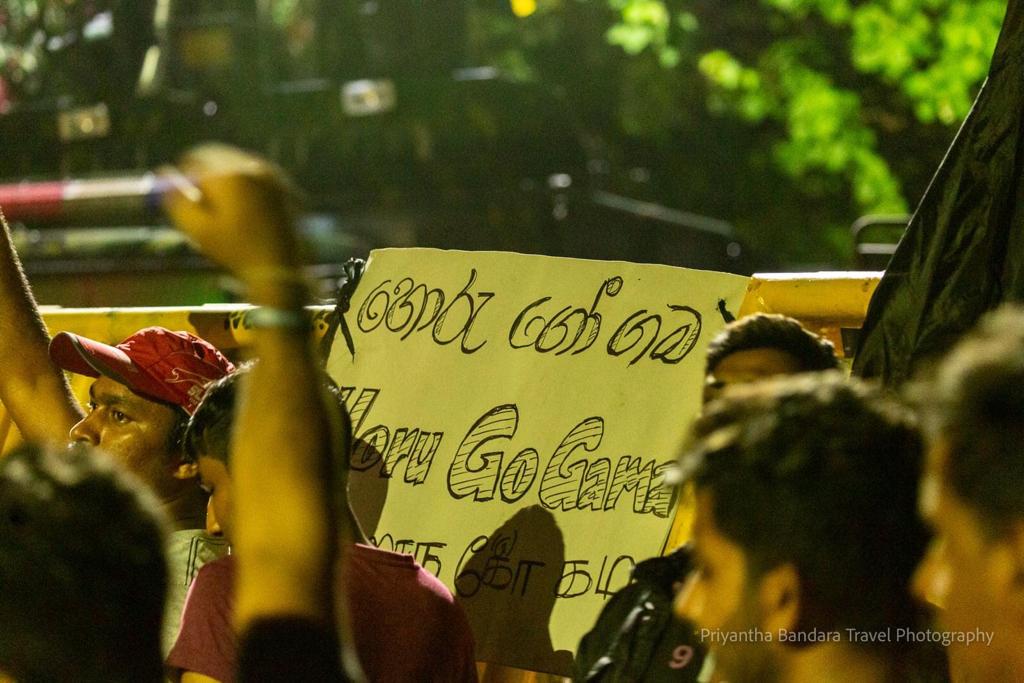 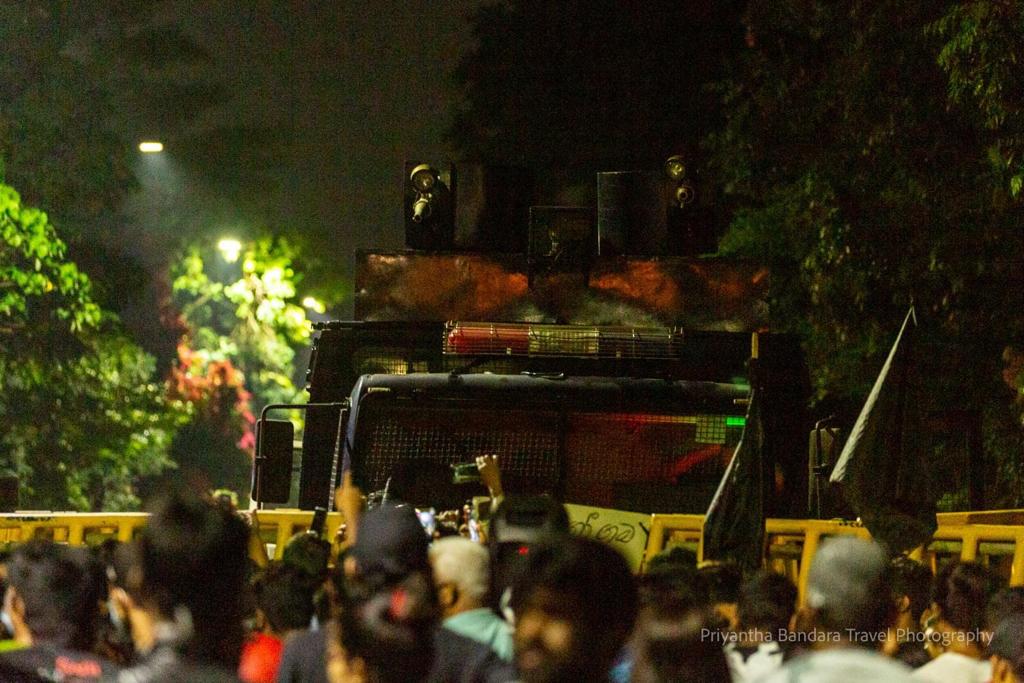 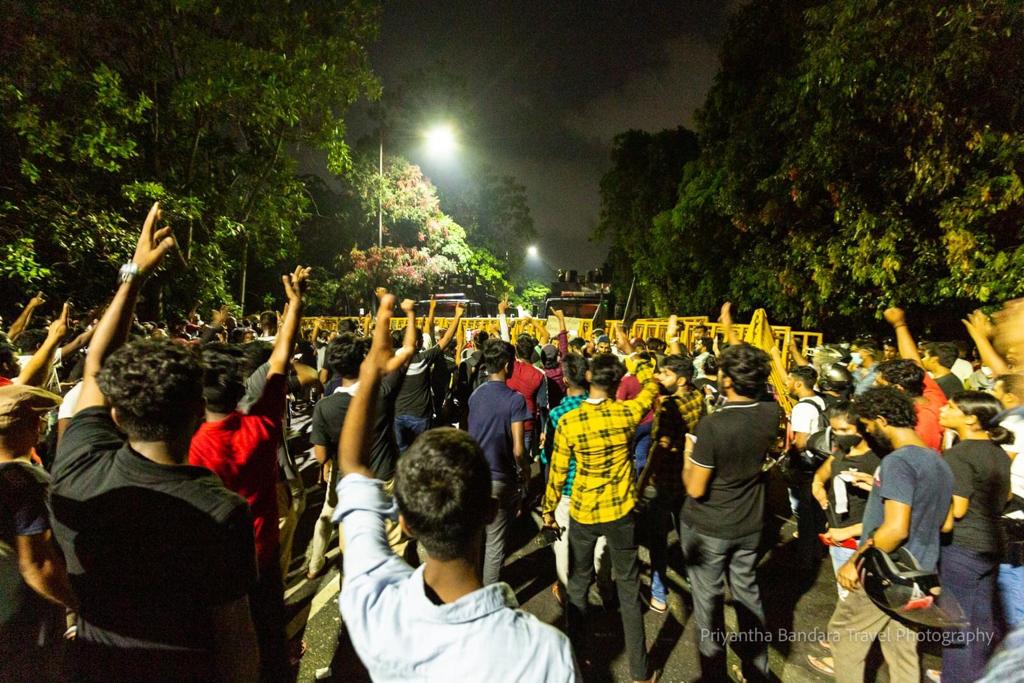 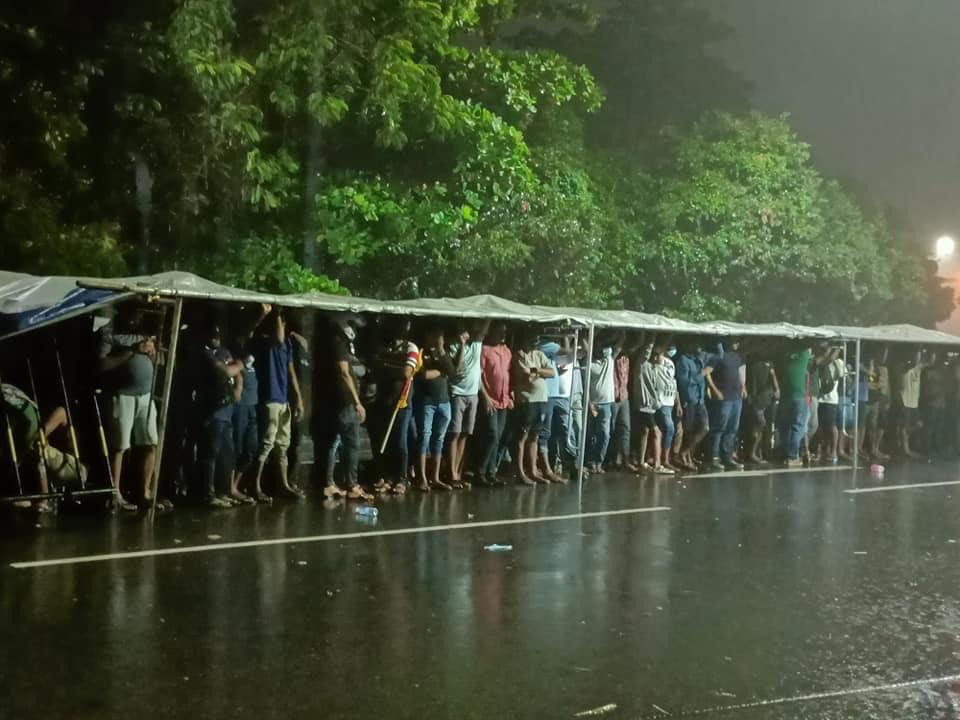 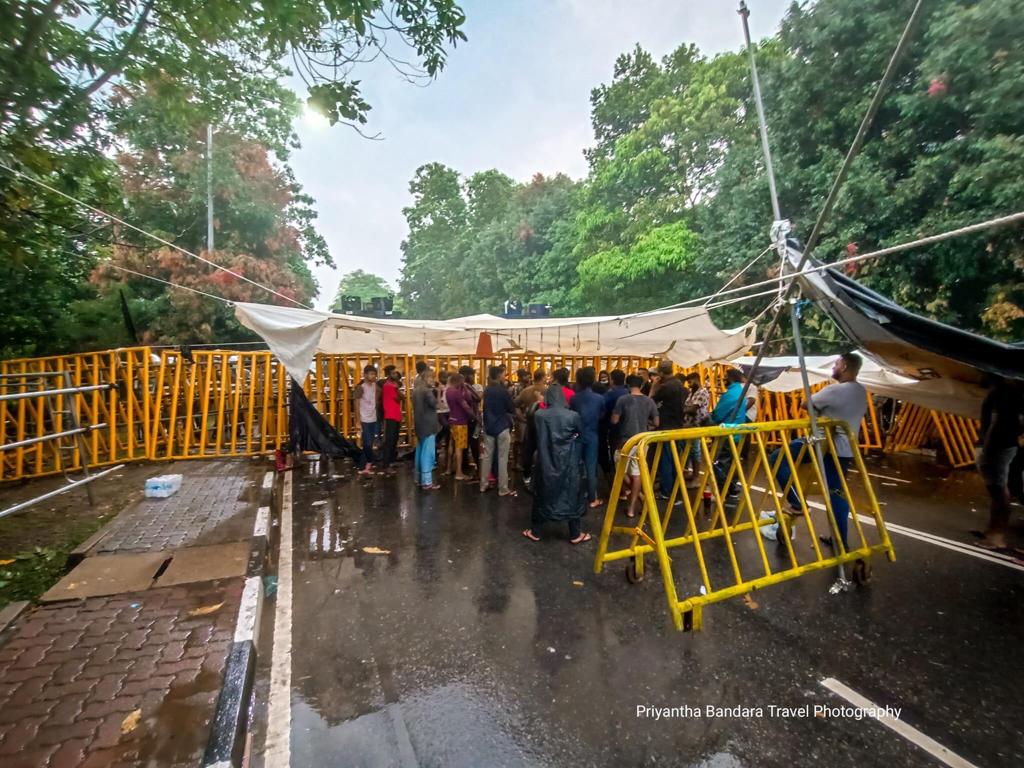 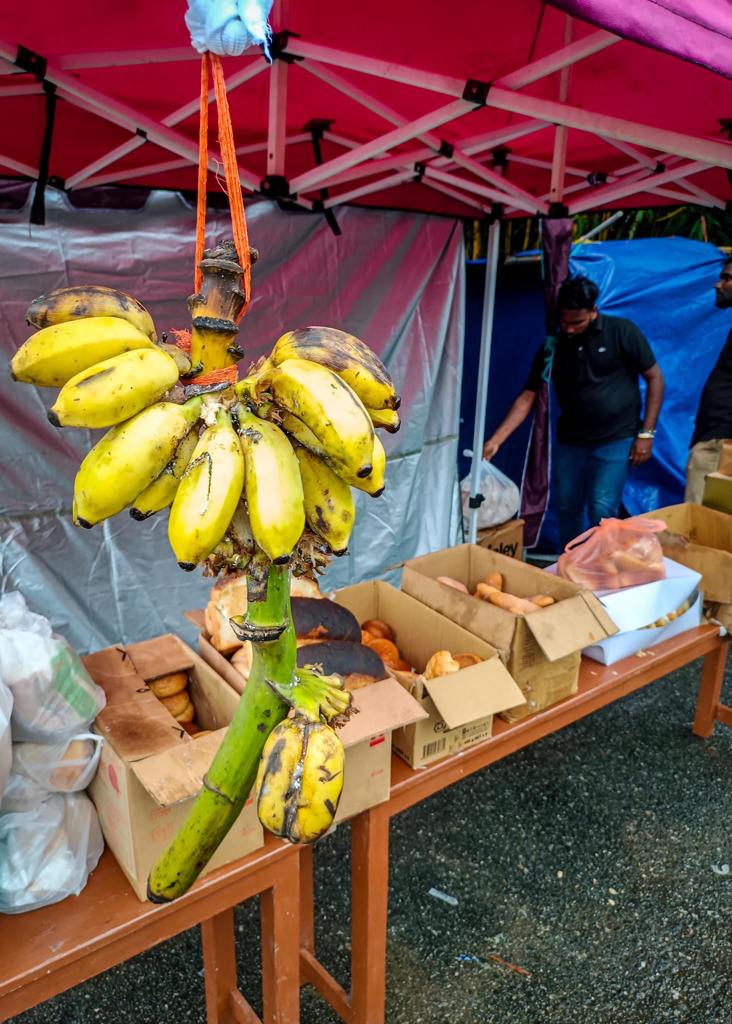 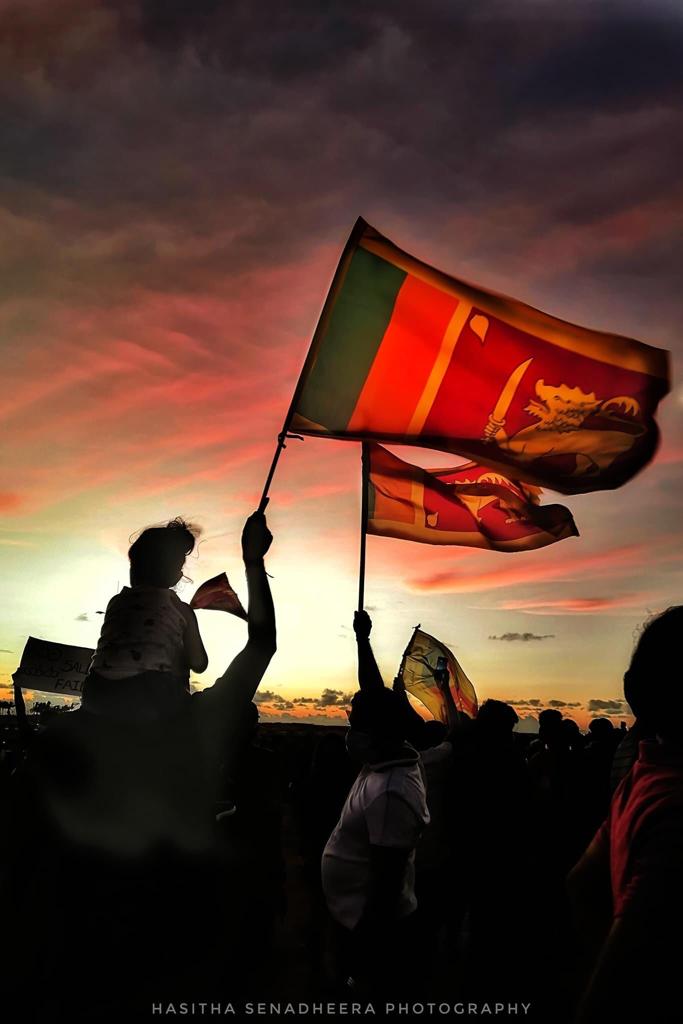