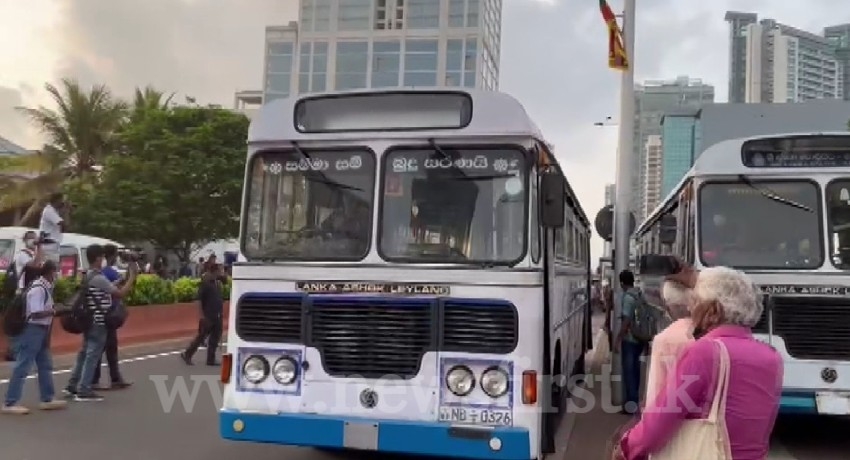 COLOMBO (News 1st); Sri Lanka Police on Wednesday (4) evening decided to remove the Police buses that were parked on the pavement opposite Temple Trees in Colombo.

Police informed the protestors at MynaGoGama that court issued an order to vacate the premises.

However, the group of Sri Lankans who were protesting at the site alleged that Sri Lanka Police was misleading the courts, at a time when the people were engaged in a peaceful protest.

Attorney-at-Law Amila Egodamahawatte who visited the site moments later said a ruling will be delivered by the courts on the 9th of May 2022.

Despite the police reading out a court order, the protestors continue to engage in their protest at MynaGoGama.