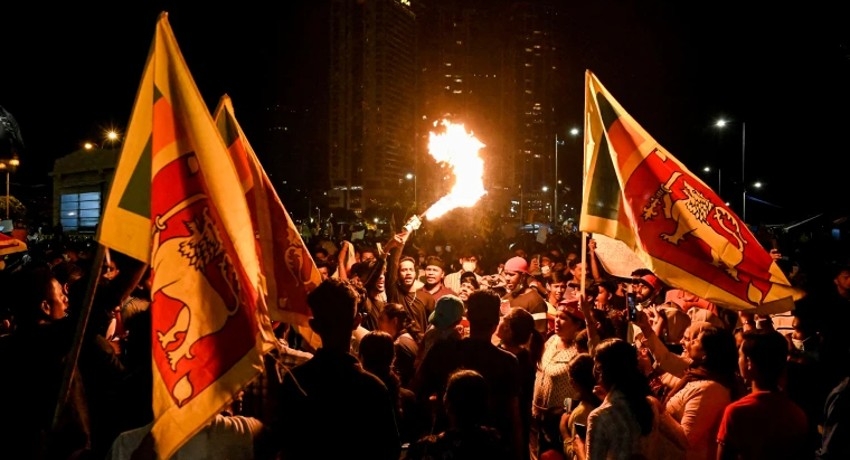 The problem GR has always had from the inception is the negativity of some members that MR brought into Ministerial and State positions.

Most if not all the corruption has been centered and stems from around those persons.

MR has argued that those people were needed as they had the political clout and that the negativity can be balanced by placing respected permanent secretaries to those ministries.

It hasn’t worked because corruption has continued unabated despite the weakened economic conditions and the various shortages have not been addressed impinging on GR plans to move forward.

In that context the GR view is that the MR strategy has failed and it is now up to him to embark on his own plan.

Nevertheless this is not acceptable to MR who sees this strategy impacting on the prospects of his son(s) politically. MR appears oblivious to the mechanizations of his three children in key areas of economic development. As a senior insider once noted ‘the children have not fully appreciated the long hike in Mahinda’s political journey”.

Now that the SJB are also proposing a return to the 19th with amendments (the new 21st Amendment) GR will be having a tough time.

Rajapaksa insiders feel that GR doesn’t have the political acumen to go solo and needs the guidance of MR but MR comes with baggage that is enjoined at his waist.

Many of those persons attached to MR are unacceptable to GR in his solo plan.

We may see a solution where GR may lean heavily on advisories from RW whose strength apart from his experience is that he is very weak politically and poses no threat from that aspect.

However constitutionally any far reaching changes to the Executive Presidency May then have to be tested against the Constitution and result in a need for a referendum of the people.

In the context of where we are now a referendum on this issue is unlikely especially since the people protesting want immediate solutions to the key issues of fuel energy food security and declining wage earning opportunities for the bulk of the people – 62% are daily waged.

The compromise may well be a return to the 19th with some tweaks.

The Silent Vigil Group – the People – are the winners and may well be considered a textbook case of how to achieve change within a largely peaceful program of agitation for positivity.