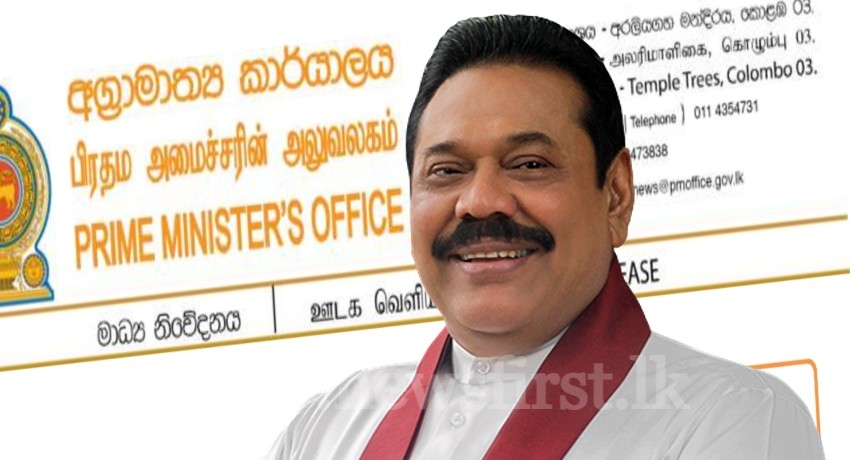 COLOMBO (News 1st); The Parliamentary Group of the government has passed a proposal to continue the governance structure with the leadership of Prime Minister Mahinda Rajapaksa.

The proposal was passed when the parliamentary group met on Thursday (21).

The Prime Minister’s office said MP Sahan Pradeep had proposed that it was essential to form a government under the leadership of Prime Minister Mahinda Rajapaksa to address the issues in the country.

The Prime Minister’s Office said the proposal was thereafter unanimously passed by the ruling party MPs.

Ministers and Former Minister, including Basil Rajapaksa were present for the meeting, said the PMs Office.