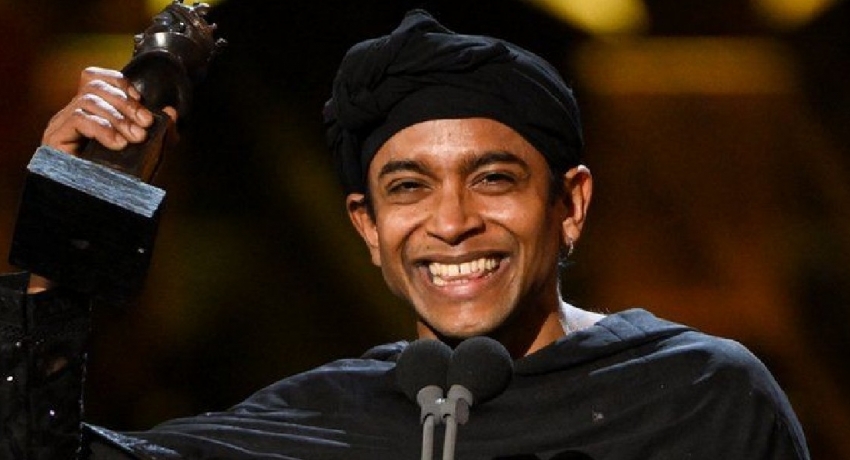 COLOMBO (News 1st0; Sri Lanka’s Hiran Abeysekera who won the best actor for the stage adaptation of Life of Pi at the Olivier Awards, arrived in Sri Lanka on Monday (18) to support the ongoing Occupy Galle Face protest in Colombo.

“I am here for the Galle Face Protest. There is no other reason for me to be here,” he told reporters at the BIA.

Hiran won the award for best actor for the stage adaptation of Life of Pi.

Life of Pi, based on the Booker Prize-winning novel, was named the best new play and scooped several technical prizes.

Life of Pi, a philosophical novel by Yann Martel, was also adapted into a film in 2012 which starred Suraj Sharma and won four Oscars.

In a touching speech, the show’s star Abeysekera said he was “overwhelmed” to win the best actor. He paid tribute to his home country of Sri Lanka, which he said was going through a “tough time now… I think of you and wish I was there with you”.

Sri Lanka is facing a serious financial crisis and there have been protests in recent days calling for the resignation of president Gotabaya Rajapaksa.