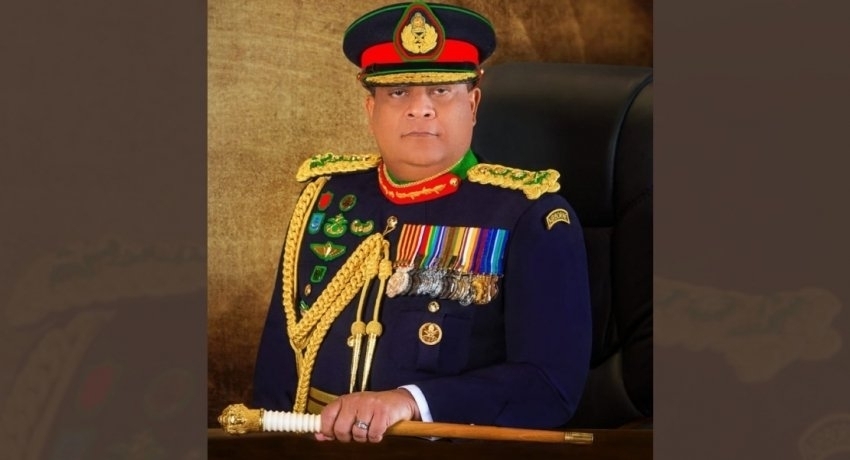 He made these comments at the Army Headquarters at Sri Jayawardenepura on Monday (18) to greet the first working day of the New Year.

“Everyone should firmly remember that as members of a professional Army, we should not be swayed by various baseless and false rumours, allegations and concocted stories, many of which are largely on viral. Ours is a force, committed to protect the State and its people all the time as per provisions in the Constitution. You all, as gallant soldiers of this unmatched organization have made enormous sacrifices at the expense of your legs and limbs, spending endless days and sleepless nights in jungles for days, if not for weeks to bring about the spirits of peace and freedom which we all are enjoying today,” he said.

“We are holding appointments, including myself, being the most Senior Officer still serving the organization in the country for the sake of the safety of the country. I, myself, having received injuries while fighting for democratic rights of our people always prioritized the interests of the State and its peace-loving citizens. We are always with the people and we do not want to take any ‘stand’ as some of those speculative stories claim and we never ever mete out harm or harassment to anyone, neither do we want to inconvenience anyone in anyway. We are there to assist the Police only when our assistance is sought from us,” the Chief of Defence Staff and Commander of the Army, General Shavendra Silva underlined.

“As you very well know, our troops valiantly move in anywhere others are unable to do so while doing everything possible to keep the country and its people safe. We do not have any hidden agendas as propagated by some ill-informed reports or hold any secret agendas as claimed by some elements with vested interests as you have seen in the past few days. The Army is not there to hatch hidden plans or mean harm to the very people whom they have committed to protect, and those speculative and fabricated rumours reflect the mindset of those elements who are hell bent on creating further unrest among peaceful protesters,” he asserted.

“Even when I was engaged in the fight against LTTE’s attempts of dividing the country, certain sections, inclusive of my own close associates were doubtful whether we could win this war against terrorism at all. Of course, in the context of a civilian, I was compelled to listen to their voices and concerns, but as a uniformed military professional, dedicated to serve the country, I am obliged to perform my duties day and night as necessitated by the State and the Constitution at the risk of my life. This is what we are meant for contrary to what some of those interested parties allege without any basis,” he said.

“I am pretty sure the right-minded segment of our civilians does understand the modus operandi and the chain of command, effective in the organization, and that discipline has always been well-maintained despite many provocative acts as you have already witnessed.”

“Think of the heaps of praise that poured in when the Army and all services were managing the vaccination, quarantining and other preventive measures against the most recent COVID-19 epidemic even when sons and daughters were reluctant and scared to attend to their own parents visiting lest their children or family members would be infected with the deadly virus. It was the Army, which saw no bounds and went its way out to contain the fast spreading epidemic, for which I, too as the Head of the then COVID Centre, had to travel everywhere in the best interests of our country”, he recalled.

“Extending my best wishes to all of you and family members on account of the New Year, I should reiterate that the Army maintaining its professional dignity and protecting its hard-earned achievements for the sake of the country and its citizens, should march forward victoriously withstanding all sorts of unfounded criticisms and malicious attempts, bent on belittling and tarnishing the image of this dignified organization, which has hitherto made invaluable sacrifices in order to protect the people of the country. I expect all of you to firmly understand and honour those concerns and continue with your sacred duties for the best interests of the State and its people in the New Year, too”, General Shavendra Silva concluded.