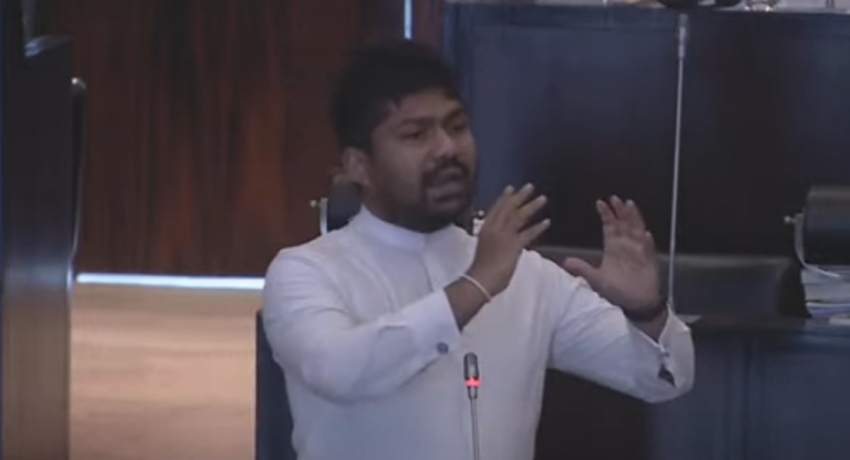 COLOMBO (News 1st); Although the Government is not at fault, the Government should apologize from the public for the current crisis, says State Minister D.V. Chanaka.

Speaking at the Parliament today (24), the State Minister said that the Government always remained exemplary with its actions and never wasted funds on unnecessary thing such as vehicles and festivities, and always took steps to give concessions to the public.

“There is an economic crisis at present, we know. Although it is not the fault of the Government, the Government should apologize to the people about the gas queues, fuel queues and even the other issues they encounter,” the State Minister said.

Citing the reasons for the economic crisis, the State Minister said that the previous administration failed to construct even a single power plant, and allowed for the diesel mafia to rise after 2015, which resulted in the condition today.