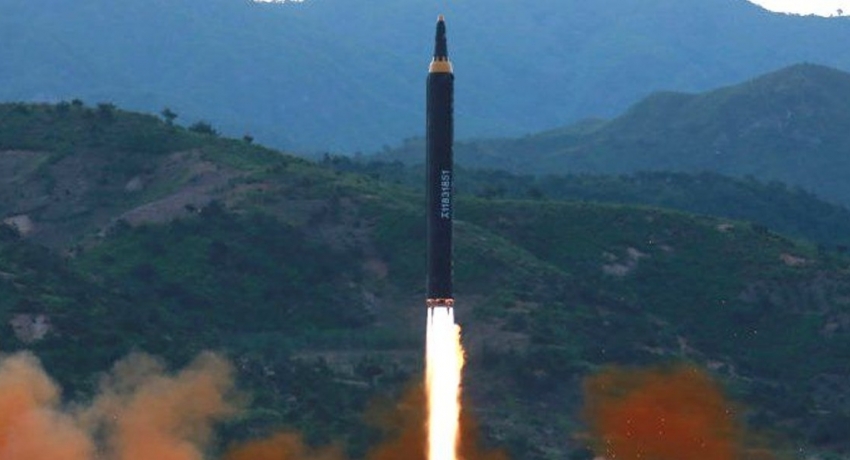 The suspected missile was fired from an airfield outside the capital Pyongyang.

The airfield has been the site of several launches, including previous tests of what were the US alleges were intercontinental ballistic missiles (ICBMs).

It comes as North Korea has in recent weeks stepped up its weapons testing.

“North Korea fired an unknown projectile from the Sunan area around 09:30 today, but it is presumed that it failed immediately after launch,” Seoul’s Joint Chiefs of Staff said in a statement.

North Korea has so far carried out nine weapons tests this year, including what the US claims were tests of parts of a new ICBM, saying they were likely experimental launches before a likely full-range ICBM launch.