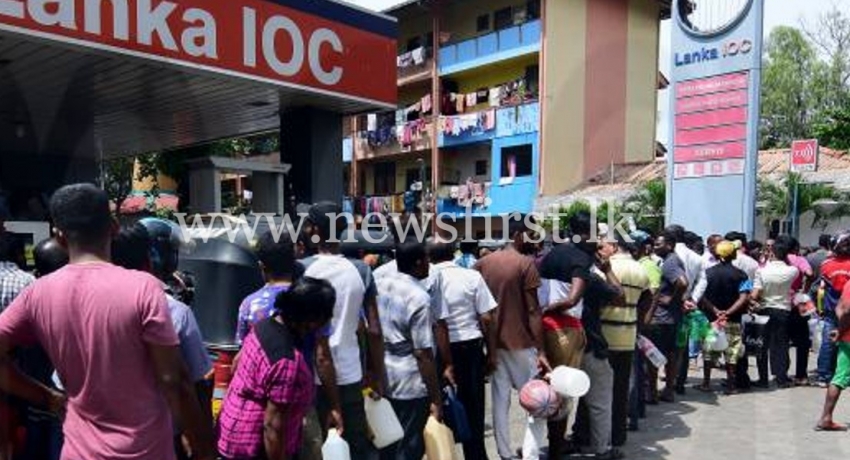 Queues continue amid price increases in effect from today (12)

Queues continue amid price increases in effect from today (12)

The Ceylon Petroleum Corporation increased fuel prices with effect from midnight yesterday, a move which followed the decision taken by the Lanka IOC to increase the price of petrol by Rs. 50 per liter and diesel by Rs. 75 per liter from midnight on Thursday (10).

Meanwhile, the All Ceylon Private Bus Owners’ Association Chairman Gemunu Wijeratne says that if relief is not forthcoming, bus fares will be revised, and discussions for such a measure will be held today.

A packet of rice will cost 20 rupees more, and a packet of kottu 10 rupees more than usual, while the price of short eats including buns will increase by 10 rupees from today (12).

The All Ceylon Three Wheelers’ Trade Union also decided to increase the fare for the first kilometer to Rs. 80, while the Civil Aviation Authority of Sri Lanka (CASL) has announced a 27% increase in ticket prices with effect from midnight yesterday (11).

Meanwhile, the Sri Lanka Mobile Phone Importers and Sellers Association says that the prices of imported mobile phones and accessories will increase by 30%.

Its Chairman Samith Senarath stated that there will be no increase in the prices of stocks currently owned by traders, and accordingly, the prices of mobile phones in the market will not increase for another two weeks.