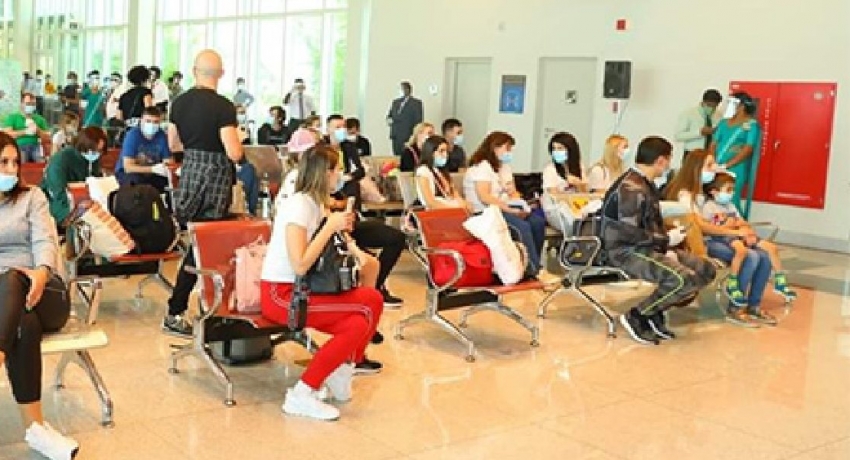 About 20,000 Russian tourists stranded abroad are having trouble returning home, most of them are in Latin American countries, Federal Tourism Agency (Rostourism) head Zarina Doguzova said.

“The media has reported a large figure of 160,000 tourists who are now abroad, and this is true. But the vast majority of these tourists continue their holidays quietly and do not experience any difficulties. The number of tourists who encountered difficulties now is not more than 20,000. A couple of days ago, the figure was somewhere around 27,000,” she said in an interview to the NTV television channel.

Most of those who have been stranded, precisely 19,000, are staying in the Latin American countries, Doguzova said.

In this region, there are problems due to the need to bypass the airspace of the countries that have halted air traffic with Russia.

The Rostourism head also said that there are far fewer tourists stuck in Europe, literally one thousand.

She listed the countries that stand ready to receive Russian tourists.

“Southeast Asia, Sri Lanka, Vietnam, Thailand, India, the United Arab Emirates… I fully confirm the readiness of Turkey, Egypt, and Tunisia to receive our tourists without any restrictions. I personally conducted these negotiations with the tourism ministers of these three countries, they expressed willingness to continue to accept our tourists,” the Rostourism head said.