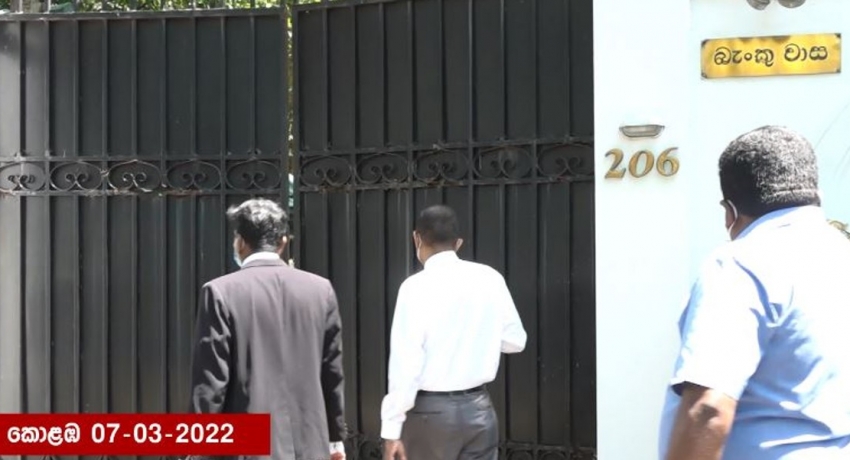 COLOMBO (News 1st); The Social Democrats led by Attorney-at-Law Namal Rajapaksha on Monday (7) attempted to hand over a letter requesting the resignation of the Governor of the Central Bank, Ajith Nivard Cabraal.

He stated that Governor Cabral is the main culprit behind the severe economic crisis in Sri Lanka and the depletion of US dollar reserves.

However, no one at the Central Bank Governor’s official residence had accepted the letter requesting his resignation.