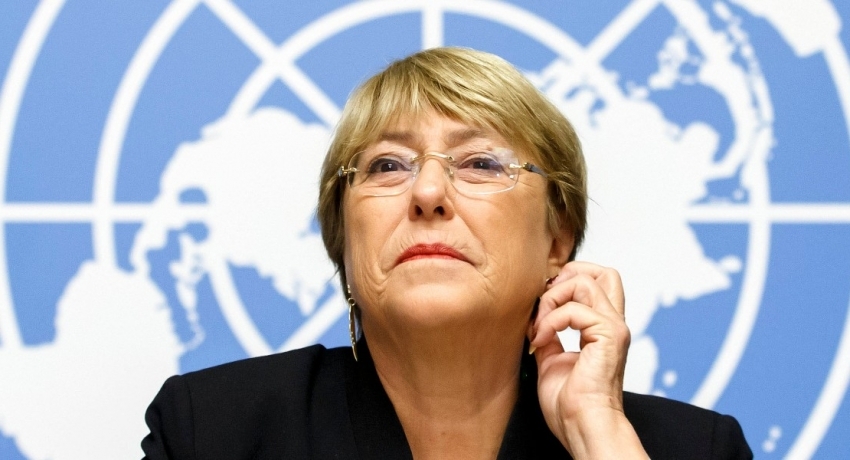 COLOMBO (News 1st); Michelle Bachelet, the UN Human Rights Commissioner has said that the current Sri Lankan Government has not only demonstrated its unwillingness to pursue accountability, but it has also incorporated military officials implicated in alleged war crimes into the highest levels of government, reinforcing a narrative of impunity.

“There have been some recent signs of increased engagement by the government with OHCRH and certain steps to initiate reform,” she told the 11th meeting of the 49th session of the Human Rights Council.

The proposal to amend some provisions of the Prevention of Terrorism Act and release some detainees under the act are welcome initial steps, she said adding that she encourages the government to take further steps to address the fundamental problems with the PTA, as well as undertake legal, institutional, and security sector reforms that are critically needed to put an end to impunity and prevent any recurrence of past violations.

“Regrettably, the past year has also seen further obstruction and setbacks to accountability. Victims and their families continue to be denied truth and justice,” she said while adding that the governments’ response to criticism has conflicted democratic principles in place.

My February 2021 report identified a number of underlying trends that threaten human rights and these trends continue to advance, she noted while stating that the militarization of civilian government functions is further deepening.

“I remain deeply concerned by the concentration of civilian positions in the hands of military officials, some of them implicated in serious allegations of human rights violations,” she noted.

She went on to added that the expression of ethno-religious nationalism in state institutions has become more visible, increasing the marginalization and fear of minority communities and undermining reconciliation.

“Subsequent to the passage of the 20th Amendment to the Constitution, victims’ trust in the Office of Missing Persons, established to investigate the country’s tens of thousands enforced disappearances, is lacking” she pointed out.

She went on to add that the forthcoming constitution drafting process will be an important test for the future of independence of key institutions in Sri Lanka.

She also noted that the Sri Lankan Government has still not produced a road map for transitional justice towards accountability and reconciliation.

“I remain concerned by the continued suffering and anguish of victims and the families of the disappeared to call for truth and justice and seek to commemorate their loves ones, ” she added.

“Victims of the 2019 Easter Sunday Bombings and religious leaders also continue to call for justice, reparation, and a full account of the circumstances of those attacks, particularly the role of the security establishments,” she told the UN Human Rights Council.

She said that is concerned by continuous reports of surveillance, harassment, and intimidation of human rights defenders, civil society organizations, and journalists by police and intelligence services.

Repeated incidents of death in custody and alleged armed encounters with police are alarming, she said.