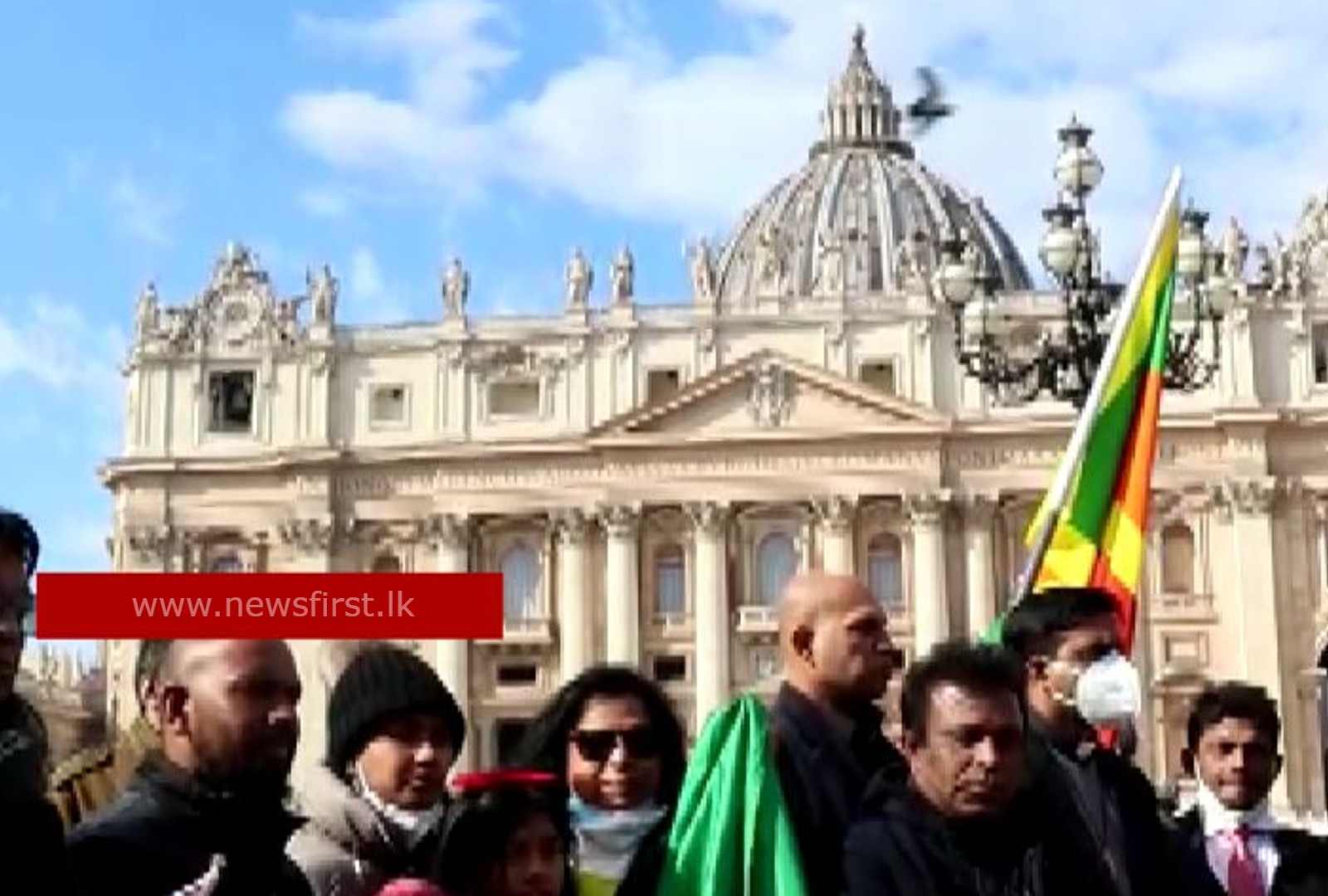 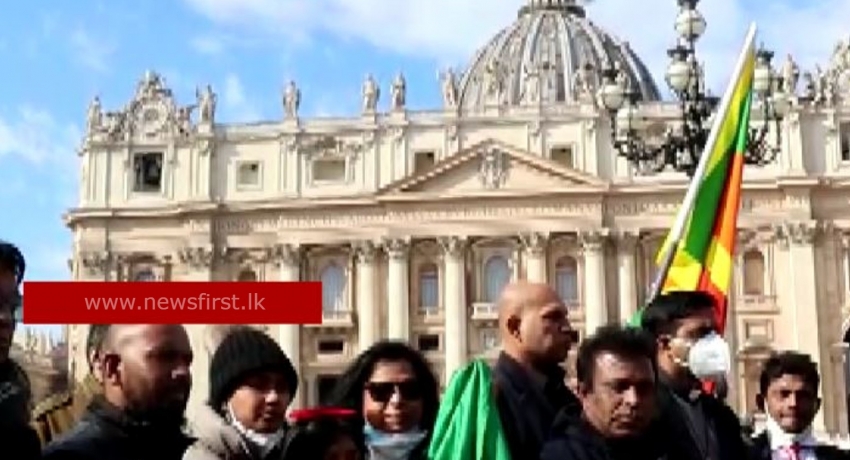 COLOMBO (News 1st); A group of families of the victims of the Easter attack staged a protest in the Vatican on Sunday (27).

The protest took place while Holy Mass was presided over by His Holiness Pope Francis at St. Peter’s Cathedral in the Vatican.

The protestors are demanding justice for the victims of the terror attacks.

The protest was organized by the Global Forum for Justice on the Easter Sunday Terrorist Attack.

His Holiness Pope Francis and Archbishop, Malcolm Cardinal Ranjith are scheduled to meet on Monday (28).