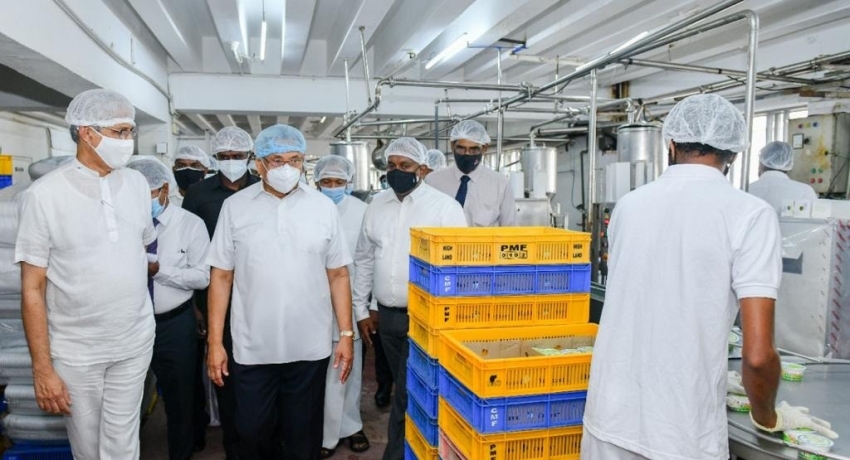 President goes to Milco, tells to buy milk from farmers for Rs. 100/- per liter

President goes to Milco, tells to buy milk from farmers for Rs. 100/- per liter

State Minister D. B. Herath told News 1st that the President following the inspection instructed to purchase one liter of milk from dairy farmers for Rs. 100/- as a measure to boost local production.

Milco institution was established in 1956 as “The National Milk Board” under the purview of the Ministry of Agriculture. It commenced operations with a single Factory in Colombo commissioned under the Colombo Plan.

Today it boasts of a wide network of milk collection, production, and sales centers administrated throughout the island and continues to contribute towards the enhancement of the rural economy.

In 1986, the “National Milk Board” was converted into “Milk Industries of Lanka Company Limited” as a government-owned company.

During the President’s visit, the Milco Administration had noted that they would intervene to purchase milk from dairy farmers at a competitive price and also look into their welfare. 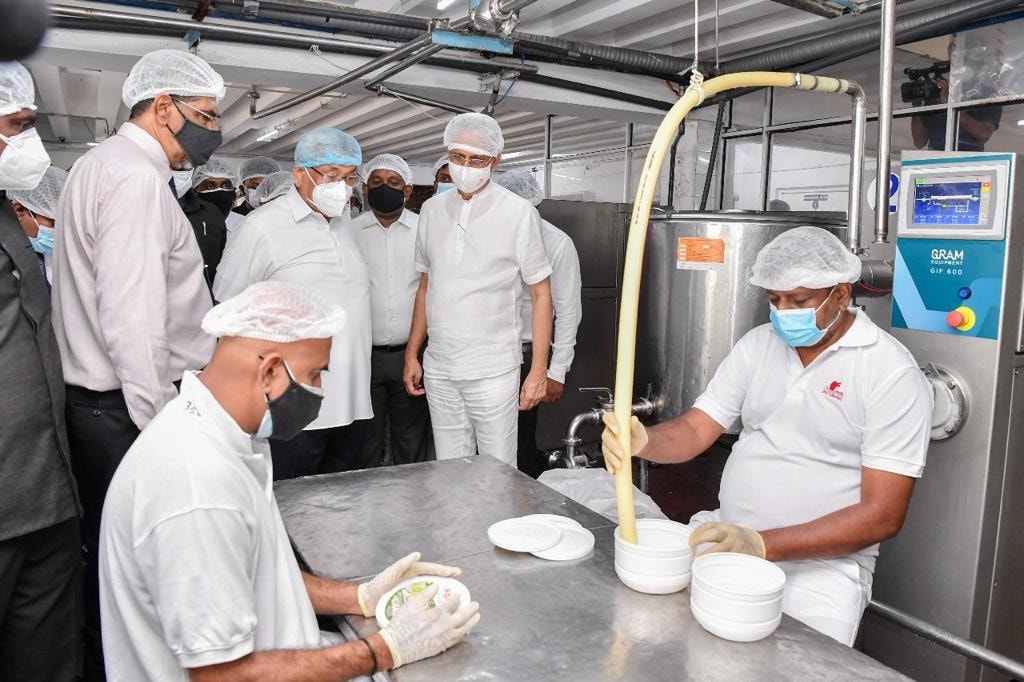 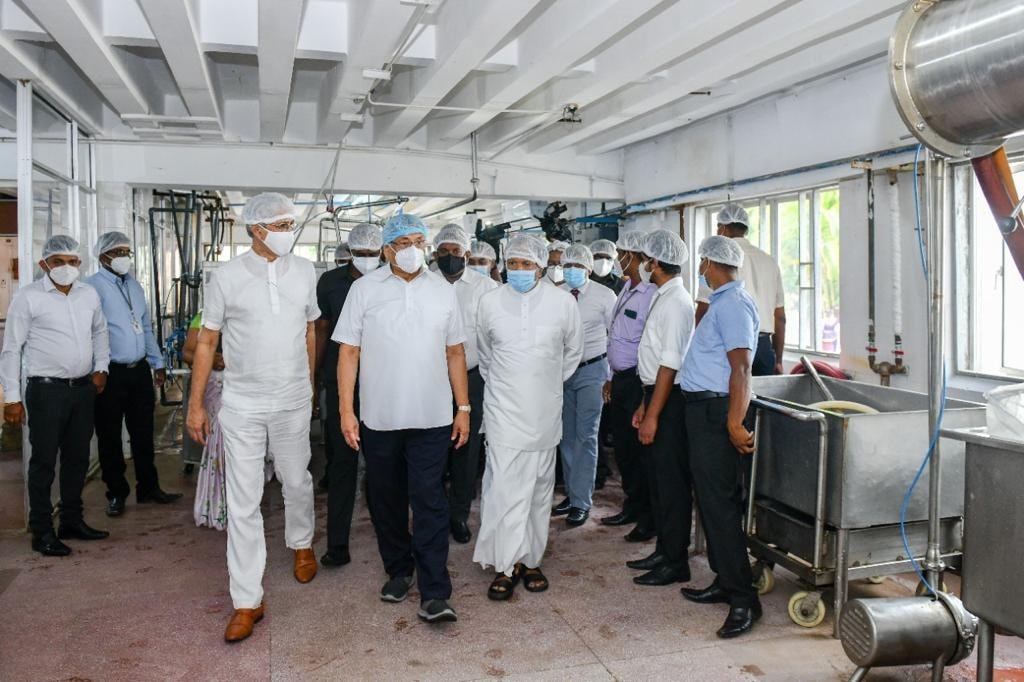 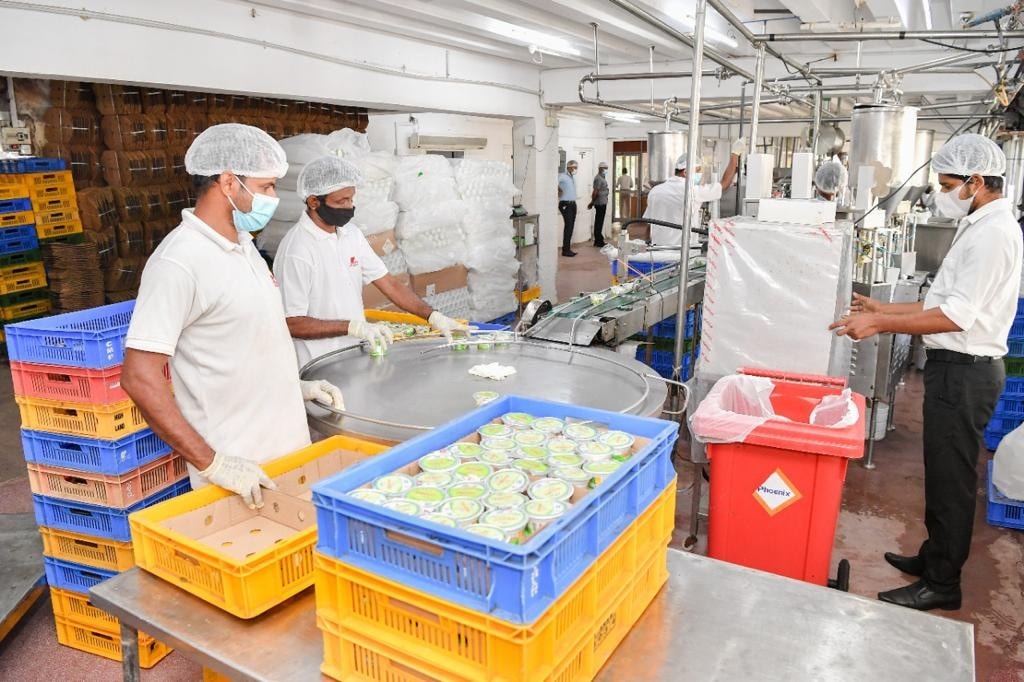 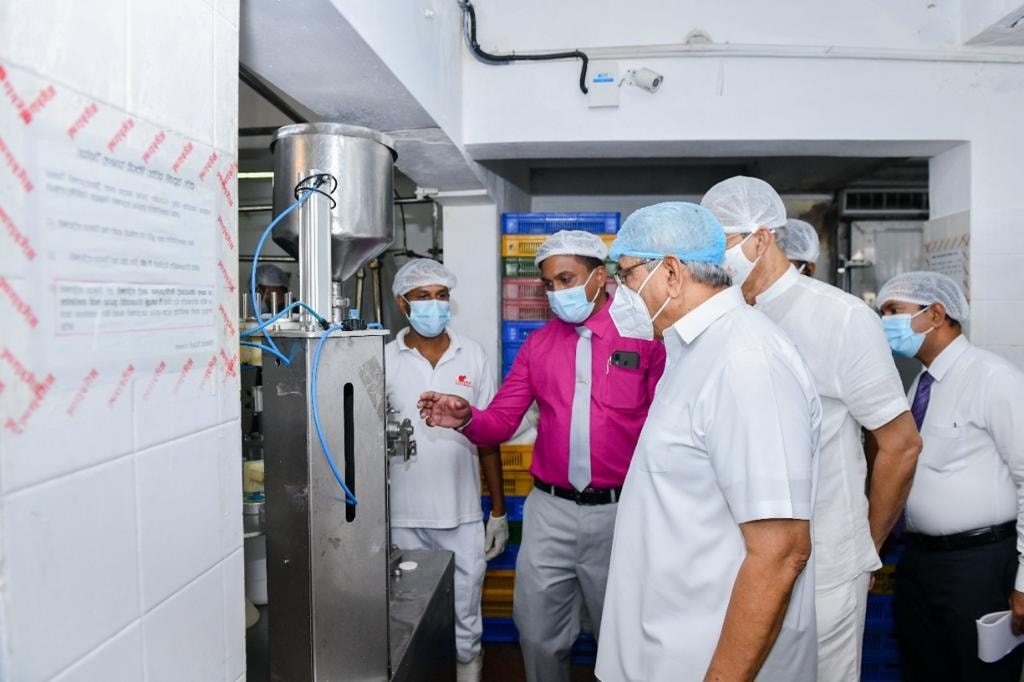 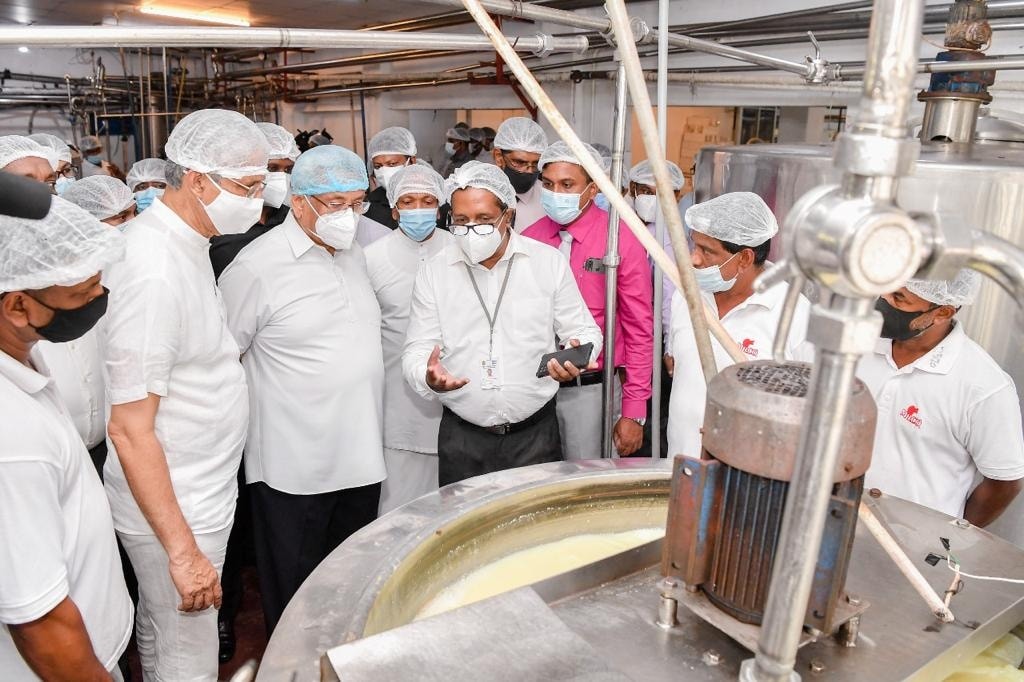 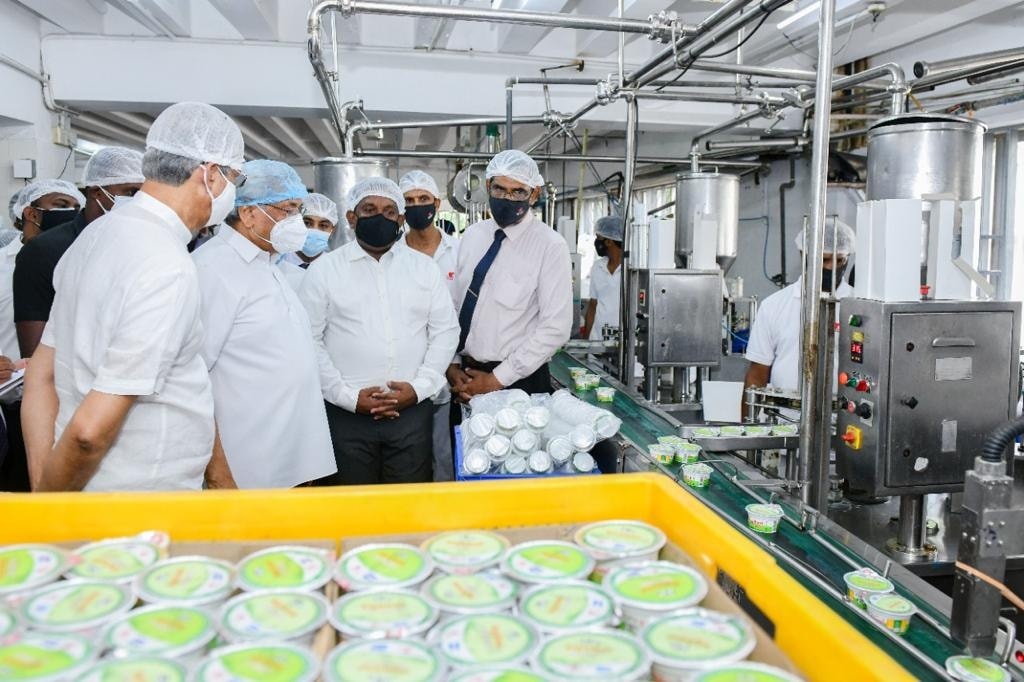 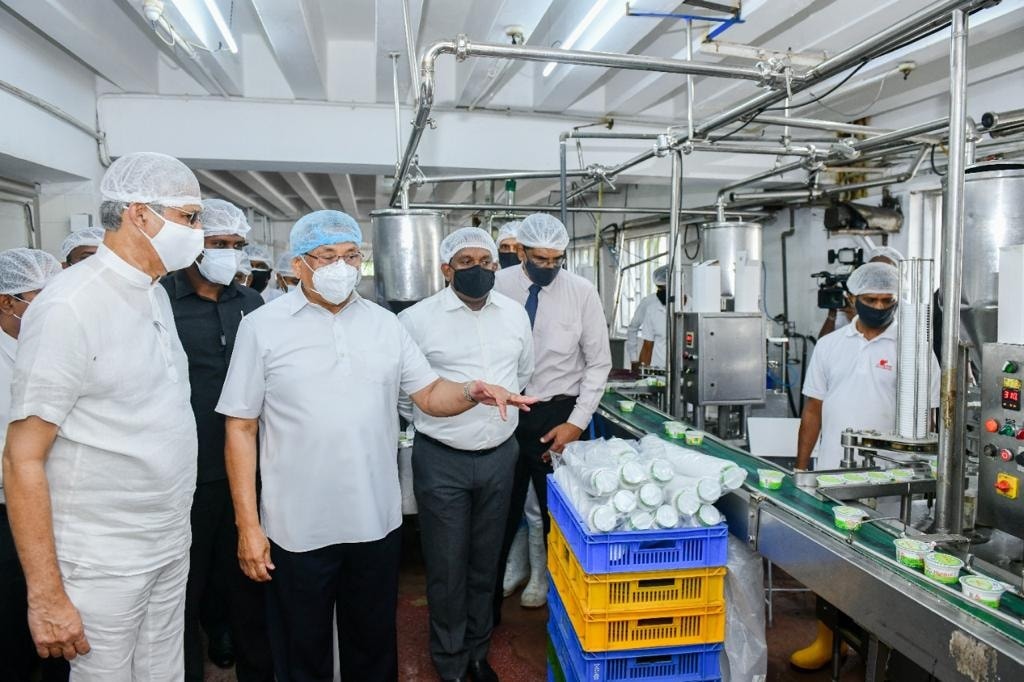 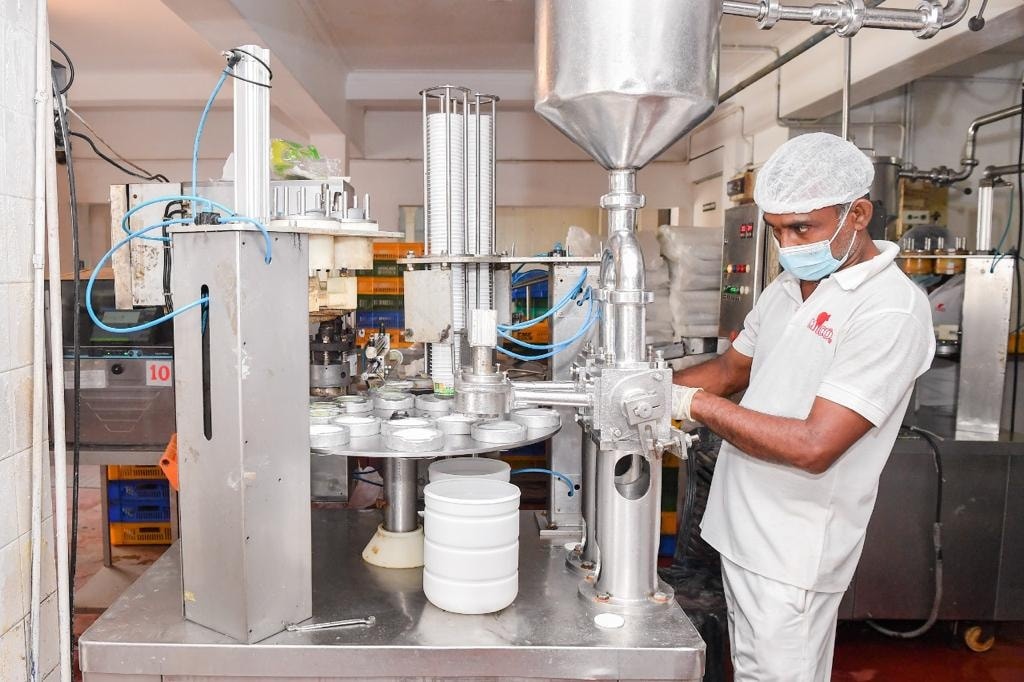 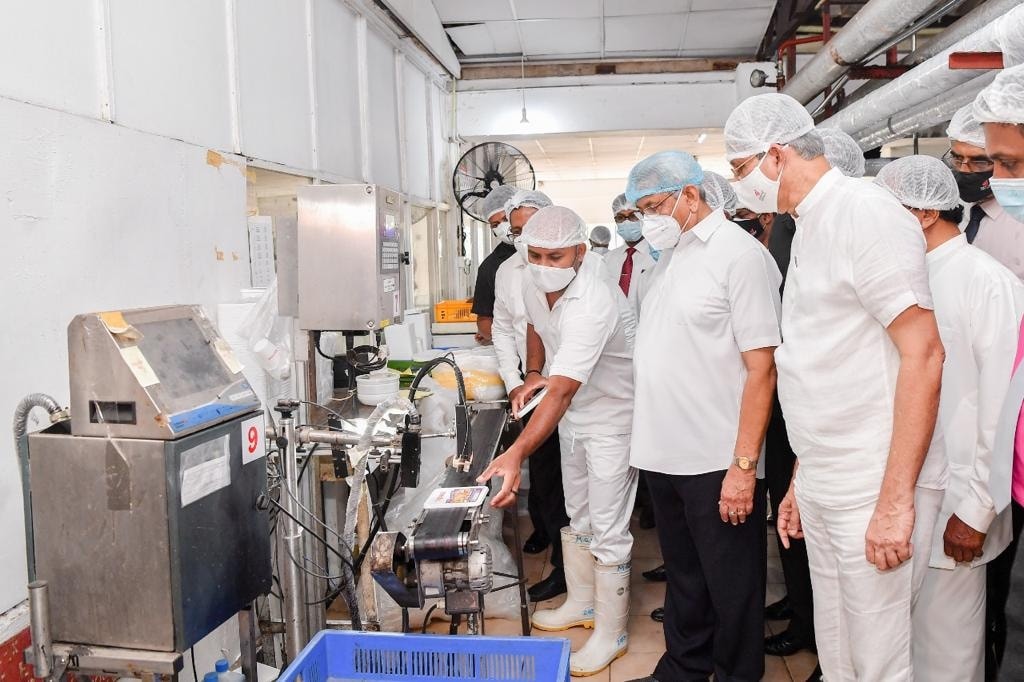 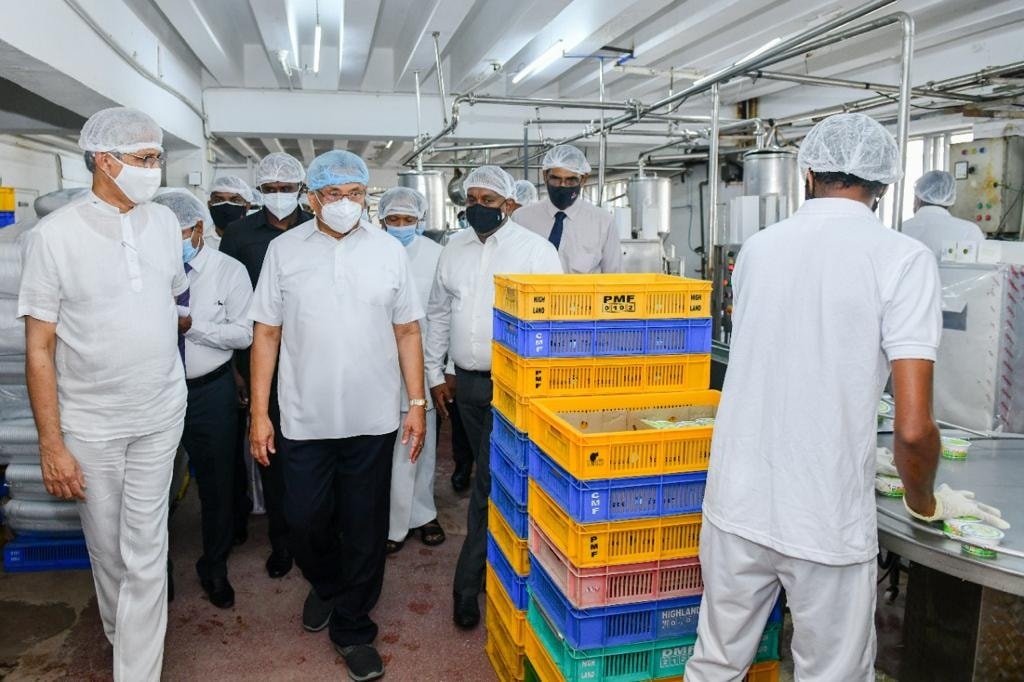