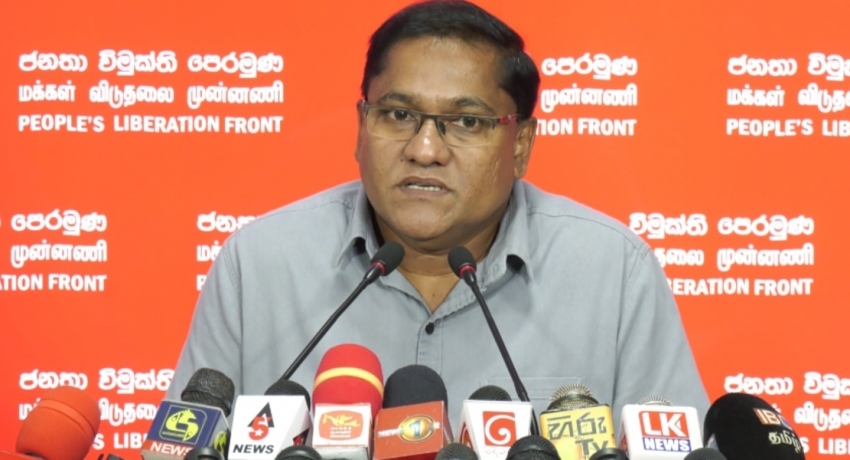 Speaking to media, Herath stated that although many resources of the country have been sold or made into bipartisan agreements, such agreements cannot be cancelled at once.

Pointing out that the Trincomalee Oil Tanks were handed over to India, then the full ownership of the Kerawalapitiya power plant was handed over for five years, in addition to the Hambantota Port given to China for 99 years are agreements that cannot be easily changed and taken back by Sri Lanka.

If Sri Lanka were to take our own national resources back, we would have to hold talks with them, negotiate and even pay compensation if the country ever wants it back, Herath said.

It is not easy to take them back after giving the national resources so freely away. That is why we are asking the Government so much to not to sell anything and asking them to try to save the limited resources we have. These need to be saved. The people should rally against this issue, he said. adding that it is important to protect the remaining national resources that strengthen the economy of the country.

“All those who say that they are patriots within this Government are lying. They are all false patriots. Will a true patriot ever sell the country’s national resources?” he added.