‘Free Media is considered as the fourth estate in democracy,” said Sajith Premadasa adding that the attack can be considered as an attack on Sri Lanka’s democracy.

He called on the President, Prime Minister, and the government to expedite an impartial investigation into the attack. 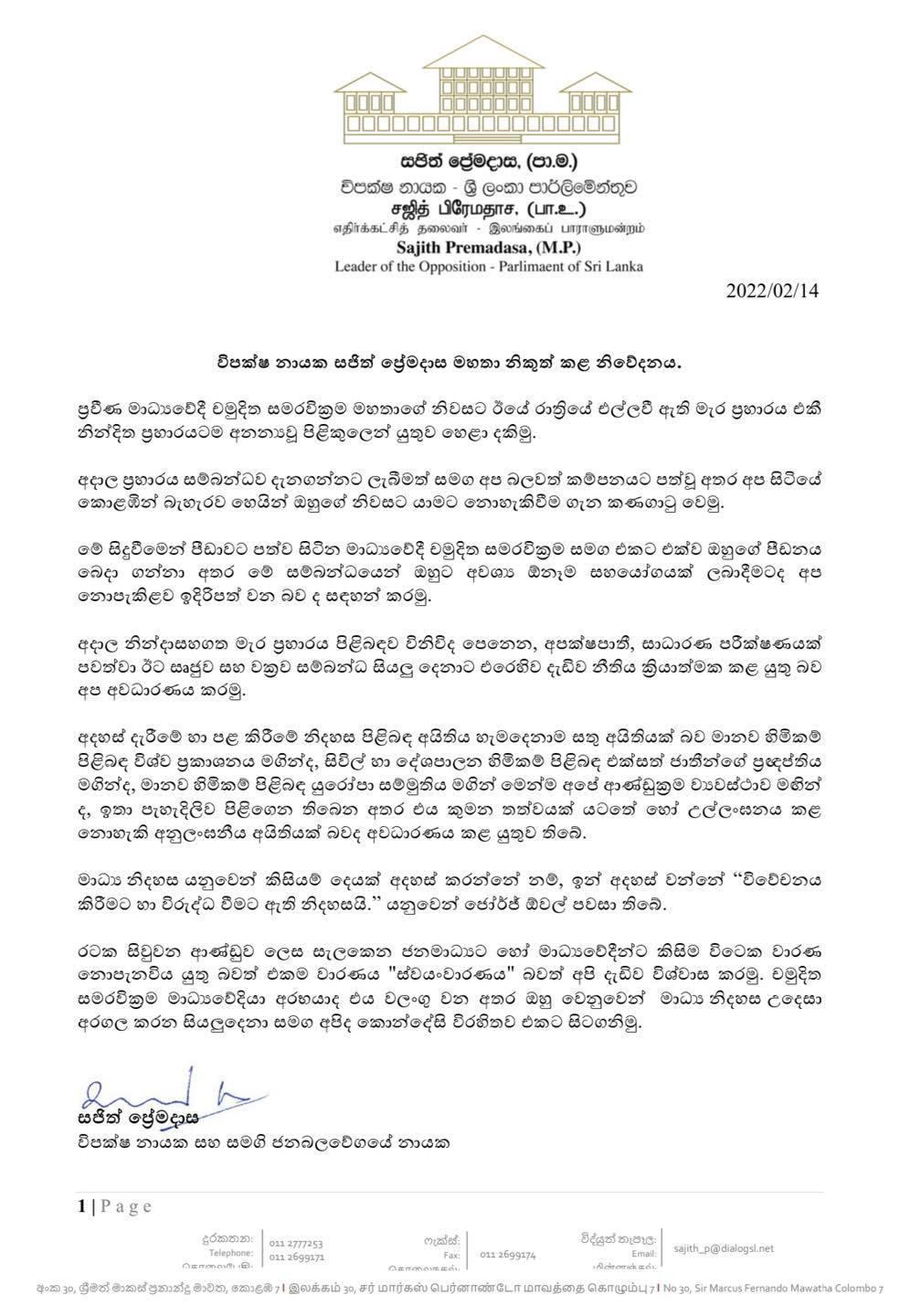