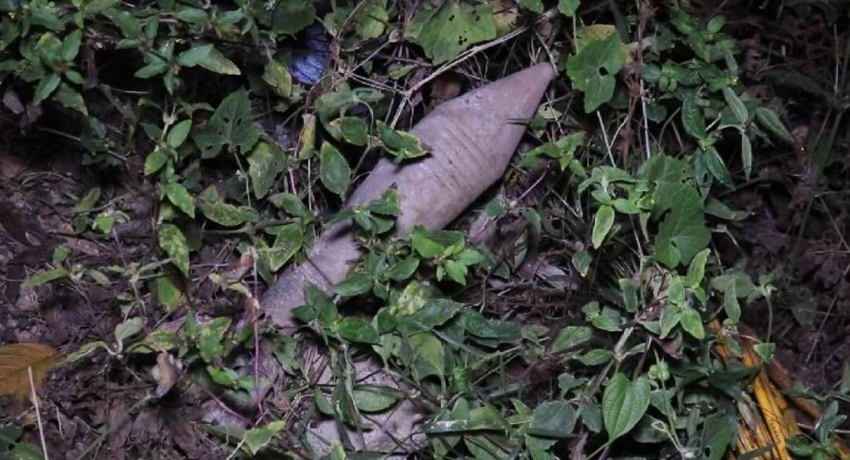 COLOMBO (News 1st); A mortar bomb has been found in a brick pile in the yard of a house under construction in the Maduruduwa area in Sultanagoda, Matara.

Police stated that the 81 mm live mortar bomb was found when a mason who was repairing the house saw the bomb.

Following a tip-off by the owners of the house, the police arrived at the scene and have commenced further investigations.

Subsequently, the Police Task Force arrived to defuse the bomb.

Police also stated that a personal vendetta could have been the reason for a bomb being left at the construction site.