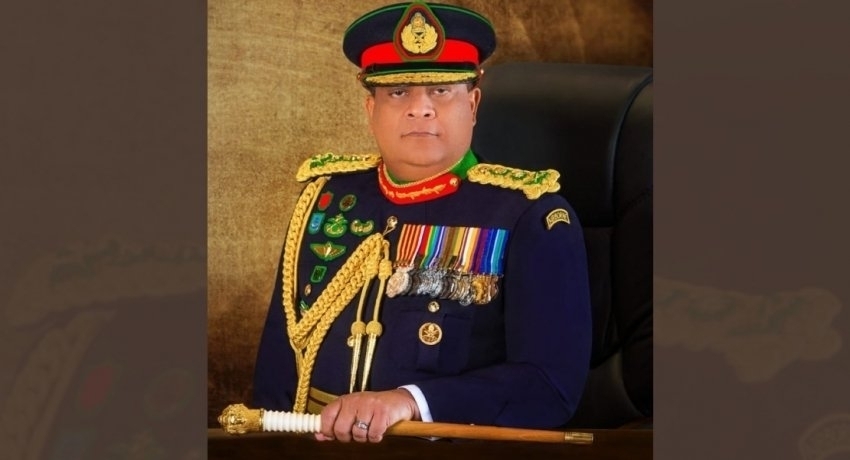 Memory of Freedom Fighters Should Pose an Example – Army Chief

Memory of Freedom Fighters Should Pose an Example – Army Chief

COLOMBO (News 1st); “Collective and concerted efforts of all ethnicities in the land as one nation struggled for our freedom, irrespective of all differences,” states a special Independence Day message issued by General Shavendra Silva, Chief of Defence Staff and Commander of the Sri Lanka Army.

Here follows the full text of the message:

“It is with pride that I, as the Chief of Defence Staff and Commander of the Sri Lanka Army in Sri Lanka, issue this message on this 74th National Independence Day which our motherland gained from the British colonial rulers on 04th February in 1948.

The struggles and dedication made by our forefathers throughout four centuries in order to receive freedom under the Portuguese, the Dutch and the English from 1505 onwards until we gained Independence in 1948 should be remembered with the highest spirits of patriotism. Equally, let me also extend my profound gratitude to those who made the supreme sacrifice and became disabled during humanitarian operations in the country before May 2009 and I wish all those departed ones who defended the motherland with determination attain bliss of Nibbana. Those heroes who became disabled and received injuries too owe my appreciative gratitude and respect on this historic day.

It was not that easy to gain independence and freedom for the country from British imperialists but collective and concerted efforts of all ethnicity as one nation struggled for it. The legacy of possession of warfare skills, gallantry and tactical strategies, not at all second to the modern weaponry the British colonial masters had with them at that time would serve a classic example to the present context too, a phenomenon I should recall with pride. As heroes of the country, it is imperative for us to work with diligence in order to protect and sustain this hard-earned freedom which requires your committed sacrifice.

Since its inception, the Sri Lanka Army performs an exceptional role for the motherland in defence of the country’s sovereignty, territorial integrity and national security considering it as an avowed responsibility of any Army in the world. The Army’s exceptional operational commitment towards Sri Lanka’s preventive roles against COVID 19 , inclusive of the ongoing vaccination drive and other necessary preventive measures against the spread of COVID 19 is a national service second to none in the world undertaken and efficiently discharged by the Army during the past two years. Providing emergency contingencies to restore normalcy in the face of sporadic national security developments, natural disasters and catastrophes as well as its unfailing contribution to the national drug eradication projects and prevention of anti-social acts, etc, has come in for praise. Likewise, the Sri Lanka Army with its dedicated and unparalleled roles at present as the pioneering tower of strength in the sphere of national development continues to reaffirm its commitment to national security concerns while performing a commendable and unique community service.

Independence Day celebration is the only state ceremony that showcases the pride, unity and strength of the government. Similarly, this 74th National Independence Day to be celebrated under the patronage of HE the President Gotabaya Rajapaksa at Independence Square following health guidelines and this spectacle would mirror the peace, stability and sentiments of reconciliation the Nation could be proud of. I wish that all would join to celebrate this moment of our glory from their respective working places today.

Further, I wish that all officers, other ranks and civil staffers in the Army who made the supreme sacrifice for restoration of peace and reconciliation in the country attain the supreme bliss of ‘Nibbana’. I wish all war heroes who sustained injuries during operations, still under recuperation and rehabilitation, gain speedy recovery and take this opportunity to wish peace and happiness to all Army personnel in service as well as civil staffers in the organization who perform a valuable diverse roles and their family members on this 74th Independence Day as Protector of the Nation. Let me wish all of you a better future,” message ended.