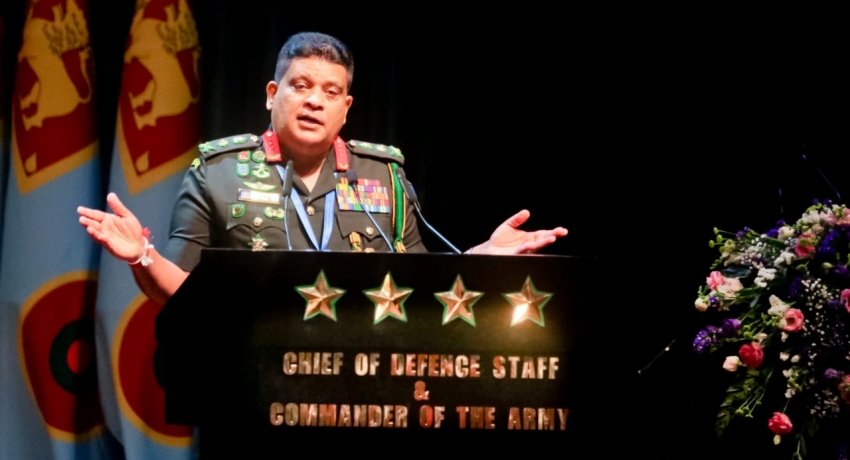 COLOMBO (News 1st): A full-day symposium for Middle-Grade Officers of the Armed Forces, conceptualized by the Office of the Chief of Defence Staff (OCDS) under the theme “Military Leadership in the Contemporary World: Evolving from a Warrior to a Friend in Need” began its sessions on Thursday (13) at the BMICH.

This ‘Armed Forces’ Middle-Grade Officers’ Leadership Symposium'(AFMOLS-2021), designed to develop and exhibit character with a combination of leadership traits and values and attributes that enables an Officer to see what to do, decide to do, and influence others to follow in order to be competent in the knowledge and skills while effectively accomplishing the entrusted mission as a leader, was attended by 300 plus middle-grade Officers of the Army, Navy and Air Force.

At the invitation of General Shavendra Silva, Chief of Defence Staff and Commander of the Army, the Secretary to Ministry of Defence, General Kamal Gunarathna (Rtd) as the Chief Guest graced the inauguration and delivered the keynote address.

The Chief of Defence Staff, General Shavendra Silva, the brainchild behind the project’s implementation delivered the welcome note, in which he highlighted the importance of formulating policies and conducting joint training to ensure that the Armed Forces are rightly equipped with optimal operational capabilities.

“Our Armed Forces have always been at the forefront of fostering peace, security and prosperity of our country amidst many turbulent environments. This proven capacity and capability have made a point that our Armed Forces are called upon to assist the nation whenever the country is at stake, irrespective of the nature of the challenge. Therefore, keeping our forces ready with competent and confident commanders at all levels is of utmost priority to employ them across the gamut of the conflicts to foster enduring national security, ” he said.

“If we are to produce a generation of leaders capable of operating in the complexities of the modern security environment, we must introduce innovative training programmes across a range of disciplines around analytical and critical thinking, cooperative learning, mentoring, case studies and simulations. Thereby, they will develop themselves to think and make high-quality decisions and maintain collaboration with civil society appropriately. A premium must be placed on leader development and decision-making. In that sense, the Office of the CDS wanted to create this interactive learning experience for the tri-forces Middle-Grade Officers on Military Leadership in the Contemporary World in order to transform military leadership to effectively manage contemporary national requirements. Equally, it sets the ground for extremely profitable intellectual investment for the tactical level commanders to reinforce professional military knowledge with a personal understanding that would multiply overall proficiency in their discharge of duties,” he pointed out.

He went on: ” The theme has been arranged to explore, discover and construct the characteristics that a modern-day military leader must possess in executing his tasks going beyond the primary role. The Office of Chief of Defence Staff is much more privileged enough to interact with some of the finest and eminent scholars to kindle our intellectuality as well as to exchange their understanding and share the different schools of thoughts on this most timely topic to accomplish our overall aim of shaping the middle-grade officers as leaders of the 21st century. Over the years, we have well understood that the security paradigm in the world has transformed and is ever-changing, and consequent to the global complexities, the security environment of our country has also been in a continuous change. We need to address the changing facets of the operational environment and I always rely upon “the reliance on the likelihood of the enemy’s or its failure should not be the cause for the preparedness of own forces”.

” It is apparent, the future operations seem to be launching mostly over cross-domains, unlike in the past where the tactical commanders of our forces need to shift their role accordingly, from a warrior to a humanitarian assistant provider reflecting the capability of cooperating with civilians, other law enforcement agencies and the line ministries, ” General Shavendra Silva said.

General Kamal Gunarathna (Rtd) in his keynote address to the inaugural session congratulated General Shavendra Silva, Chief of Defence Staff and Commander of the Army for arranging this symposium of exceptional nature. “The three sessions in the symposium would shed light on many relevant areas, related to the progression of the career of an officer as it is the leadership that steers middle-grade officers and grooms them to be future leaders. Deliberations and strategic learning practices should be a continuing process for middle-grade Officers for enhancement of their horizons of knowledge and skills. Leadership and its implications are integral and absolutely necessary for future leaders ” he said. He also congratulated participating tri service middle-grade officers and wished them good luck for their distinctive military careers.

Towards the end of the keynote address, General Shavendra Silva awarded a special memento to the day’s Chief Guest, General Kamal Gunarathna (Rtd) in appreciation of his contribution to the day’s forum. After leaving a few thoughts in the visitors’ book, the Secretary Defence sat for a group photo with those participants, bringing ceremonial inaugural session to end.

This Symposium also aims to pave the way for an interactive learning experience on areas of Military Leadership in the Contemporary World with the vision of transforming military leadership to effectively manage contemporary national requirements, a task that is of paramount importance to tactical commanders in discharging their duties. 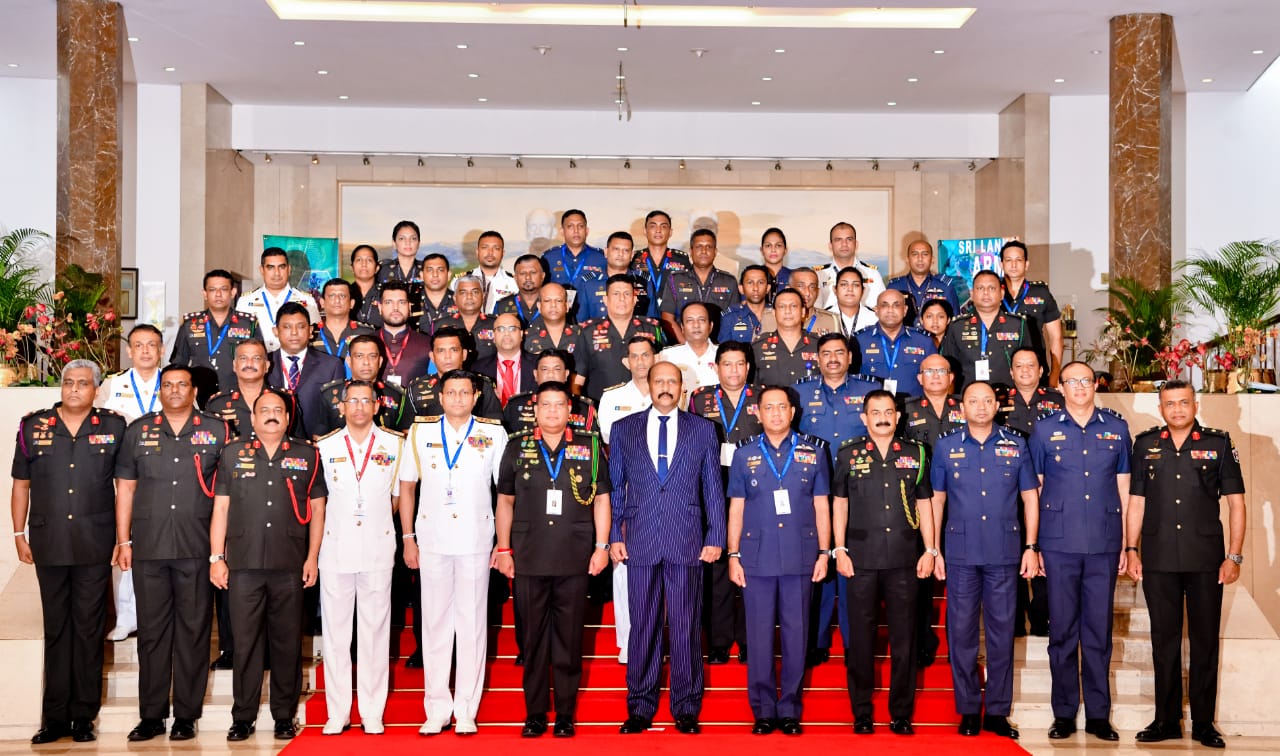 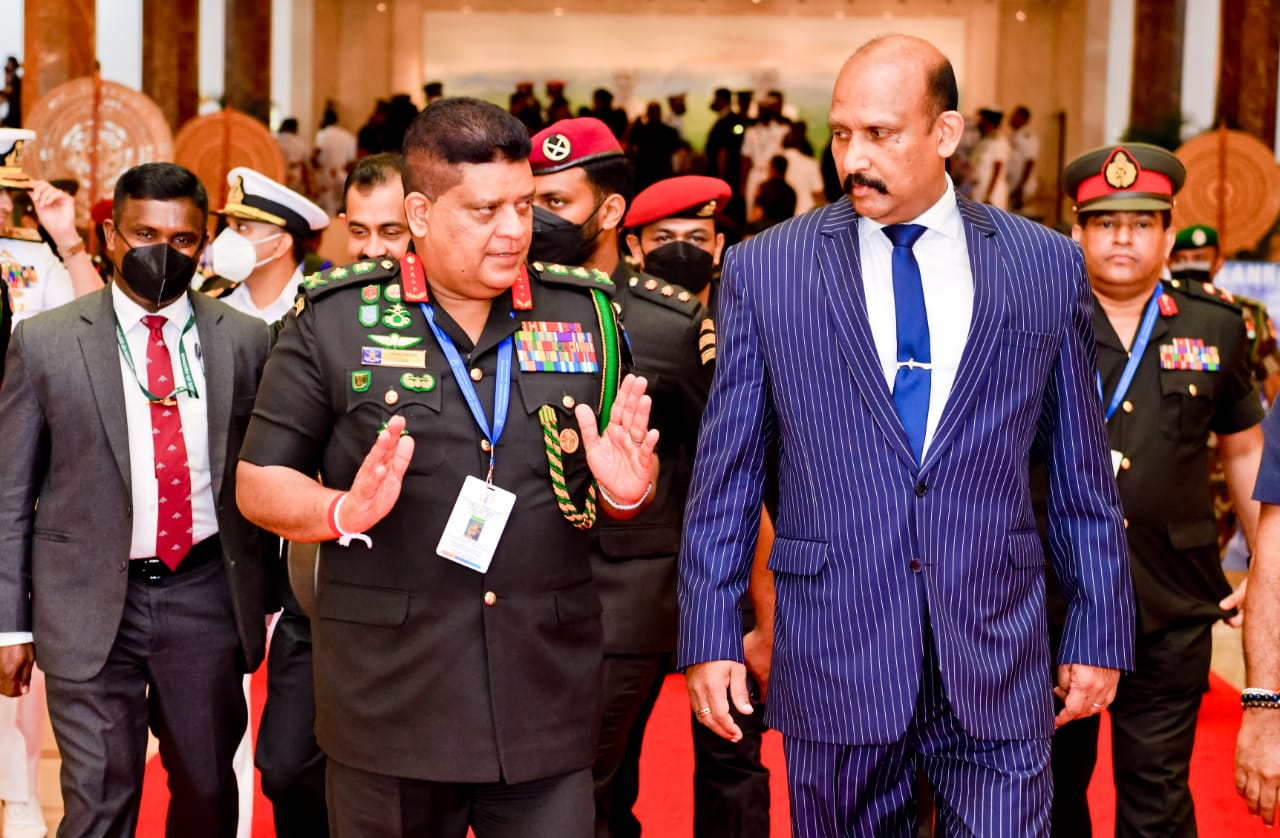 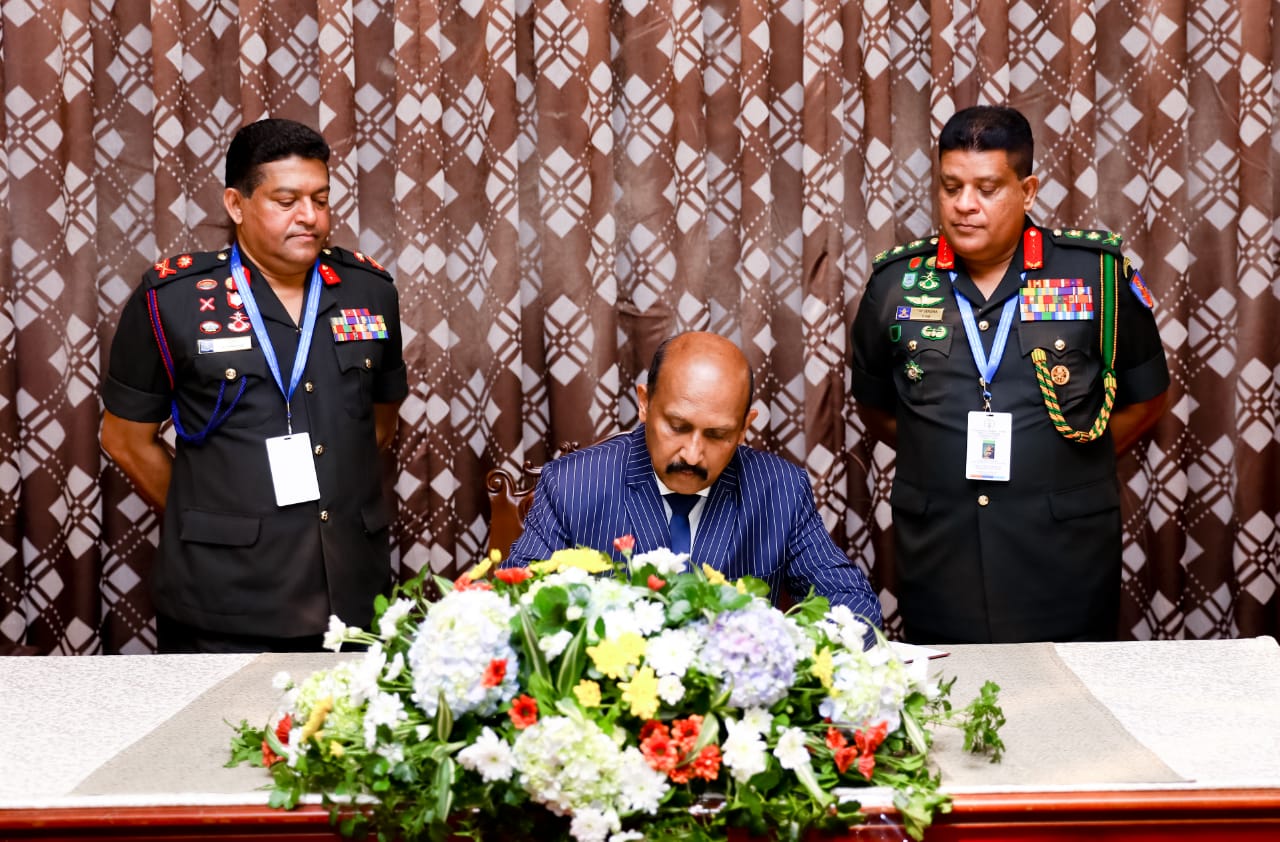 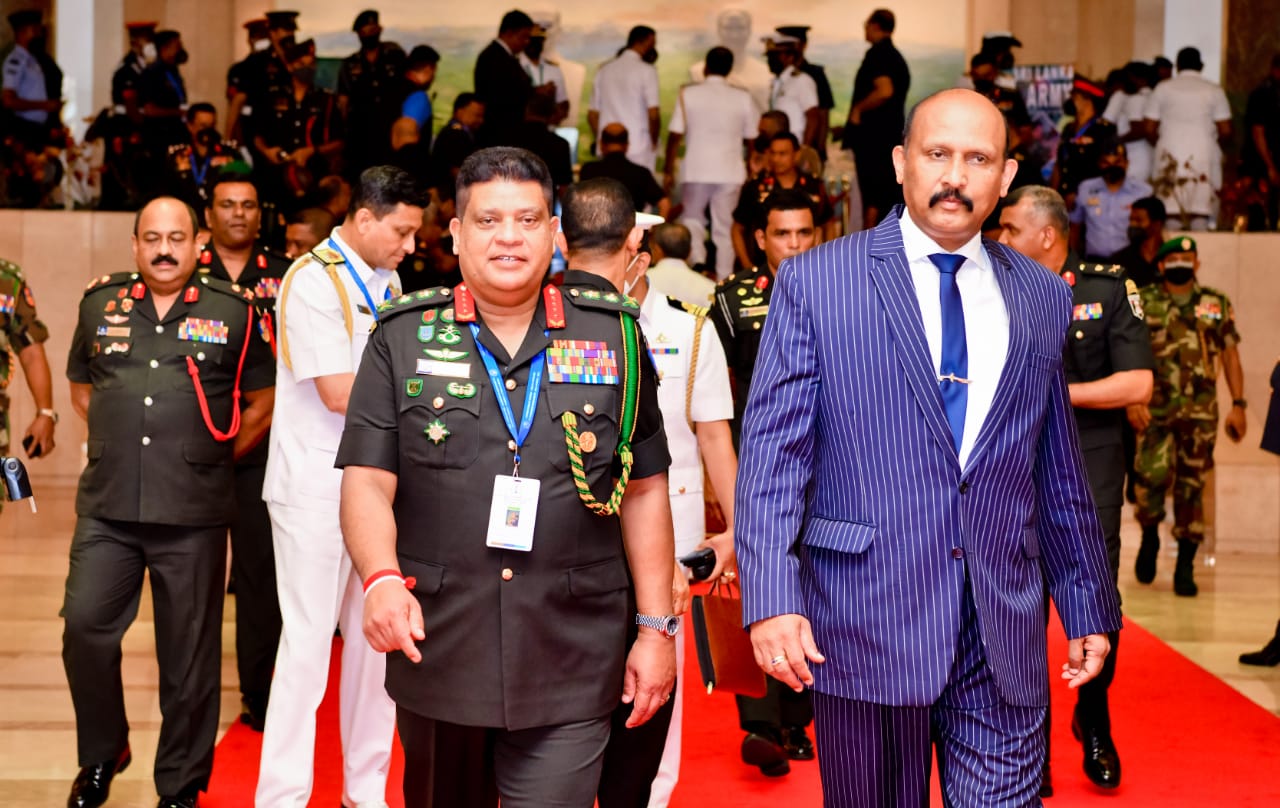 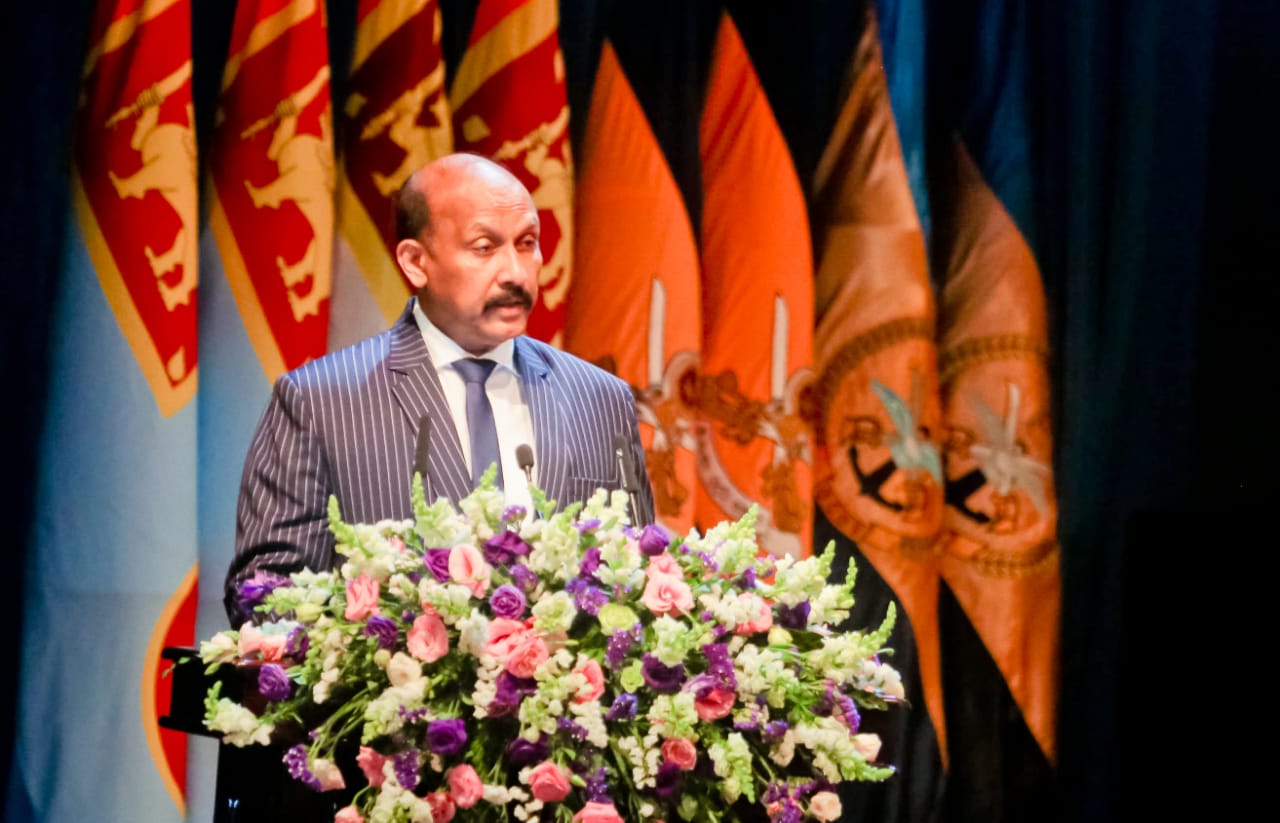 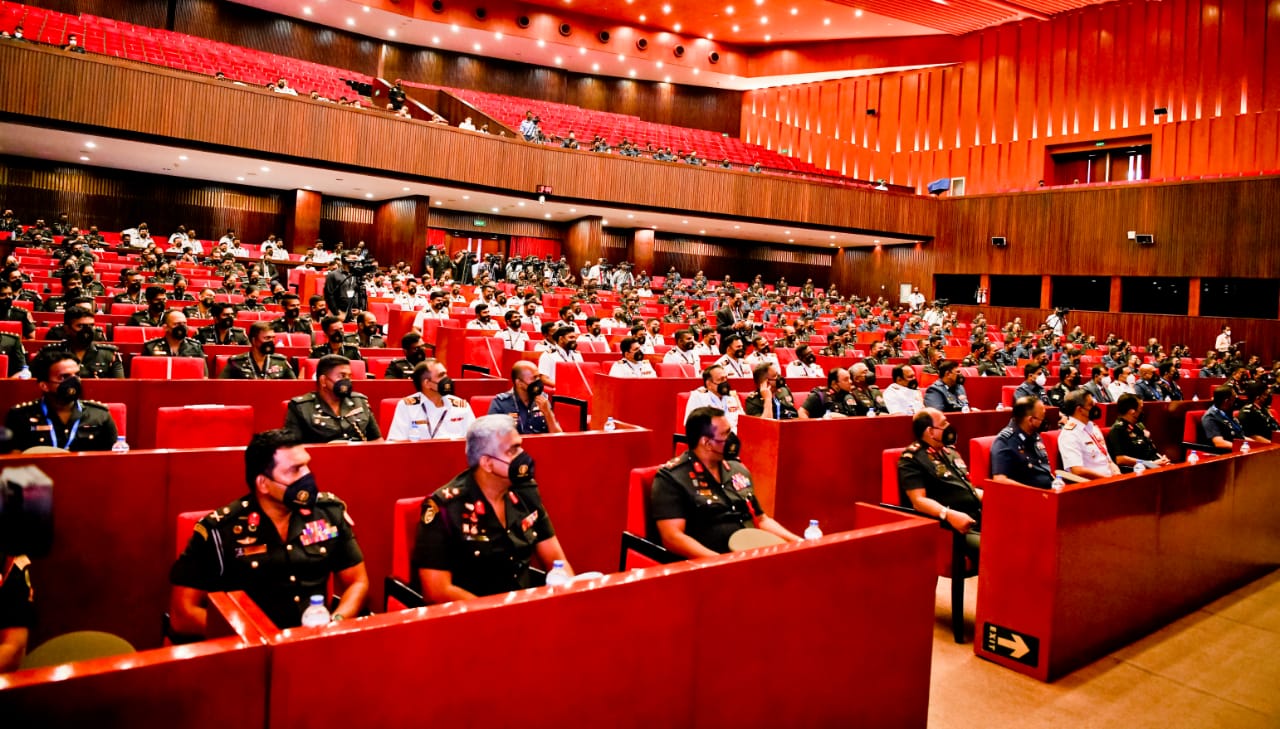 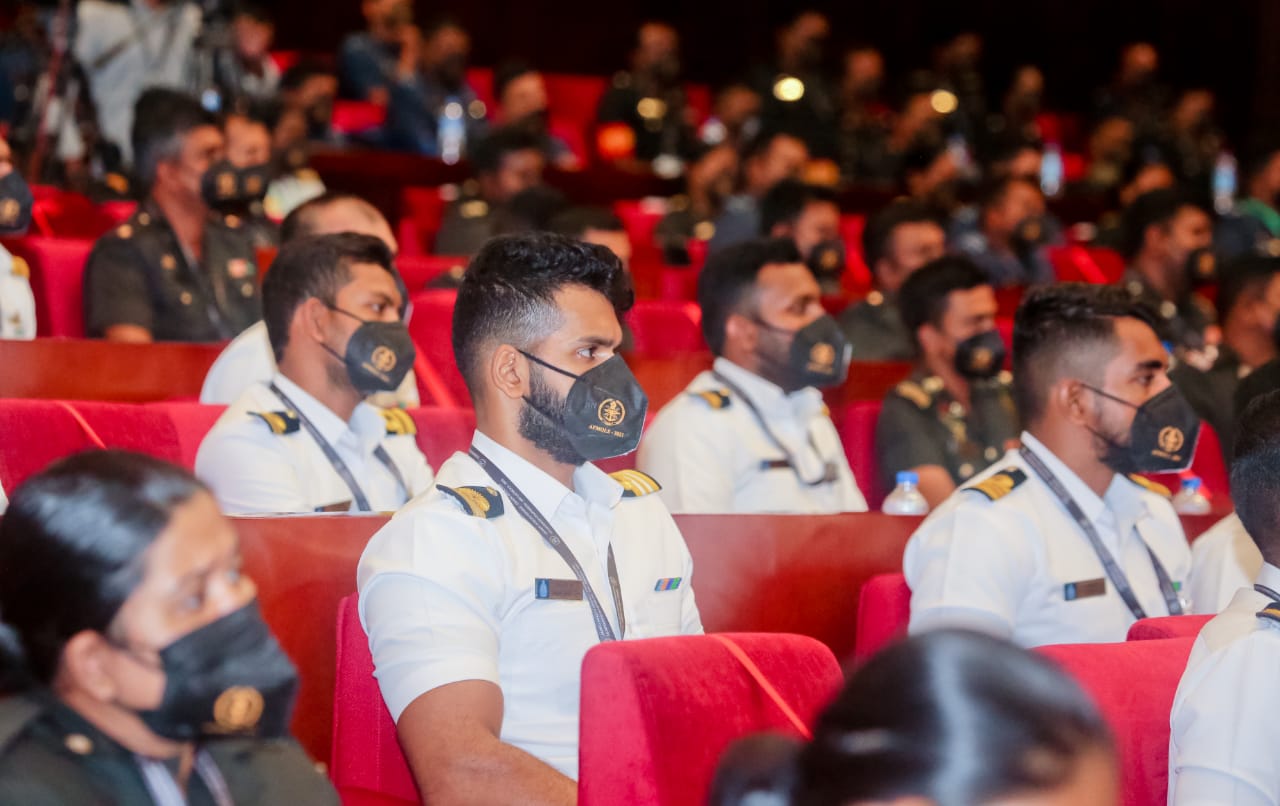 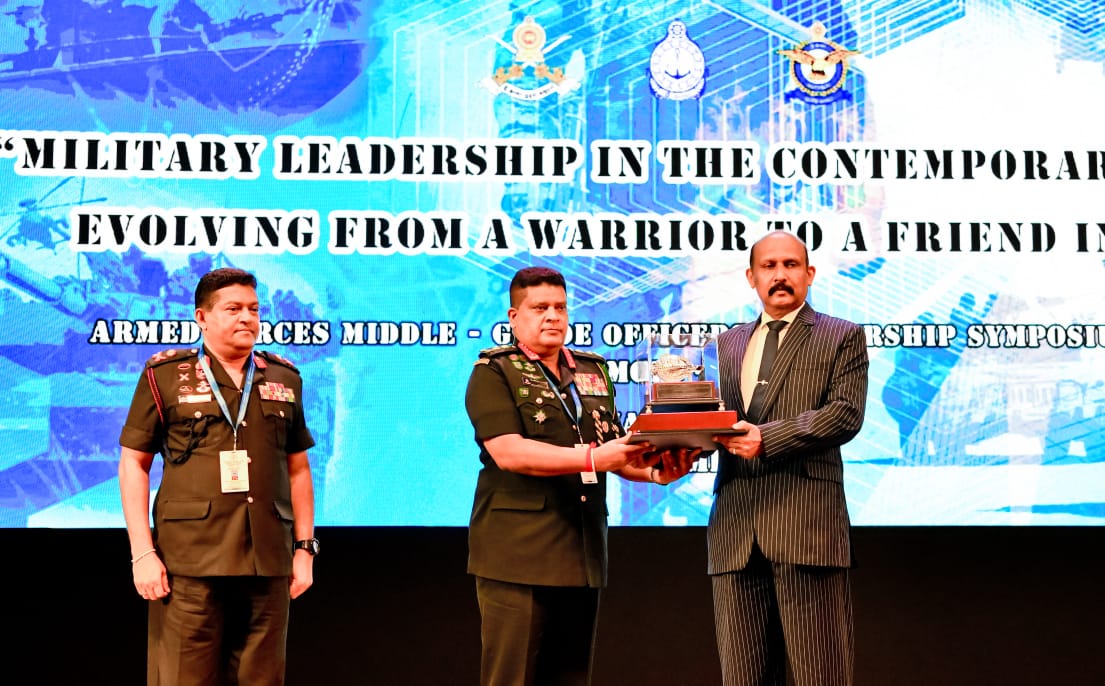 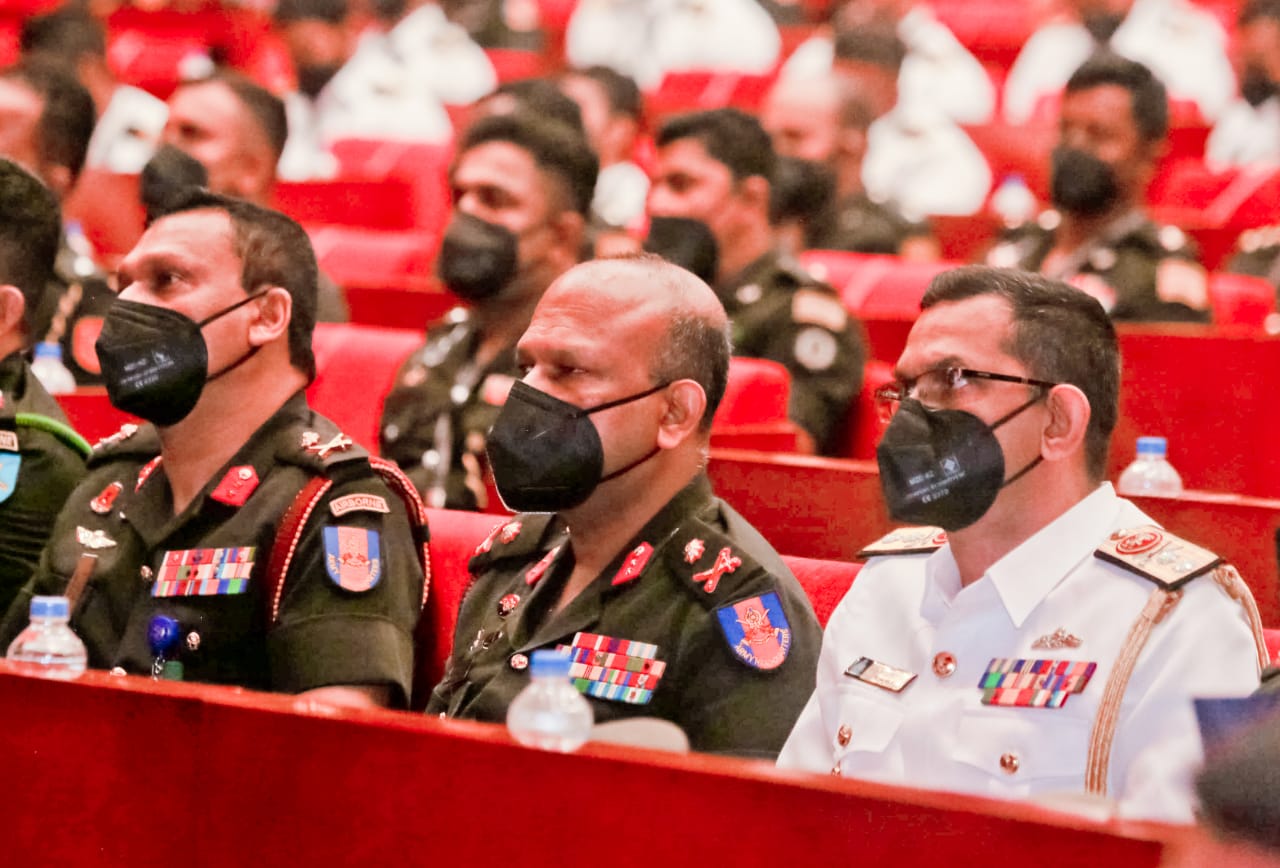 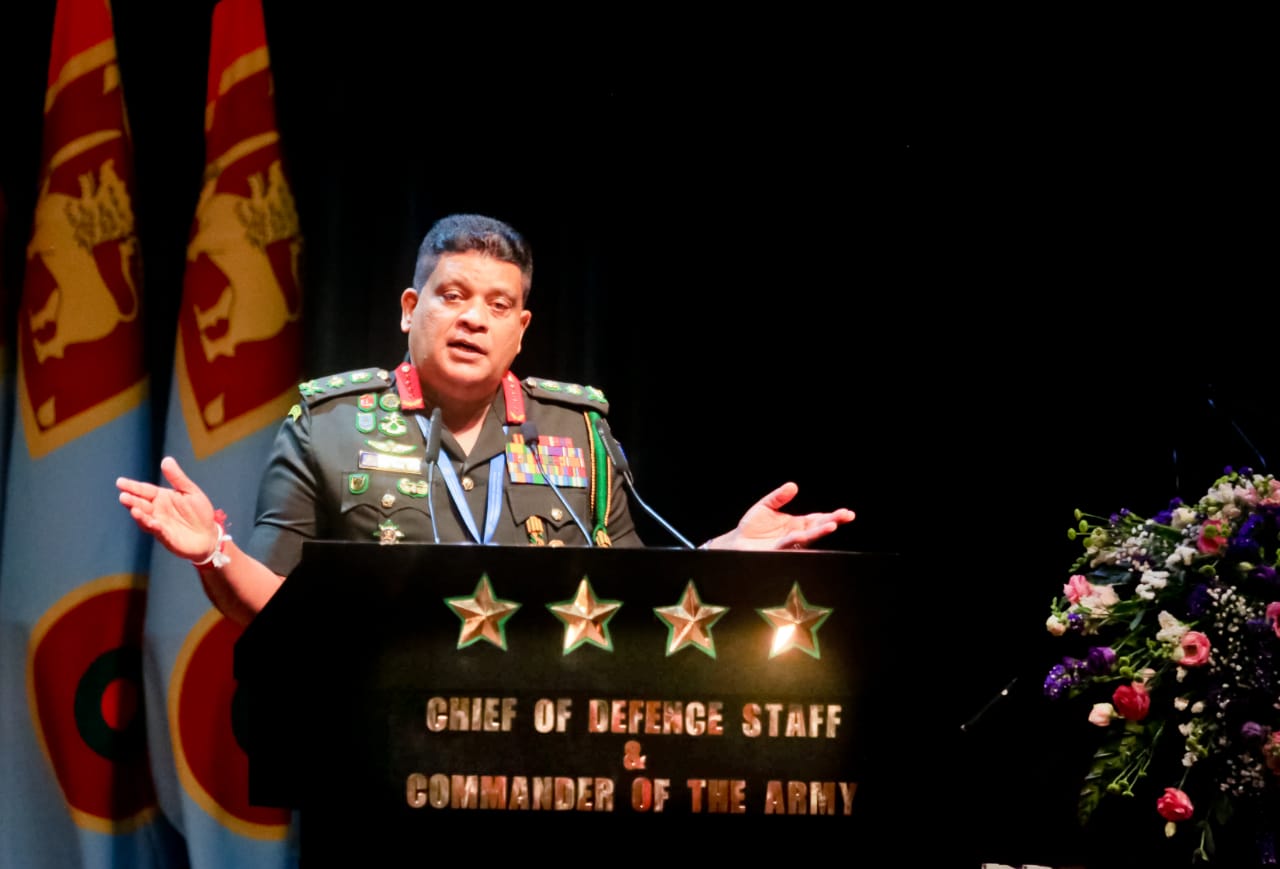 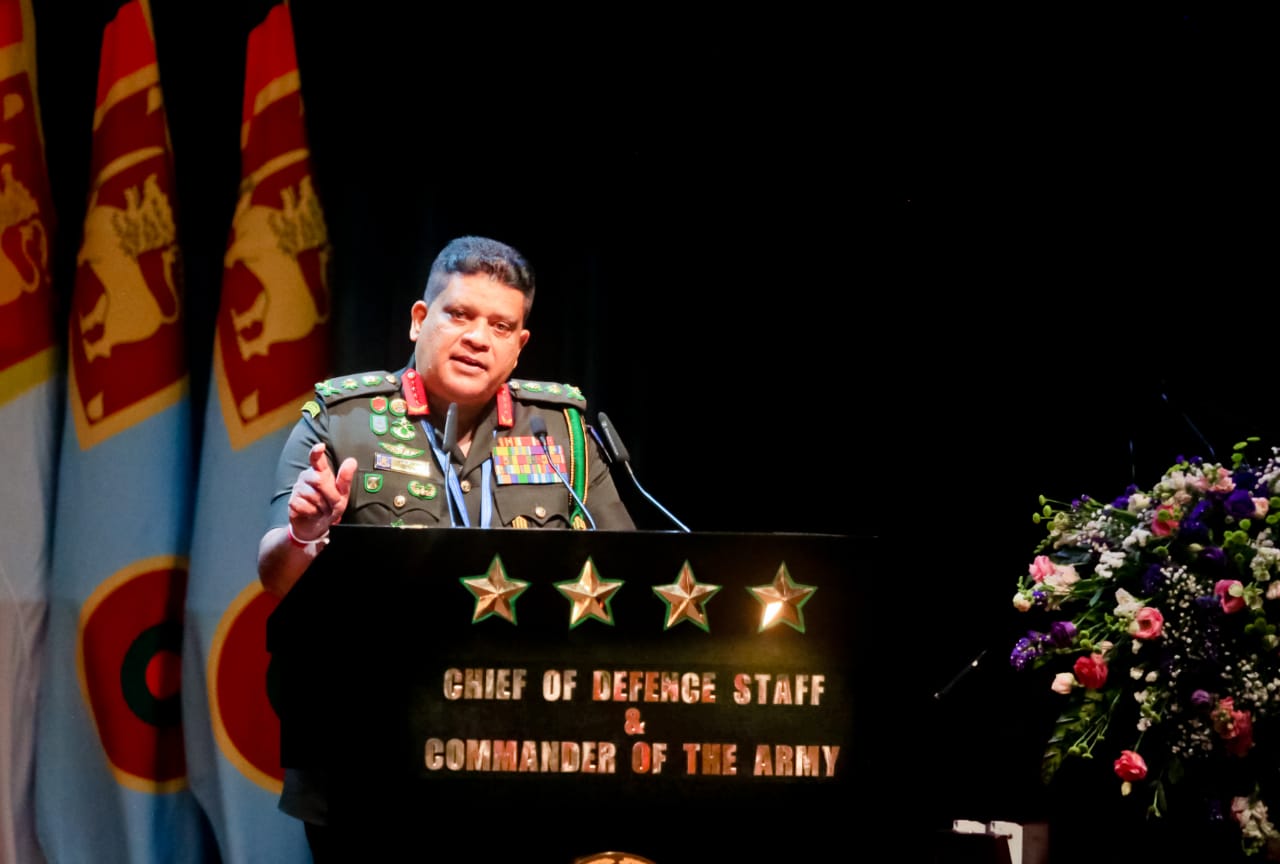 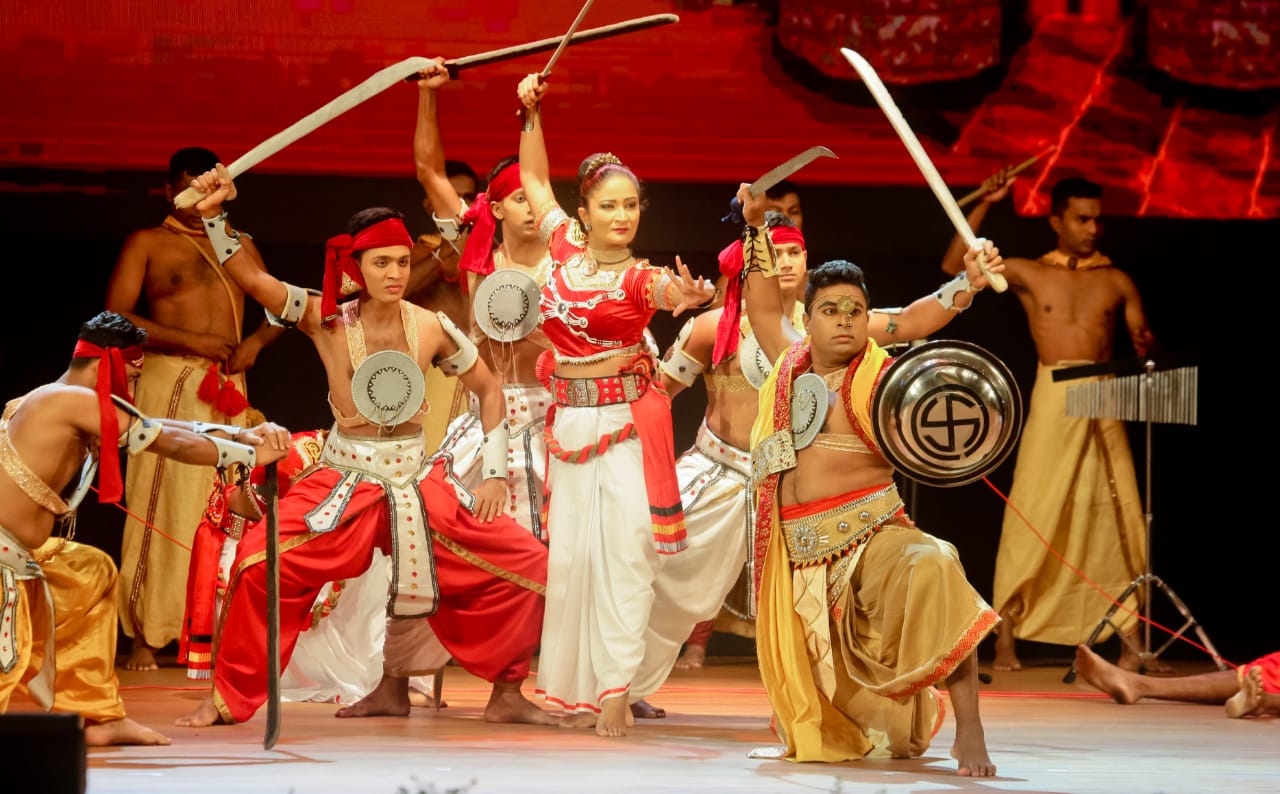 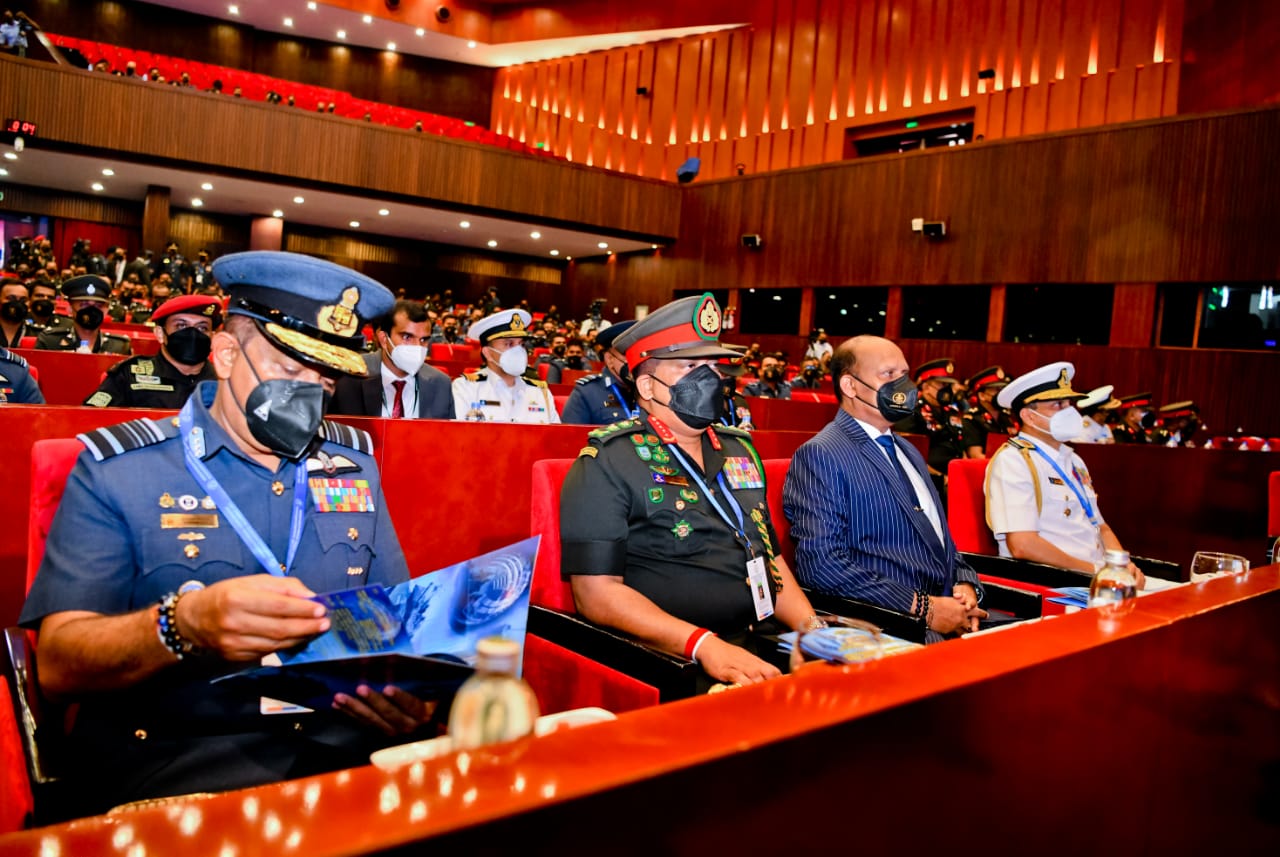 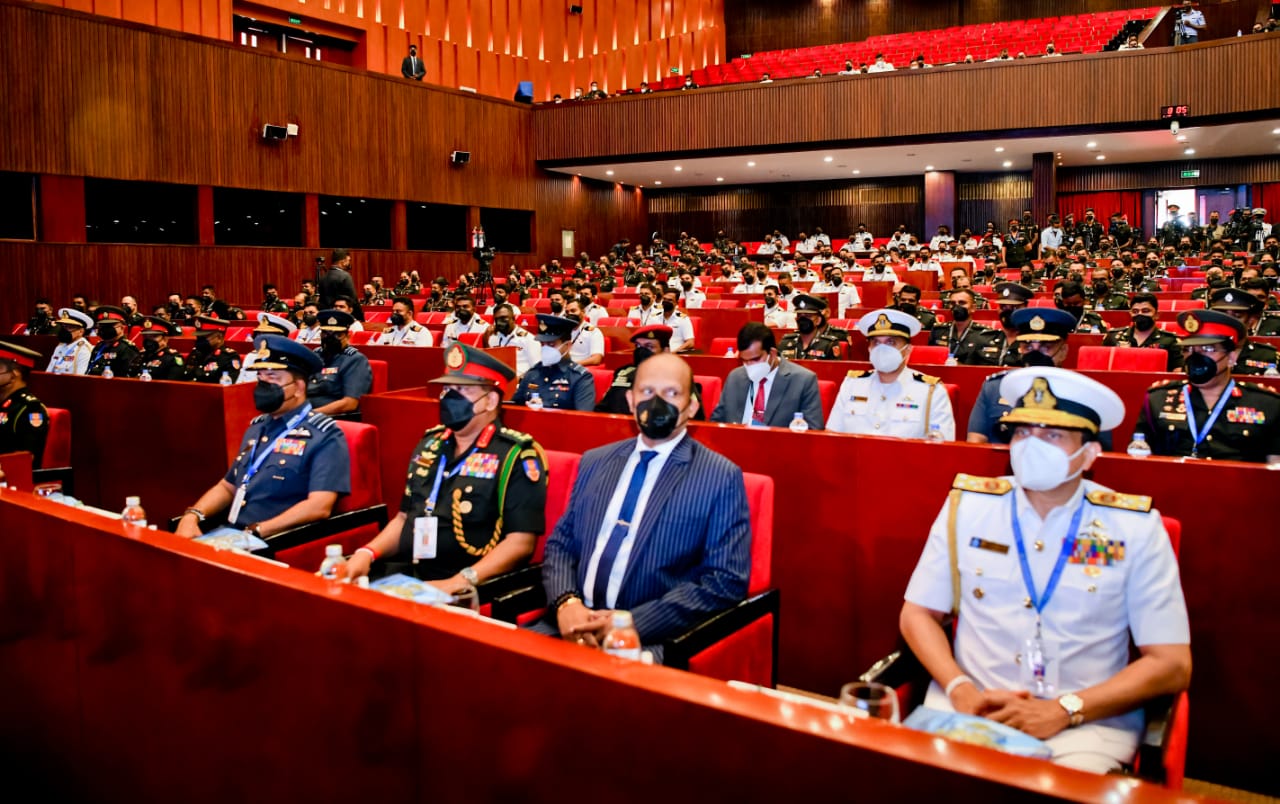 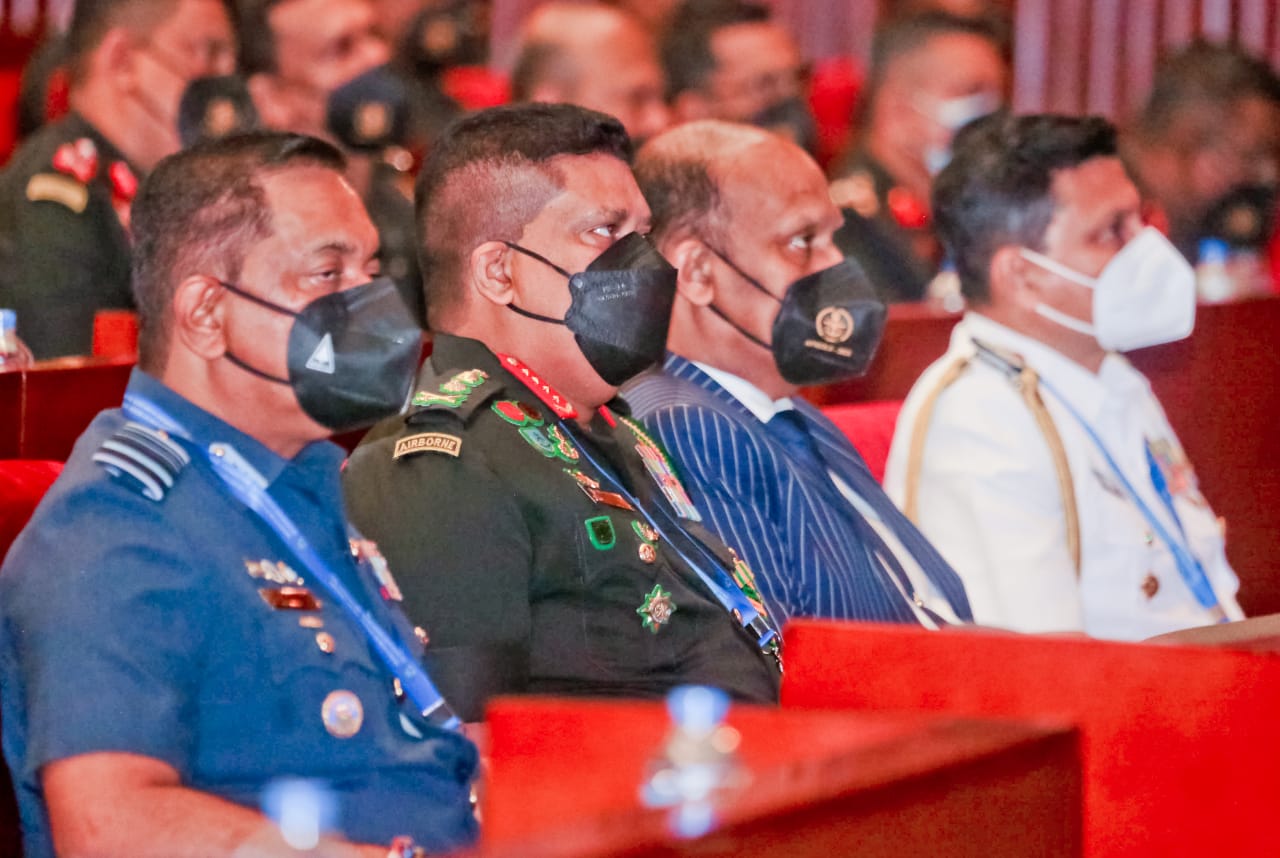 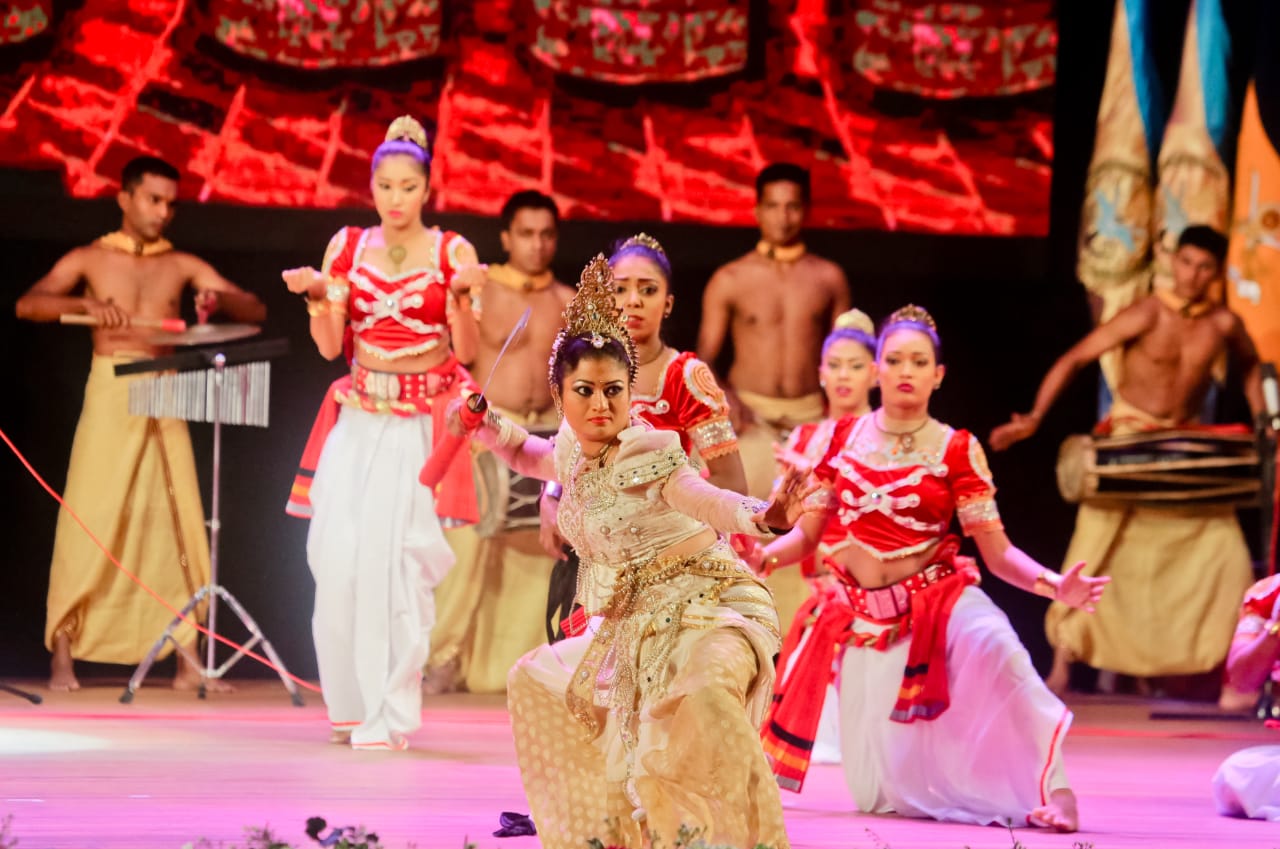 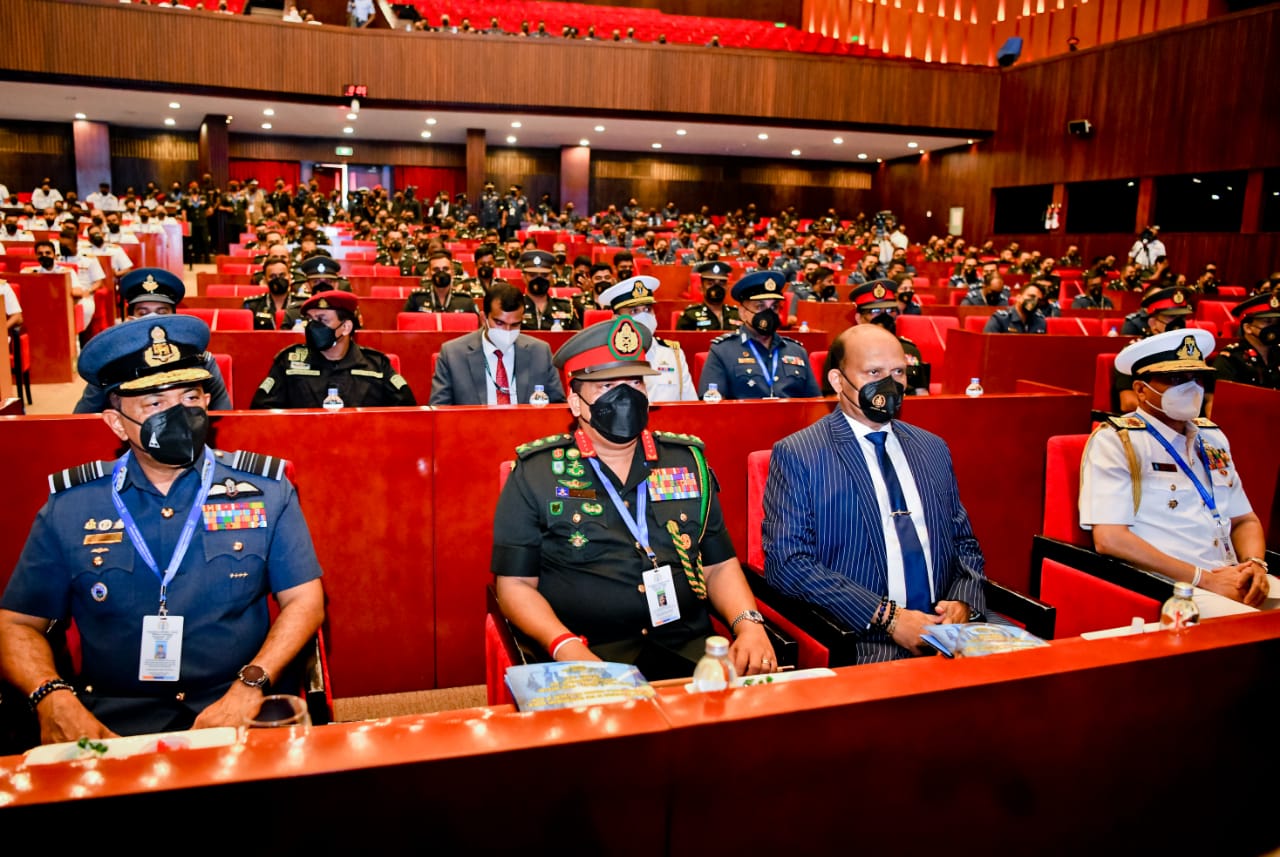