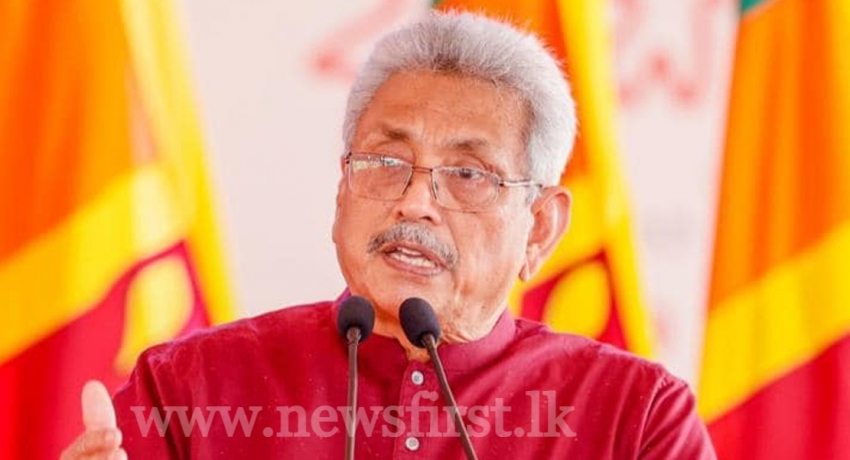 Cabinet will be limited to 30, no new additions to Cabinet – President

Cabinet will be limited to 30, no new additions to Cabinet – President

COLOMBO (News 1st); President Gotabaya Rajapaksa said that he will limit his cabinet to 30 ministers as per the constitution, and will not break the promise by adding additional members to the cabinet.

The President was speaking at the event organized to launch the program to convert 1000 schools in Sri Lanka to National Schools.

At the event, the President had stressed the need for MPs and ministers to work together as one group, adding that it is a collective responsibility to address all setbacks as a group as well.

The President had pointed out that if one is only criticizing the shortcomings, it depicts the inefficiency of the said individual.

Further, the President said that it is also the duty of the MPs representing the opposition to support the decisions made on behalf of the people.