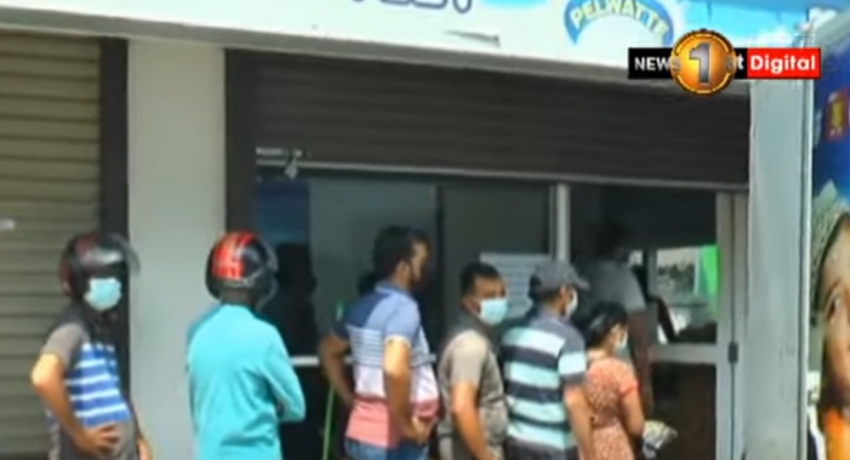 COLOMBO (News 1st); Customers say that although a token system was implemented when milk powder was being sold to consumers recently, no tokens are being sold as of now.

Long queues were seen in front of local milk shops in several areas including Mirihana on Wednesday (06).

Speaking to News 1st, many customers stated that they had to obtain special leave or were unable to go to respective workplaces due to the need to purchase milk powder.

Recently, Police was also involved in suppressing the crowds who were attempting to purchase milk powder, and long queues are becoming a common sight around urban areas.