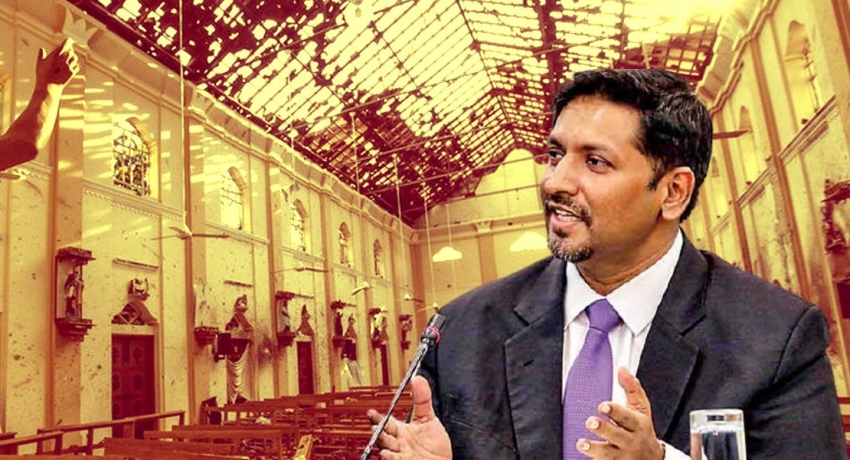 COLOMBO (News 1st); Former State Minister of Defence Ruwan Wijewardene told the court that State Intelligence Chief Nilantha Jayawardena apologized to him for not keeping him informed about the intel received on the Easter Attacks, until the attacks took place on the 21st of April 2019.

He was testifying at the Colombo Permanent High Court Trial-at-Bar on Tuesday (14).

Ruwan Wijewardene said that when he questioned the Senior Intelligence Officer as to why he did not inform him about the intel, at a time when the then-President was overseas, Nilantha Jayawardena had apologized.

Ruwan Wijewardene also told the court that whenever the President of the Yahapalana Administration (Good Governance) flew overseas, he was appointed as Acting Defence Minister on four occasions, and the letters of appointment were often given to him after the President returned to Sri Lanka.

The witness also told the court that then-Prime Minister Ranil Wickremesinghe called for an urgent Security Council meeting immediately after the attacks, and the instructions to attend the meeting were disregarded by the Defence Secretary, Inspector General of Police, or others, despite informing them on four different occasions to be present at Temple Trees.

Ruwan Wijewardene said he was later informed that then-President Maithripala Sirisena had given instructions from overseas as to NOT attend that meeting.

Ruwan Wijewardene also said that then-Defence Secretary Hemasiri Fernando informed him that a Security Council cannot convene without the approval of the President, and therefore, he attempted to contact then-President Sirisena over the phone, however, those attempts were futile.

The witness also told the court that he, the State of Defence at the time, or then-Prime Minister Ranil Wickremesinghe were never invited for the Security Council meetings during the Yahapalana Administration.

He said that Ex-Defence Secretary Hemasiri Fernando informed him that President Sirisena ‘was not happy to see them’ at the meetings.

Ruwan Wijewardene said his office was located on the third floor of the Defence Ministry, and the Security Council meetings and review meetings took place very close to his office, yet he was never invited to those meetings.

It is the responsibility of the Defence Secretary to take necessary steps to assure National Security, at a time when there is Acting Defence Minister when the President goes overseas, he added.

Wijewardene was testifying at the Colombo Permanent High Court Trial-at-Bar on Tuesday in the case filed against the Ex-Defence Secretary for failing to take action to prevent the 2019 April 21st attacks from taking place, despite having information about the attacks.

The case filed by the Attorney General was taken up in the presence of Justice Namal Balalle, Adithya Patabandige, and Mohamed Irsadeen.