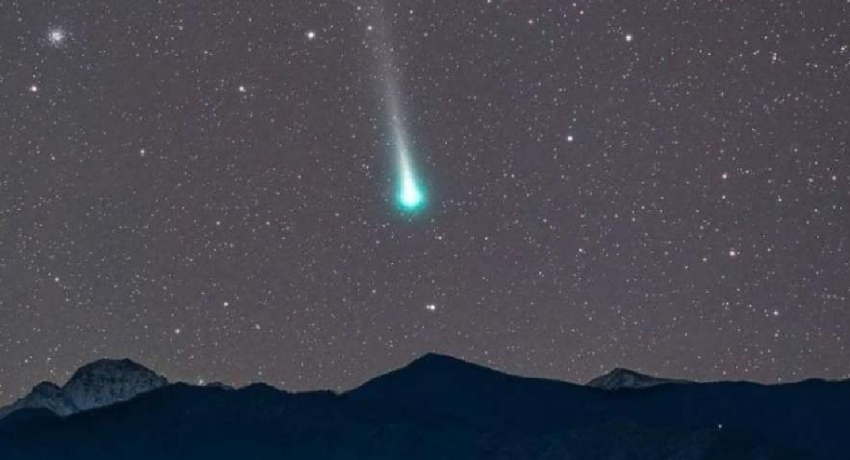 Comet Leonard visible to earth in December, spending 35,000 years traveling toward the sun.

Comet Leonard visible to earth in December, spending 35,000 years traveling toward the sun.

COLOMBO (News 1st); There is a new comet in town, and December is your only chance to see it before it disappears forever.

Astronomers say that Comet Leonard is our best and brightest to see in 2021.

Prof. Chandana Jayaratne, from the Department of Physics, University of Colombo speaking to News 1st said the celestial object has likely spent the last 35,000 years traveling toward the sun.

Once it makes a close pass of our star on January 3, we won’t be seeing the comet again.

The comet was first discovered in January by astronomer Greg Leonard.

As the comet nears the sun, it brightens, which is why the weeks leading up to this event make the comet easier to see.

It’s also an ultrafast comet, blazing through the inner solar system at 158,084 miles per hour (71 kilometres per second), but it will still appear like a slow-moving object due to its distance from Earth, according to EarthSky.

The comet will be visible in the skies of both the Northern and Southern hemispheres this month.