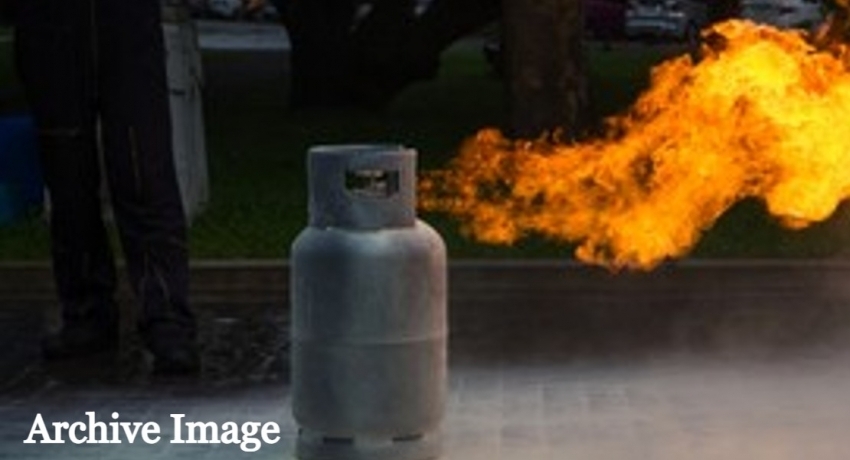 COLOMBO (News 1st); The fourth incident of a domestic gas cylinder exploding within a month, was reported from Kottawa on Thursday (25).

During the early hours on Thursday (25), the domestic gas cylinder at a house close to the Pannipitiya School Junction in Kottawa, exploded causing serious damage to property, and fortunately, no one was injured.

Residents said that they heard an explosion and decided to remain indoors and only when they came out of their rooms later that they realised an explosion had taken place.

3rd March 2021: One person died when a gas cylinder at a hotel in Sangharaja Mawatha, Colombo exploded.

4th November 2021: A gas leak resulted in an explosion at a tourist hostel in Kapparatota, Weligama.

Sri Lanka’s Government Analyst’s Department has ruled that a gas leak was the cause for the incidents in Colombo 07 and Weligama.

The Government Analyst’s Department in a statement said that the fire at the Colombo 07 Fast-Food outlet has taken place after LP gas leaked within the premises and spark from electric appliances caused an explosion.

However, Thushan Gunawardena, Sri Lanka’s Former Consumer Affairs Chief raised concerns over the composition of gas cylinders, back in August 2021 on the Mawatha program.

“There is an SLS standard for gas cylinders. However, there is no standard for the cylinder or the gas composition, meaning that the company can add gas as they please,” he said.

He said when companies introduced the 18-liter gas cylinder, the composition was 50% Butane and 50%, which is NOT domestic gas but Industrial Gas.

‘This does not take place in other countries,” he said during the program in August.

On Wednesday (24), Litro Gas Lanka Chemical Reaction Engineer Jayantha Basnayake said there is no change in the composition of the domestic Liquid Petroleum (LP) gas cylinders.

He said gas cylinders are released based on the safety of the cylinder.

“The SLS 712 air pressure standard is provided by the Sri Lanka Standards Institution. The mixture is made according to the climate of Sri Lanka. This equation varies for India and other developing countries. The composition is produced according to the standards required by our country,” the Chemical Reaction Engineer added.

However, Energy Expert Nimal De Silva said the composition change (50 – 50) would create a serious issue as the accepted composition is 20 – 80.

“The valve, regulator, and the pressure must be inspected at all times,” he said.