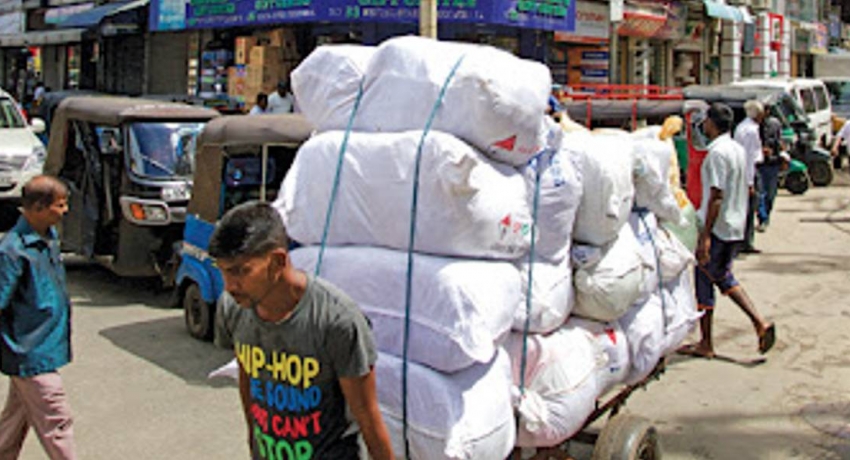 COLOMBO (News 1st); The laborers in Pettah, or the “Nattami” have taken to the streets unable to bear the cost of living.

The group of laborers have been out of service since today (22) morning, demanding for the compensation granted to transport goods to be increased.

The laborers of the Fifth Cross Street, Pettah were seen protesting saying that the compensation given for transportation of goods to be increased to Rs. 15.

The laborers were demanding for Rs. 15 to be given for them to load and unload goods, which is an increase from the usual amount of Rs. 6, 7 or 8.

They were stating that it had come to a situation where it is difficult for persons to eat and drink with the compensation, and all that the laborers were demanding is to simply have Rs. 250 for lunch, which they stated was a fair rent.

The laborers also stated that they will no resume activities until Rs. 15 for loading and unloading is paid.

Pointing out that the compensation for loading and unloading goods had been the same since 1989, the laborers stated that it is difficult to raise children and families with the current payment.