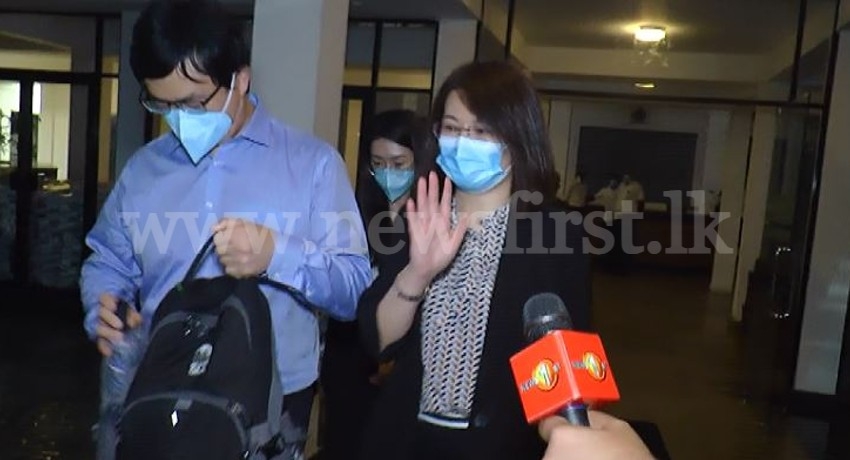 A delegation from Qingdao Seawin Biotech Group Co., Ltd, led by the Chinese Embassy personnel visited the Agriculture Ministry on Monday (8) to discuss the matter, he told News 1st.

However, the Minister declined to comment further citing that legal case is pending with courts over the matter.

The meeting at the Ministry of Agriculture took place with relevant stakeholders as per a request made by the Chinese Ambassador.

The General Manager of Qingdao Seawin Biotech Group Co., Ltd and its Chief Technical Officer Anna Song was present at the meeting.

It was reported that though she attempted to make comments to the media, Chinese Embassy personnel prevented her from doing so.

The delegation was taken away when News 1st questioned on what grounds the Chinese Company will file an action against local institutions.