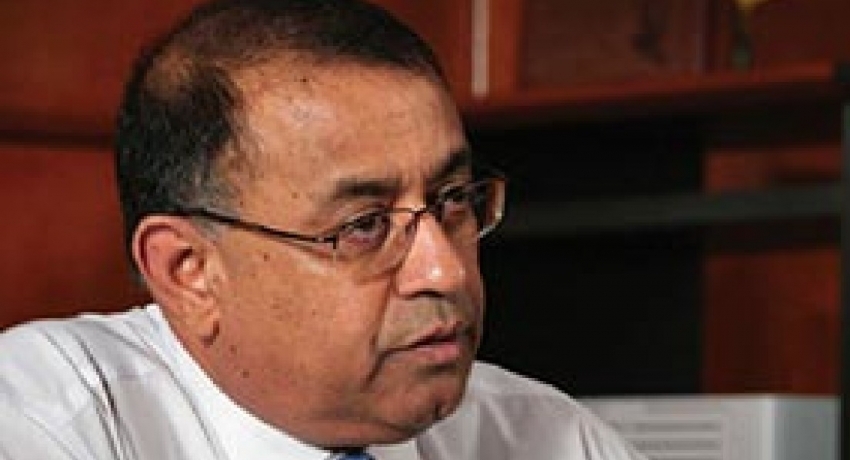 COLOMBO (News 1st); P. B. Jayasundara, the Secretary to the President states that strict legal action will be taken against false reports that are circulated about him.

The President’s Media Division in a statement on Sunday (24) said that the Secretary to the President vehemently rejects the false and fabricated reports that target him by quoting a comment made by an opposition Member of Parliament with regard to the opening of an account with a state bank to import fertilizer from India.

The President’s Media Division said those reports are false and malicious, adding that opening an account is a matter between the bank and the account holder while the bank is accountable for following due process.

Secretary to the President P. B. Jayasundara states that strict legal action has already been taken with regard to the premeditated false reports that target him, by quoting a comment made in Parliament.

A simmering controversy erupted on Friday (22) when JVP MP Vijitha Herath gave parliament details of a bank account opened a week ago, and used to transfer funds to purchase the nano-fertiliser stock from India.

Secretary to the President, P.B. Jayasundara, on Saturday (23) vehemently denied the allegations against him, as published in a Sri Lankan daily newspaper.

A statement from the President’s Media Division stated that the newspaper report was false, untrue and malicious.

In his denial, ‘PBJ’ has said an unequivocal investigation will be carried out into the malicious allegations, and the PMD noted that Dr. Jayasundara had informed the Inspector General of Police to summon all parties with regard to the article and conduct an extensive investigation.

The scandal revolves around approximately US$ 1.2 Million being transferred to the private bank account of two individuals Mohan Perera & G. M. Weerasinghe of ‘United Farmers Trust Limited’ for the acquisition of nano-fertiliser from India.

JVP Parliamentarian Vijitha Herath in an explosive revelation to Parliament said that Sri Lanka had deposited $ 1.275 Mn to an account of a private company as payment for the recently imported Nano-Nitrogen Fertilizer from India.

However, the MP alleged that Secretary to the President Dr. P. B. Jayasundara had intervened and ordered the People’s Bank to open a separate private account at its Town Hall Brach under the name ‘United Farmers Trust Limited’.

The MP said that it was also revealed that the director of ‘United Farmers Trust Limited’ had continuously requested People’s Bank to convert the remaining money into local currency, adding that too is a serious cause for concern.

Agriculture Minister Mahindananda Aluthgamage in response said it was the Indian High Commission that facilitated the fertilizer imports and IFFCO had appointed ‘United Farmers Trust Limited’ as its representative in Sri Lanka.

Therefore, the government paid the designated representative and they opened the LCs for the fertilizer imports.