(ICC) Curtis Campher, the Ireland pace bowler, joined Lasith Malinga and Rashid Khan as the only men with the remarkable feat of taking four wickets in as many balls in T20Is.

Campher’s heroics came in the 10th over of the Netherlands’ innings against Ireland in their opening match of the ICC Men’s T20 World Cup 2021 in Abu Dhabi.

He was bowling his second over for the day, having gone for 12 runs first up.

Varying his length through the over and angling the ball in, he sent back Colin Ackermann, Ryan ten Doeschate and Scott Edwards to take a hat-trick, before adding Roelof van der Merwe to his victims.

Ireland restricted the Netherlands to 106 runs.

Ireland made light work of the 107-run target set by Ireland.

Though Paul Stirling was not at his hard-hitting best, Gareth Delany’s 29-ball 44 ensured that they get to the target with 29 balls to spare.

Almost fittingly, it is Curtis Campher who hits the winning runs as Ireland open their account in Group A of Round 1. 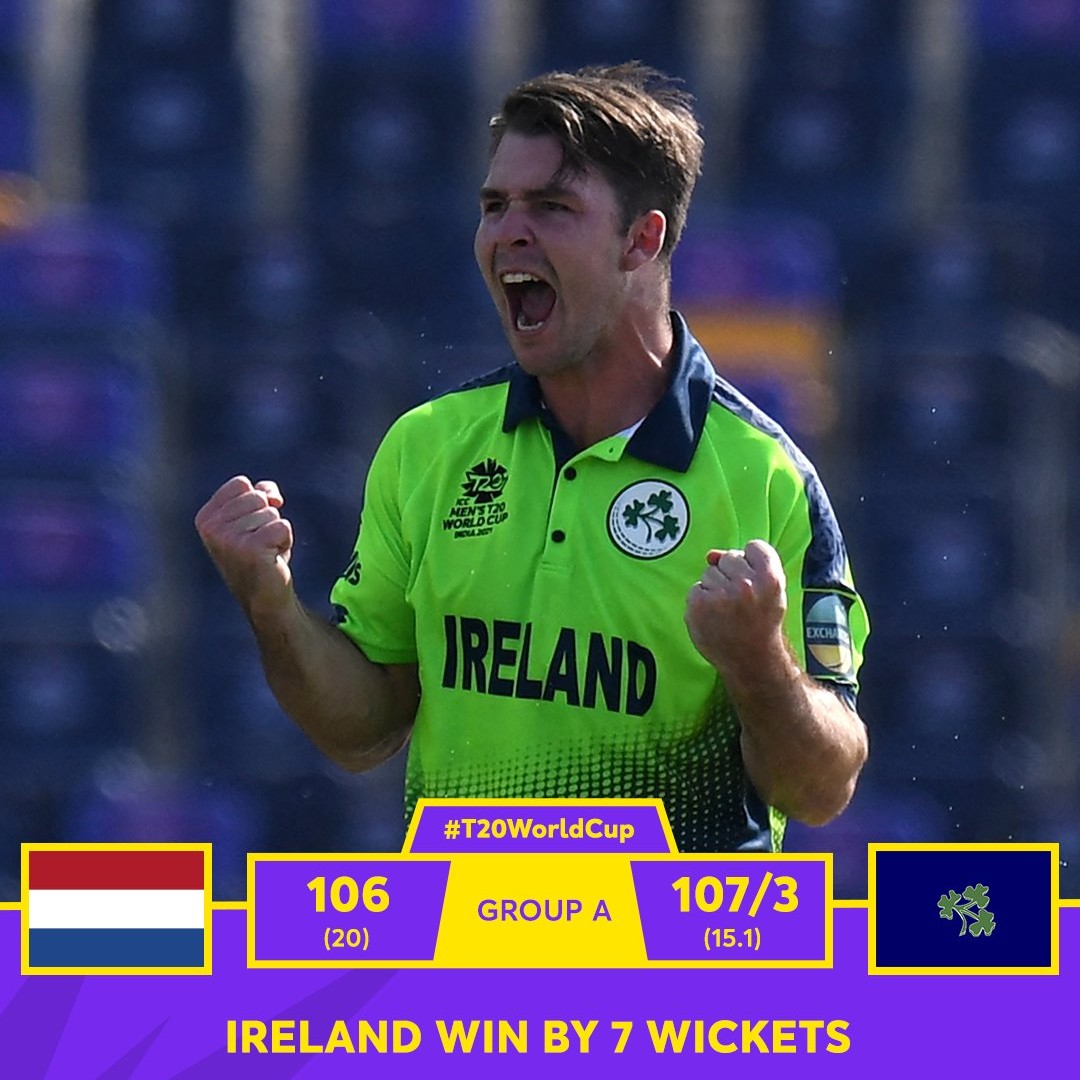