Oman won the toss and invited PNG to bat first.

On a bright and sunny Sunday, Oman made a blistering start to their #T20WorldCup campaign with two early breakthroughs with the wickets of Tony Ura and Lega Siaka, both dismissed for ducks.

Assad Vala and Charles Amini brought Papua New Guinea back into the contest after Oman pacers made early inroads.

Assad went on to make 56 while Charles managed to put up 37 to the score.

The 81-run stand bailed PNG out of trouble after two early strikes. After the two batters were back in the hut, the rest crumbled as Oman skipper Zeeshan Maqsood spun a web around the batting line-up.

However, that was it was PNG as the wickets started to fall, as Zeeshan Maqsood wrestled control back in Oman’s favour after three wickets in an over.

PNG were restricted to 129 for the loss of 9 wickets in their 20 overs.

After going at just above a run-a-ball in the first four overs, the openers upped the scoring rate in the last two overs of the Powerplay to take Oman to 46/0.

An unbeaten 131-run opening-wicket partnership between Aaqib Ilyas and Jatinder Singh guided Oman to a comprehensive win over Papua New Guinea in the opening match of ICC Men’s T20 World Cup 2021 with six overs to spare. 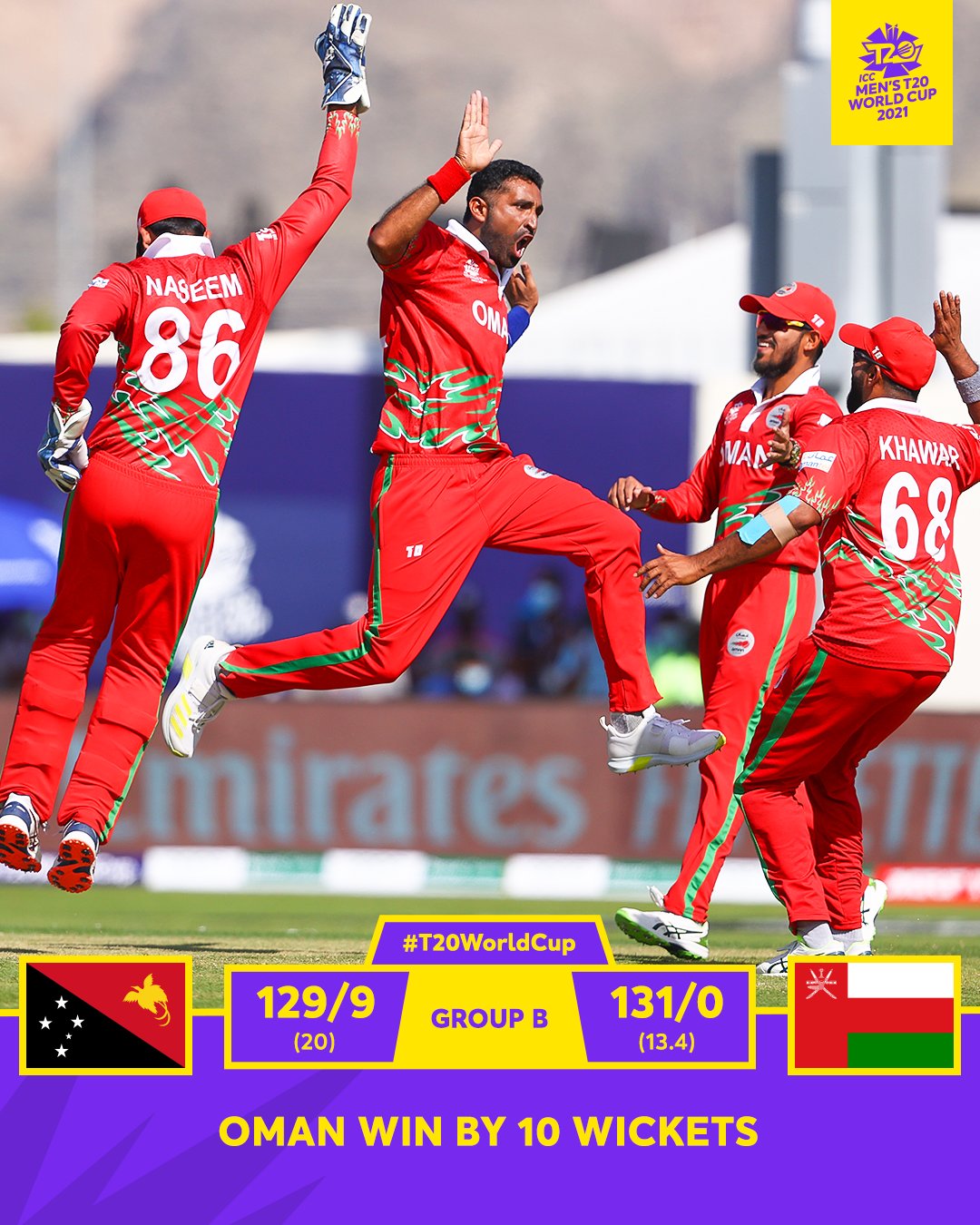 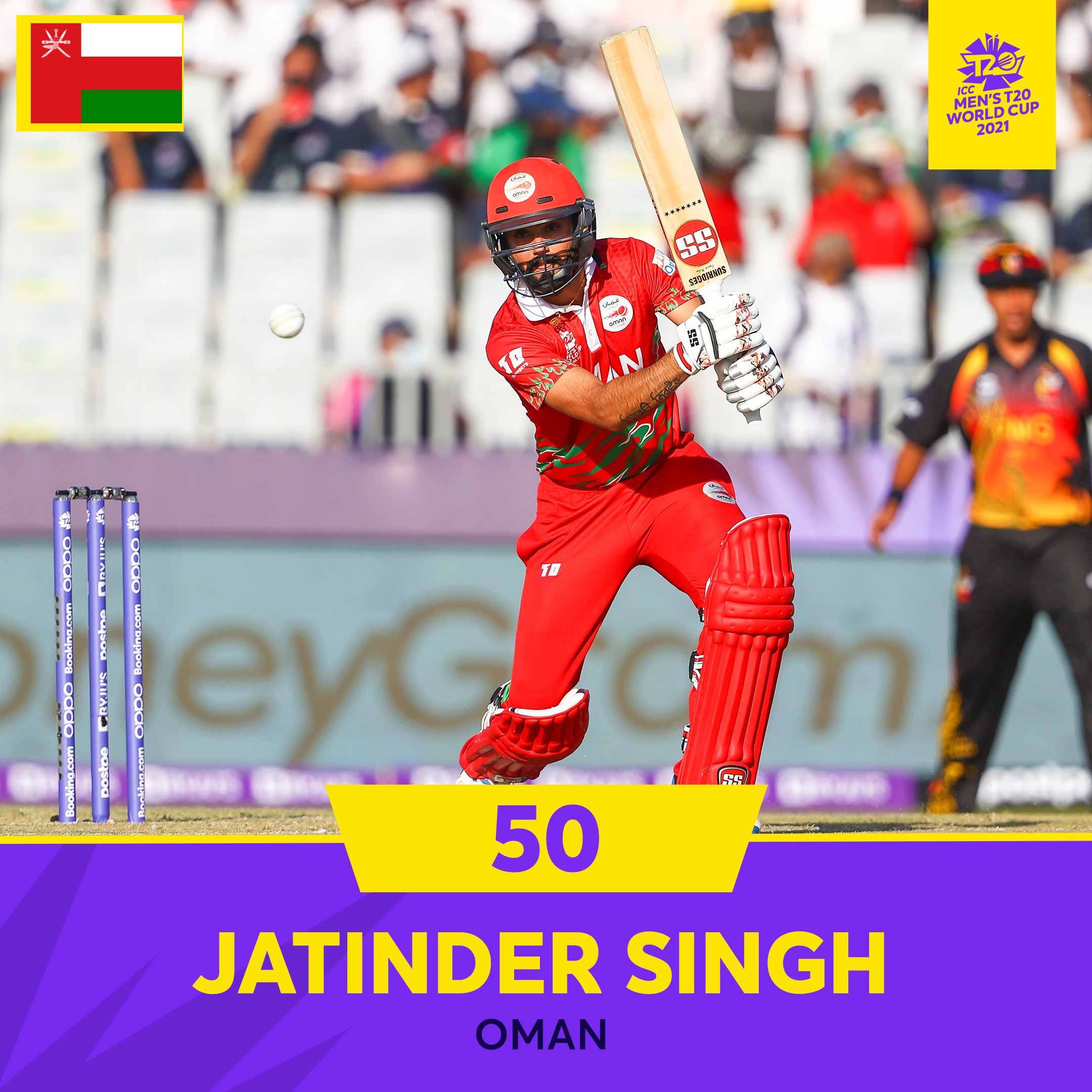 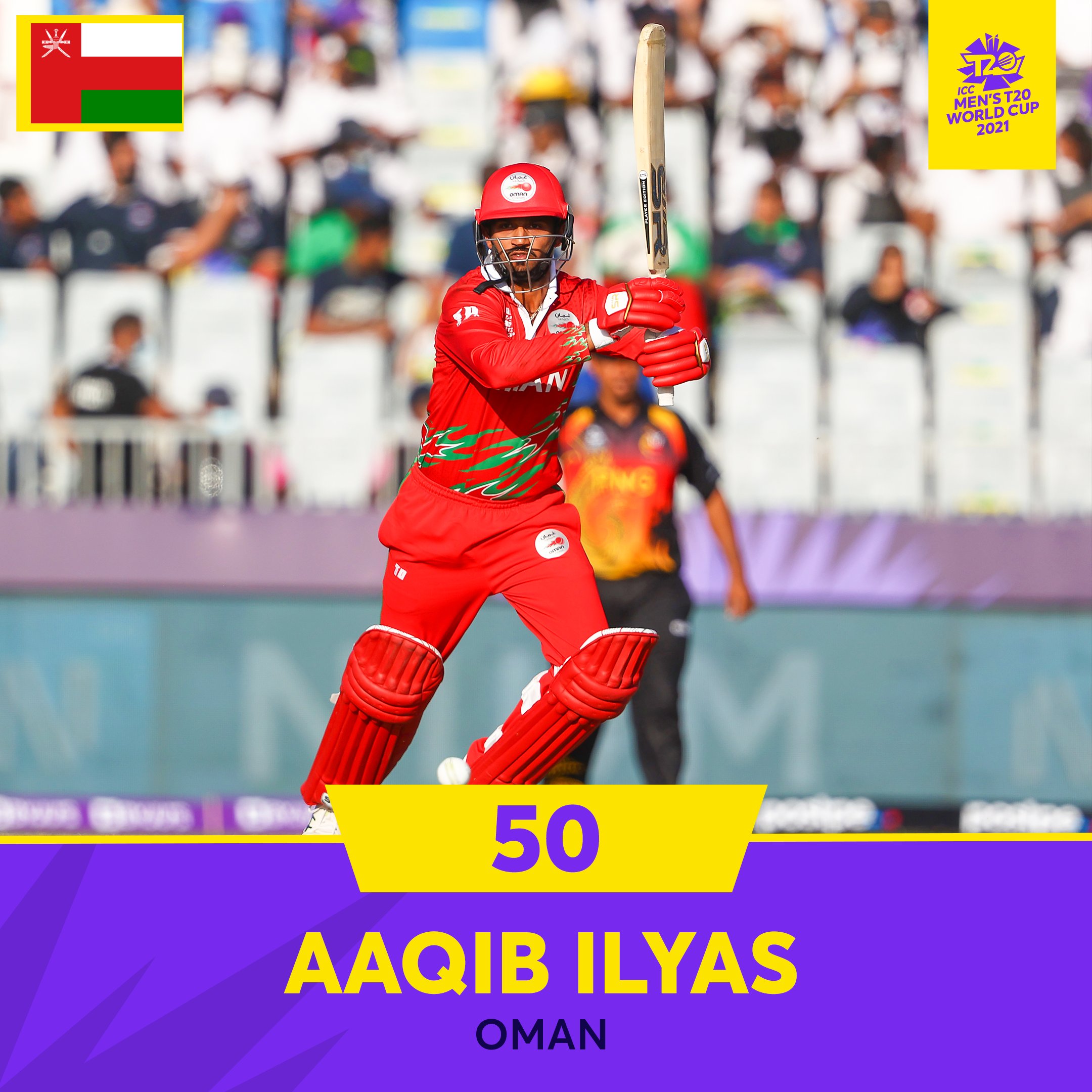