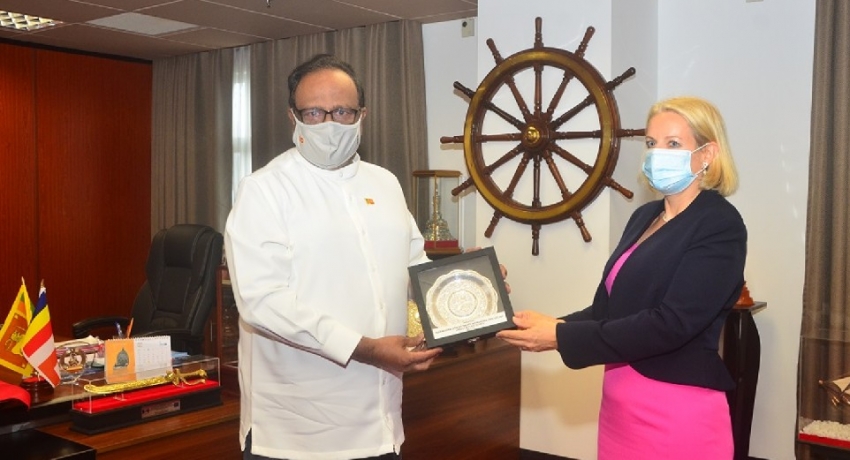 COLOMBO (News 1st); The High Commissioner of United Kingdom and the Minister of Public Security has discussed the reforms to be made to the Prevention of the Terrorism Act of 1979.

The two dignitaries discussed this when the High Commissioner of United Kingdom, Sarah Hulton called on the Minister of Public Security, Sarath Weerasekara recently.

The two dignitaries discussed several areas of mutual interest, including the enhancement of bilateral cooperation, the increase of representation and diversity in the law enforcement sector, reformations to be included within the current policing system of the country and other joint areas pertaining economical and socio-political relations between the two countries.

A delegation from the European Union recently visited Sri Lanka to ascertain the grounds for continuing granting the GSP+ facility to the country.

The findings of the delegation are yet to be presented to the European Parliament.