COLOMBO (News 1st): President Gotabaya Rajapaksa has urged all Sri Lankans to extend their support to take the country forward under one law as one country, in the absence of any form of corruption.

“There is no room for excuses,” said the President addressing the 72nd Army Day Anniversary celebration at Anuradhapura, Saliyapura Gajaba Regiment’s Regimental HQ on Sunday (10).

“The Armies in the world are not only meant for battles alone but for nation-building roles as well. Our tri forces during quarantine process and vaccination drive while cooperating with health sector joined hands to control COVID-19 and let me thank everyone for that dedicated support,” he added.

Over the past two years, national security has been given the priority by uplifting the self-esteem of the three Armed Forces and the Intelligence Services, by properly delegating their respective duties, noted the President.

The Head of State emphasized that he was committed to protecting the country from any recurrence of acts of terrorism or religious extremism.

The President assured that steps would be taken to introduced New Constitution and introduce a new electoral system as promised to the people, within the next year.

President Rajapaksa said that corruption and fraud would not be tolerated and that all officials should work for the people by making a commitment in this regard.

The President said over past two years due to COVID-19 the country’s economy suffered setback and even under this situation many task were accomplished.

“However, there is displeasure among the people that things did not realized via the Presidency and the Government, as expected by them. I accept that fact,” said the President adding it is accepted by all Ministers in the government.

“I have many more responsibilities to fulfill as I have pledged. One of them was the introduction of carbonic fertilizer for farming which everybody could not do, and I would definitely discharge my duties without fail in future, including the adoption of ‘one country – one law’ pledge which is yet to be realized. Sri Lanka Army troops at the forefront of national development are accomplishing a praiseworthy role as true contributors to the nation-building efforts. The colourful and very attractive parade, presented today symbolizes the quality and dignity of the military profession,” the President remarked.

After unveiling a plaque, the President declared the new parade ground opened and walked to the saluting dais where a spectacularly-dressed contingent of 94 Officers and 712 Other Ranks belonging to all 25 Regiments, coloured with Presidential and Regimental Colours stood on attention awaiting the day’s Chief Guest’s review of the parade. 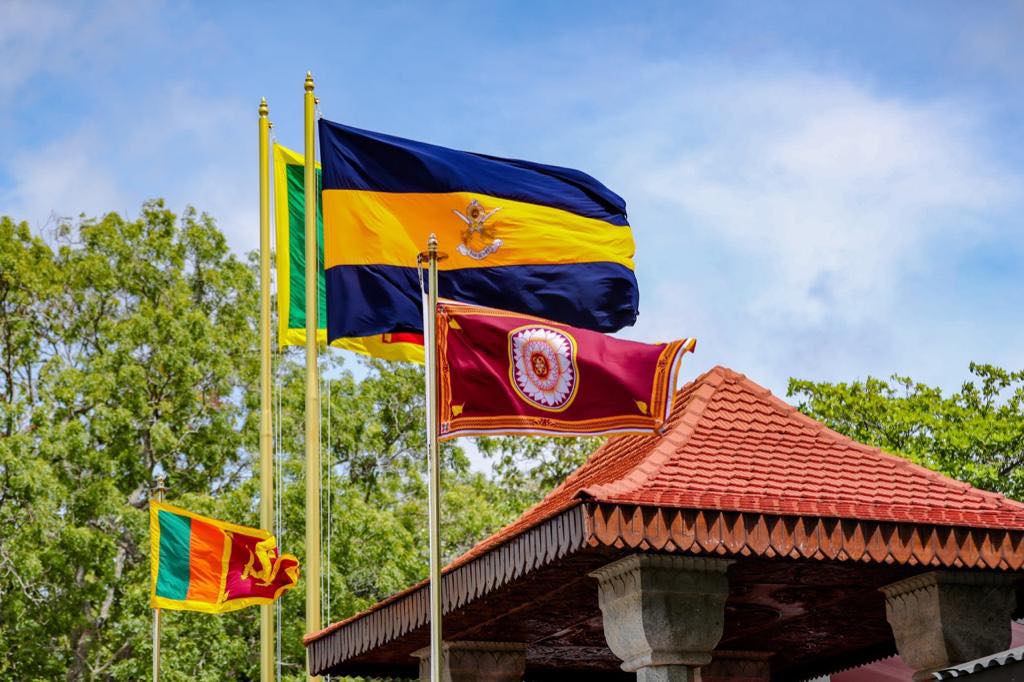 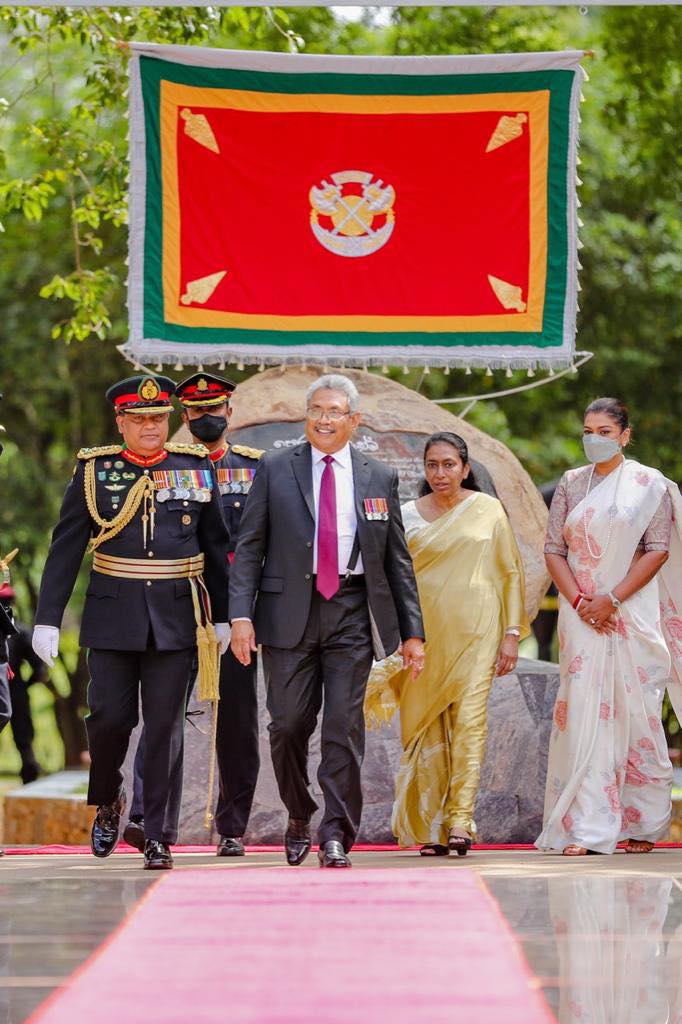 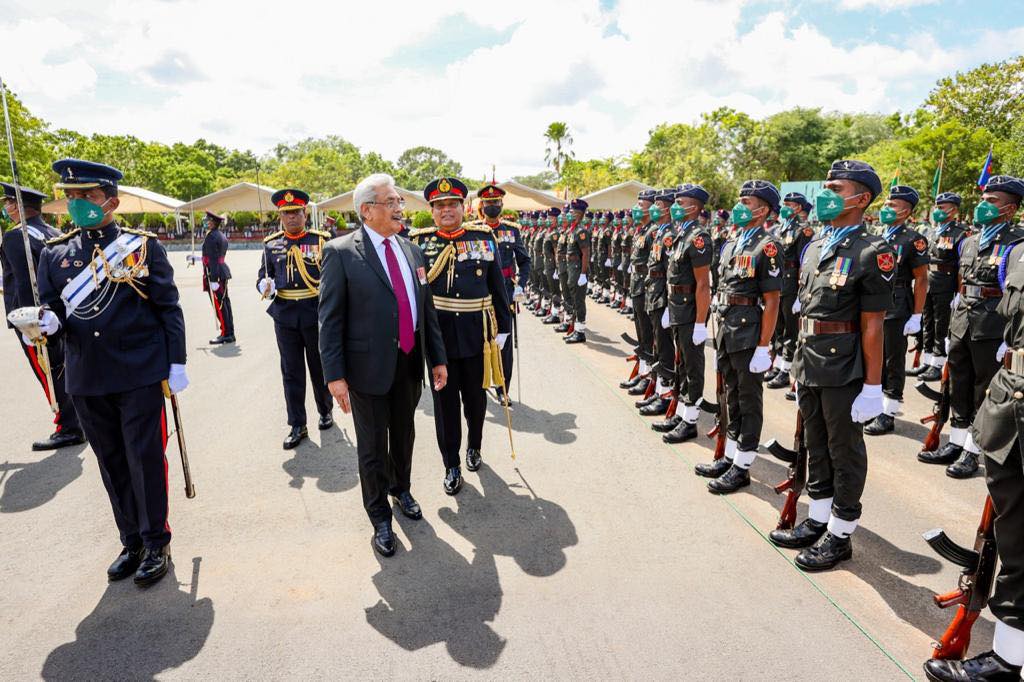 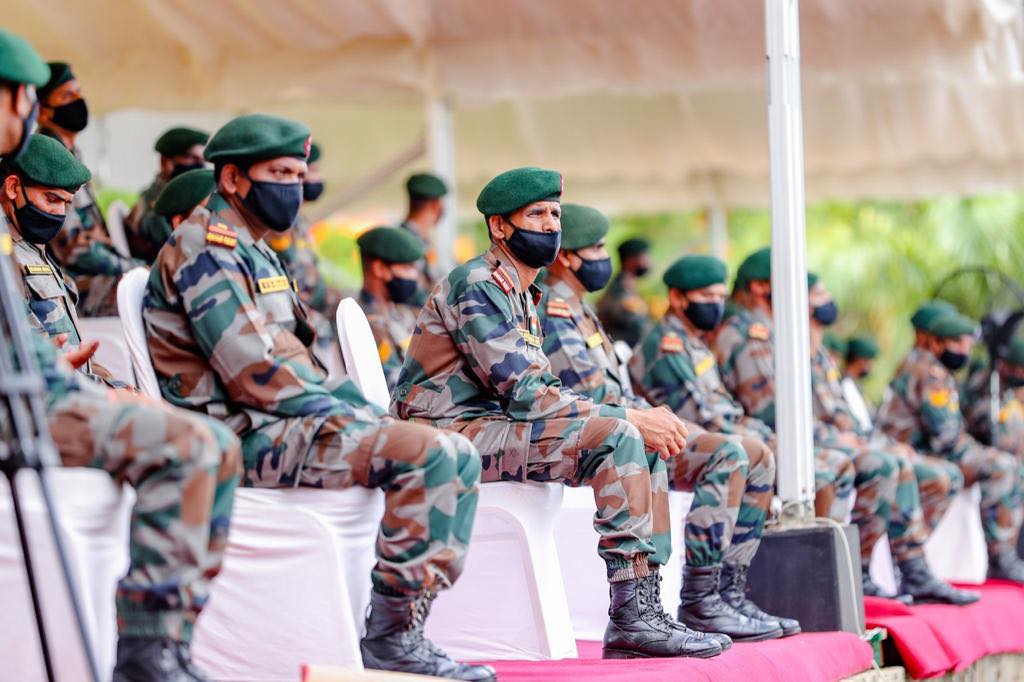 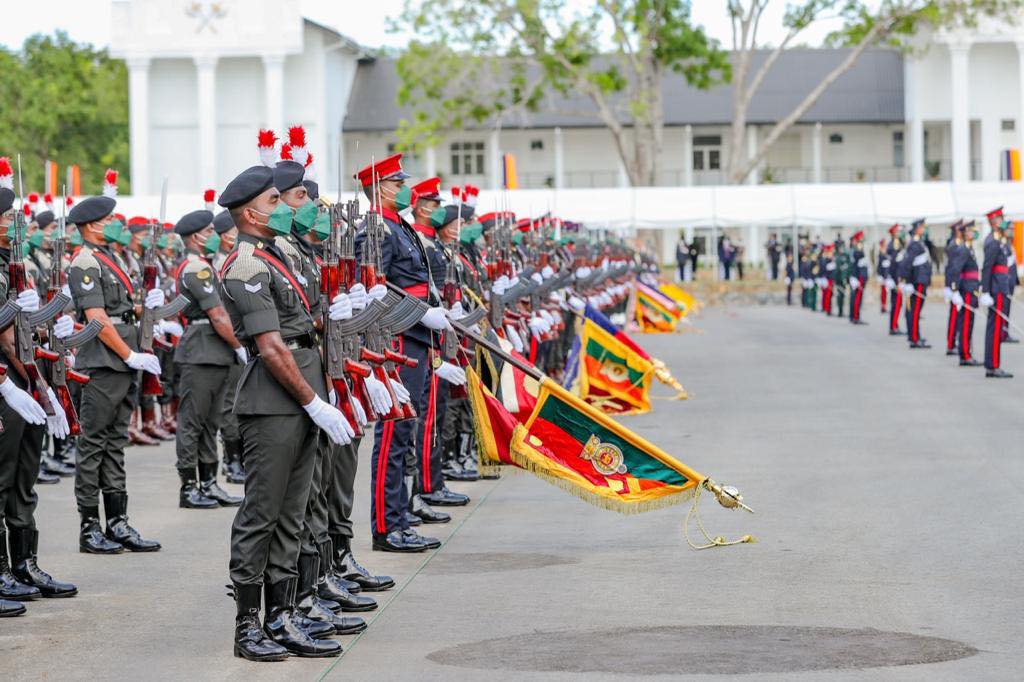 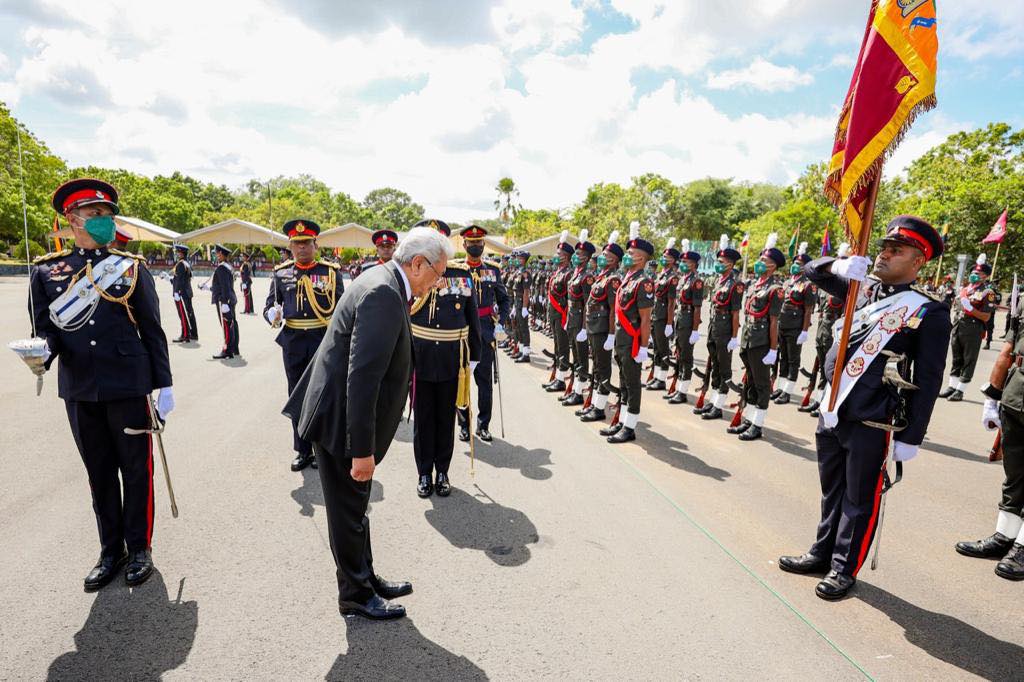 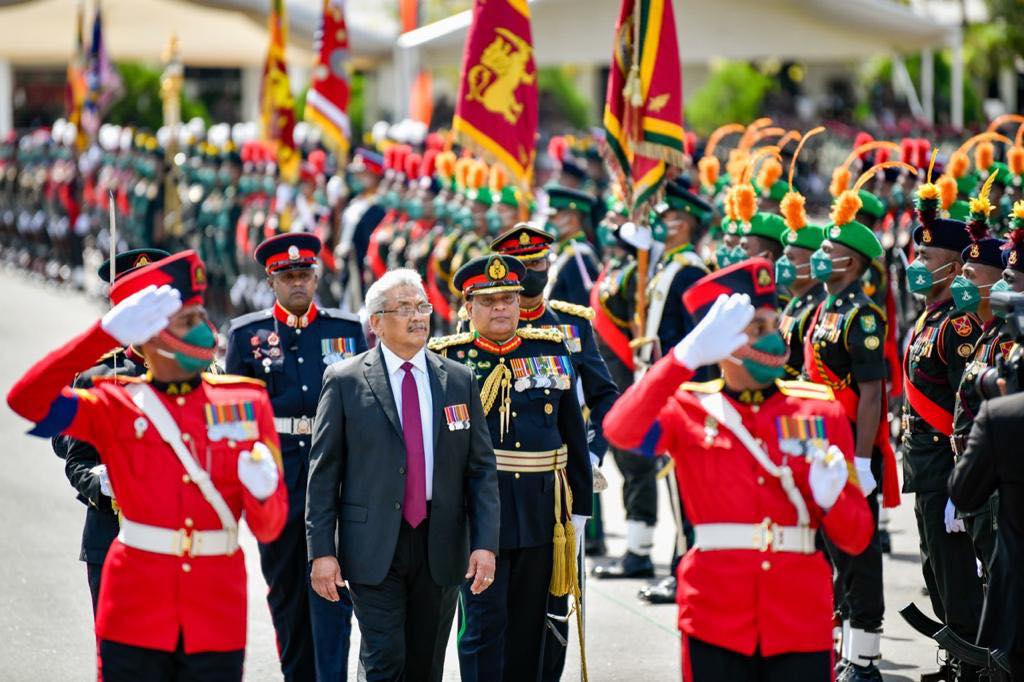 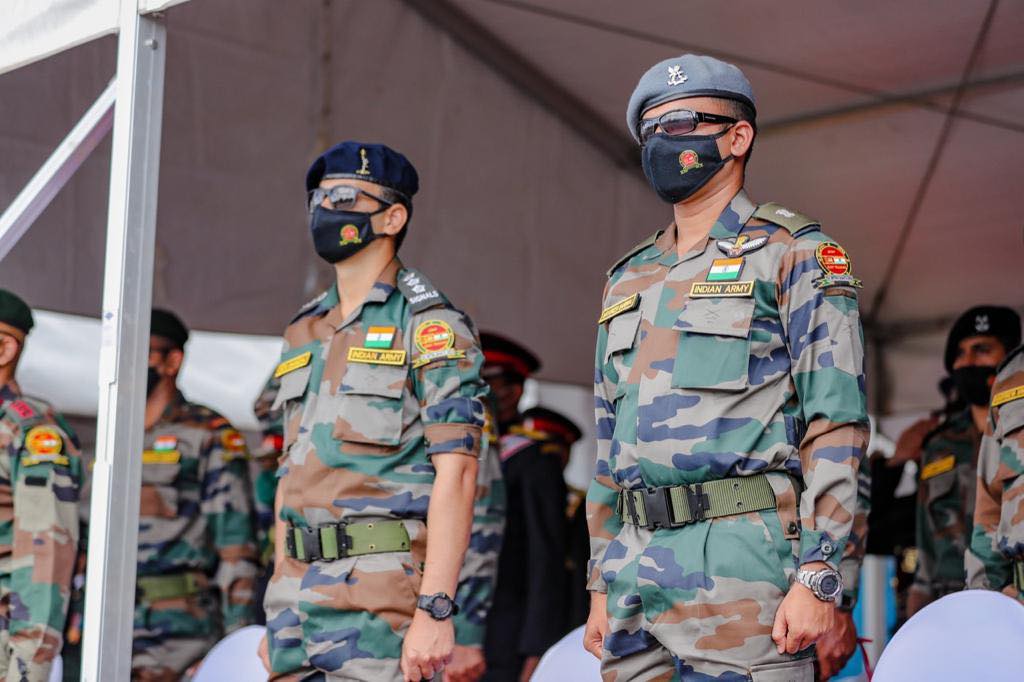 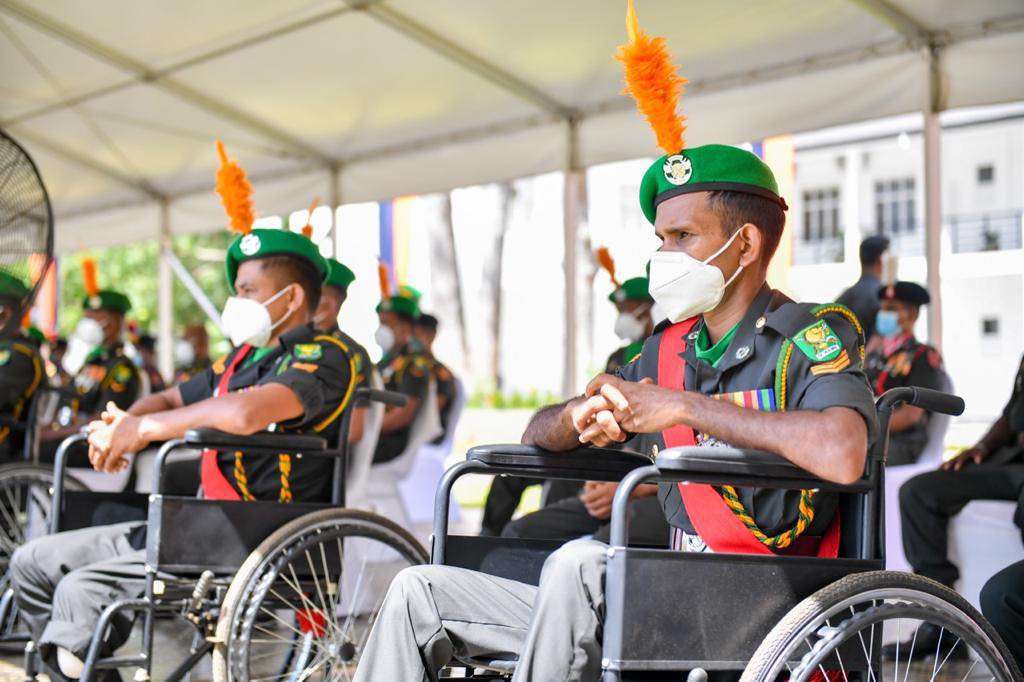 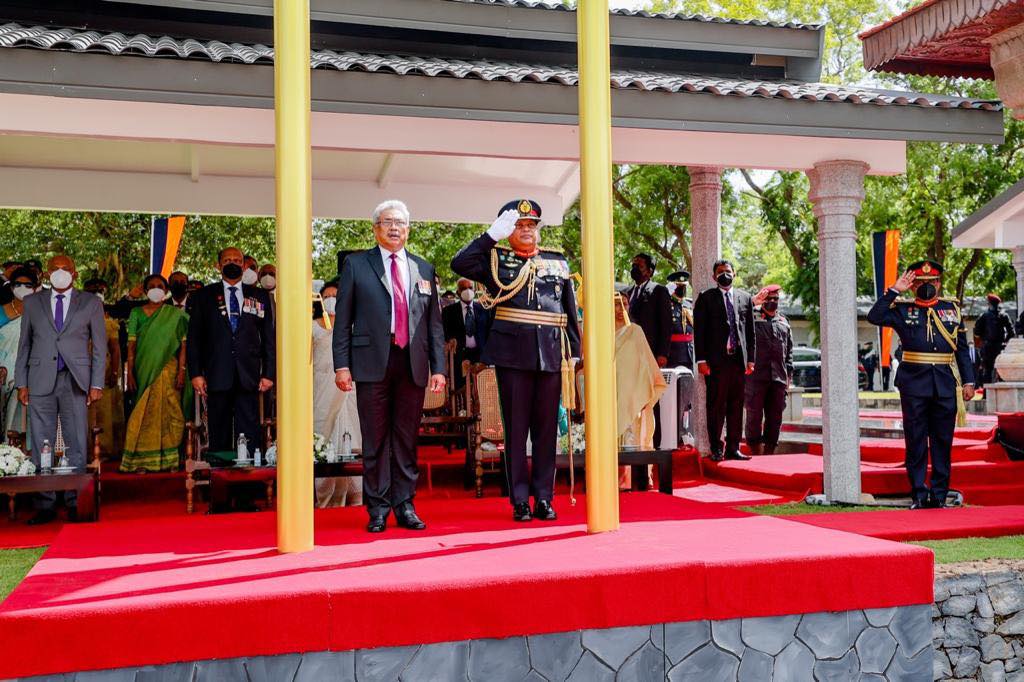 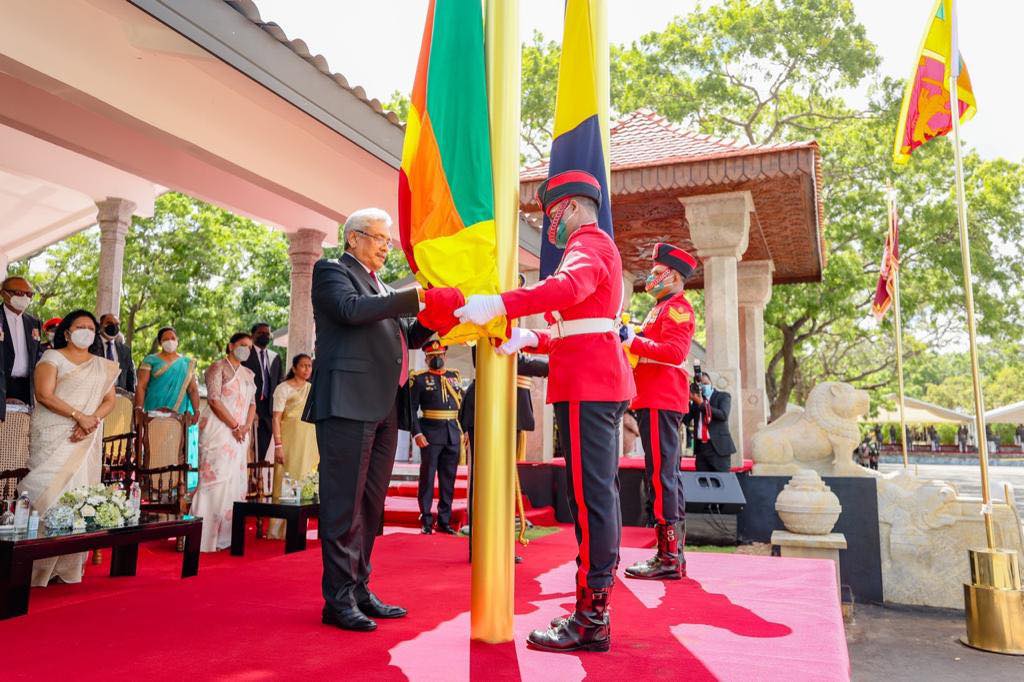