COLOMBO (News 1st); Businessman Thirukumar Nadesan, the husband of Former Sri Lankan Minister Nirupama Rajapaksa, embroiled in the Pandora Papers scandal in a letter to the President stated that both he and his wife are innocent and guilty of no wrongdoings.

‘My name and that of my wife have been referred to as having various accounts/assets, off-shore. These references are in what is referred to as the Pandora Papers,” said Nadesan in the letter.

“It is commonly believed that all persons whose names have been so divulged are in some way guilty of wrongdoing,” he added.

Nadesan has requested the President to appoint an independent investigator (preferably a retired appellate Judge) to without delay investigate this matter so that his name and that of his wife would be cleared. 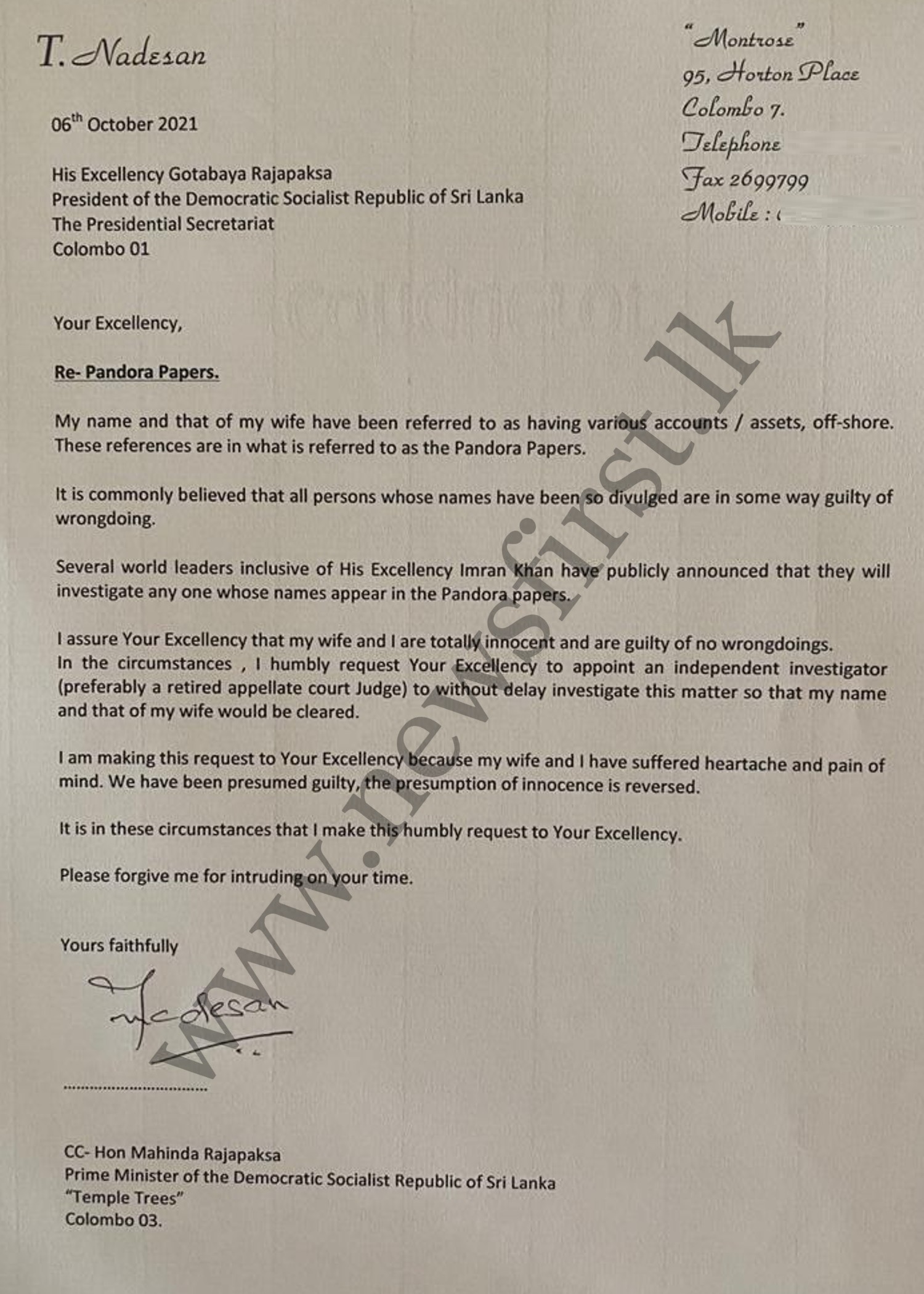