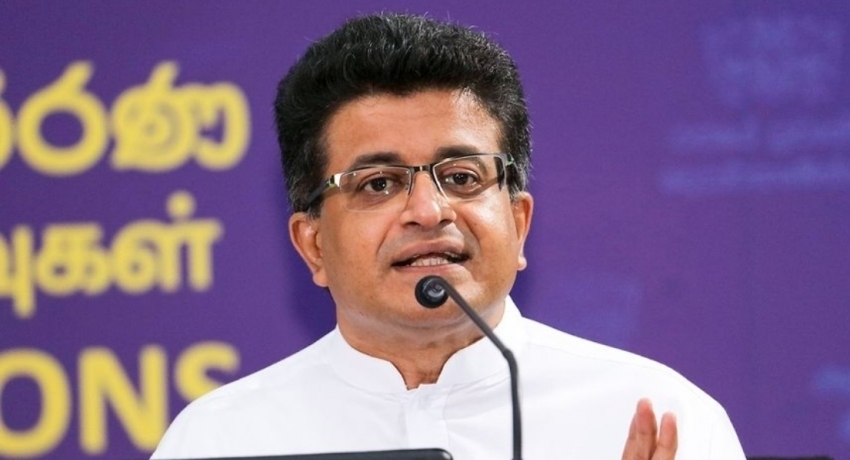 COLOMBO (News 1st); In the latest twist to the controversial LNG deal signed between the Sri Lankan govt and the US company, the Minister in charge has said “he didn’t know” that the deal was to be signed.

Gammanpila said the issue at hand is not the transfer of 40% of shares of the Yugadanavi Power Plant to New Fortress Energy, but, the supply of gas in Sri Lanka being awarded to a US firm for a period of five years.

“This is an issue regarding energy security,” he said while adding that there was absolutely no Energy Ministry representation at any of the committees to reach a deal with New Fortress Energy.

Sri Lanka’s Energy Minister has warned that the supply of LNG being controlled by a foreign nation would have a serious negative impact on oil exploration efforts in Sri Lanka.

“New Fortress Energy will commence its gas supply operations for a five-year tenure from 2023,” said Udaya Gammanpila noting that Sri Lanka can commence gas production in 2025, however, allowing a US firm to supply gas until 2028 would be a serious issue to attract investors to explore for gas.

The Energy Ministry had made two observations to the Cabinet of Ministers and another will be made soon, he said.

“I will not do anything that is against my conscience,” Gammanpila told reporters adding he would continue to do so even if it costs him political mileage.

“A politician thinks of the next election; a statement of the next generation,” he was quoted as saying during a Colombo media briefing on Wednesday (29).

Responding to a question, Gammanpila said they operate inside the government, as guard dogs of a house.

“If there is a danger, the dog barks. If the dog is chased away for warning the resident, it will be the end of them,” he said.