COLOMBO (News 1st): Minister of Public Security, Sarath Weerasekara has refuted all allegations of him directing CID to question and threaten members of teachers’ unions who are engaged in strikes.

In a statement issued by the Government Information Department, the Public Security Minister said that teachers have complained of persons who oppose online teaching during the strikes.

Moreover, the Minister said that schools in the Northern and Eastern parts of the country are conducting academic activities and only teachers in schools in the South are protesting, which is an unfortunate situation.

Pointing out that people have the democratic right to protest, Minister Weerasekara emphasized that action will be taken against anyone who interferes with the duty of Government officials. 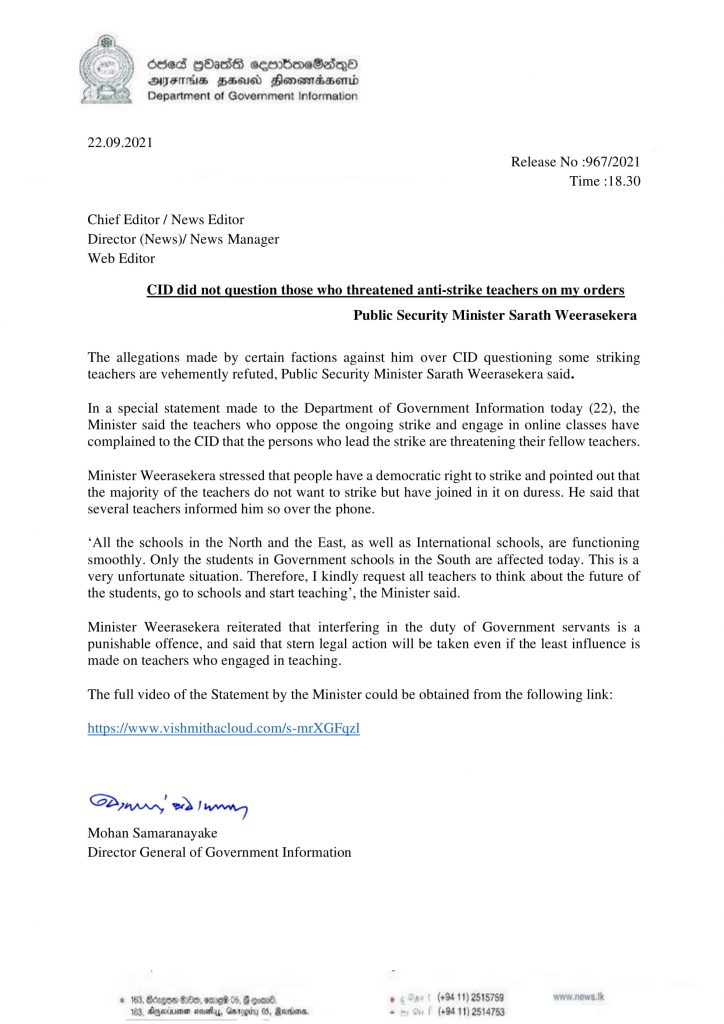