However, since the reason for the request to appear at the CID was not clearly mentioned, his Attorney-at-Law visited the CID on Monday (20) inquiring the reason for his client being informed to be present and handed over a letter to the Criminal Investigation Department.

Attorney-at-Law Buddheen Siriwardena said his client, SJB MP Manusha Nanayakkara will await a response from the CID as to why he was summoned to appear today.

On Saturday (18) Manusha Nanayakkara posted on Facebook the following :

“I have been notified to appear before the CID for information regarding an investigation being carried out by the Computer Forensic Division of the CID. But I have not been informed as to what complaint I will be summoned for or what kind of investigation they are going to conduct.”

“I remind that I am always bound to give my fullest assistance in giving evidence in connection with any legitimate inquiry conducted by an Authority of Investigation and to proceed with those inquiries. However, further legal advice should be sought regarding a summons issued without proper details of the investigation taking place.”

“In consultation with Hon. Sajith Premadasa, Leader of Samagi Jana Balawegaya, I will take further action on the legal advice of President’s Counsels Thisath Wijayagunawardena and Farman Cassim.” 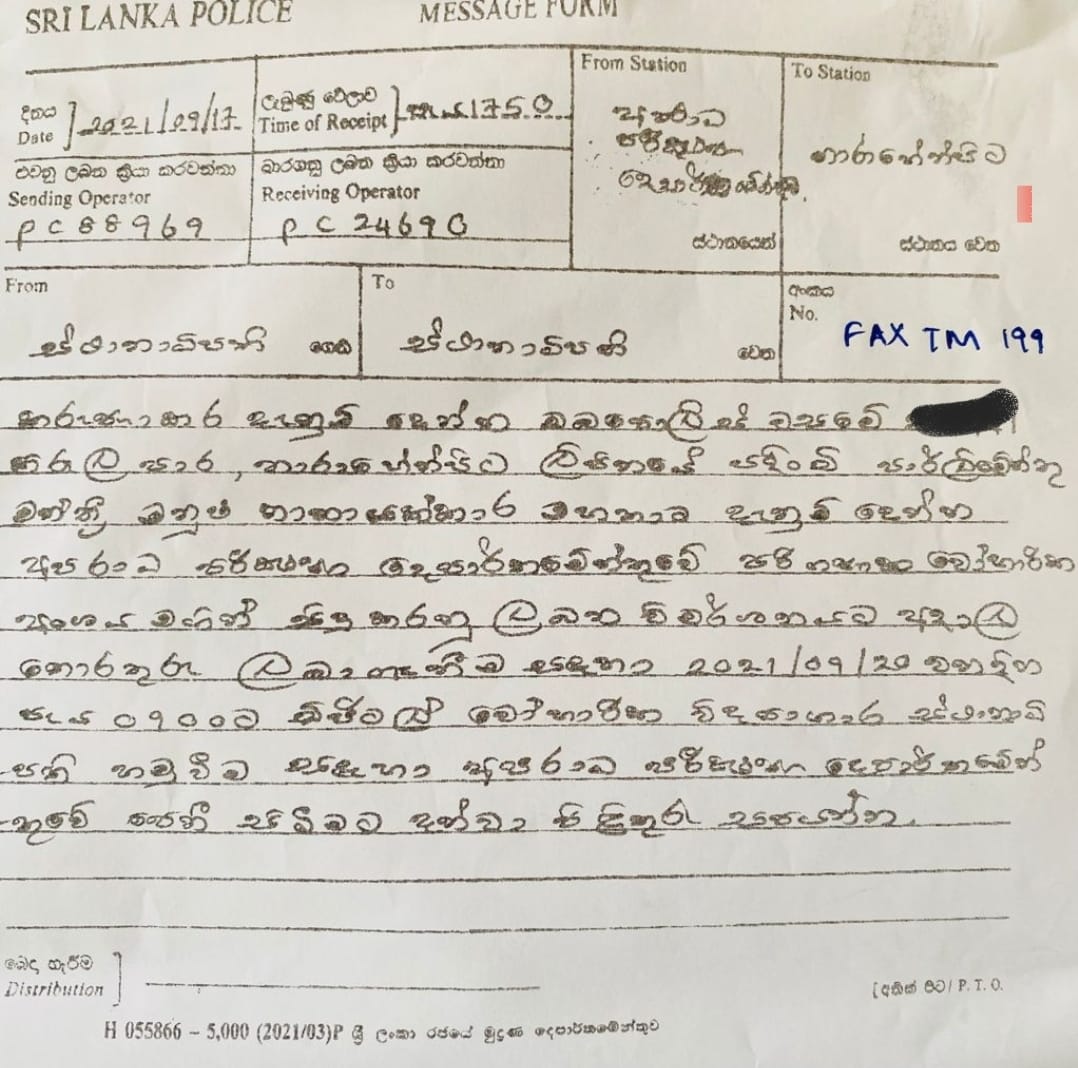