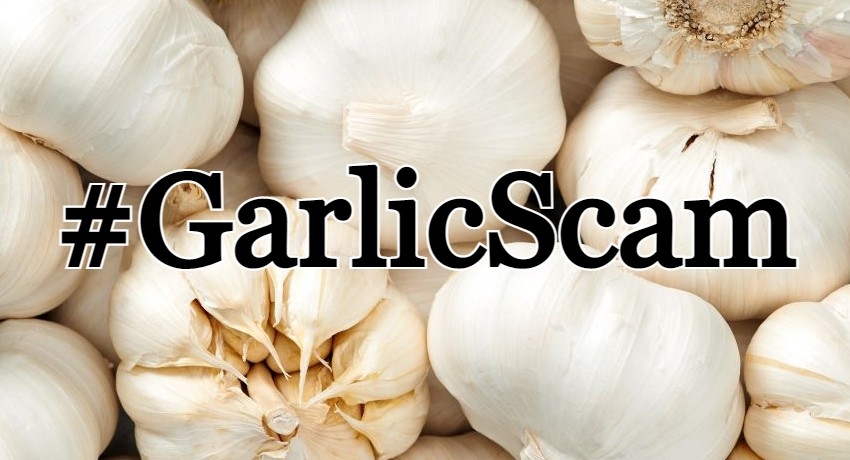 COLOMBO (News 1st); It is believed that the businessman who received over 56,000 kilograms of garlic that were pilfered out of the Port, generated a profit of more than Rs. 10 Mn within a very short period.

Four employees at Lanka Sathosa Limited are on compulsory leave following the expose’, which involved container loads of garlic being cleared from the Port and then sold illegally under the pretext of shipping them to Lanka Sathosa.

The stock of garlic was imported to Sri Lanka under cabinet approval to provide goods at reasonable prices for the local consumers.

One kilogram of Garlic in the local market is priced at Rs. 320/-.

On the 09th of September 2021, more than 56,000 kilograms of garlic was pilfered out of the Colombo Port, under the pretext of selling them for low prices for the local consumers.

Garlic from this stock was sold to traders at Rs. 135/- per kilogram.

Therefore, if a kilogram of Garlic was sold to the businessman for Rs. 135/- and if he sells it for Rs. 320/-, the profit easily earned by the businessman is over Rs. 13 million.

Although the businessman generated massive profits, the local consumers have not received any benefit.

What is even more surprising is that the 56,000 kilograms of garlic were released by simply placing a log in a CR book, and this was revealed during the preliminary investigation carried out by the Consumer Affairs Authority.

Immediately after the #GarlicScam was exposed, the Ministry of Trade said none of the top officials at Lanka Sathosa Limited were connected to the incident.

Four employees at Lanka Sathosa Limited have been sent on compulsory leave following the expose’ on the #GarlicScam, said Rear Admiral (Retd) Ananda Peiris, the Chairman of the state-owned enterprise on Tuesday (14).

The Criminal Investigations Department is already carrying out an investigation into the incident, which would lead to the masterminds of the #GarlicScam.