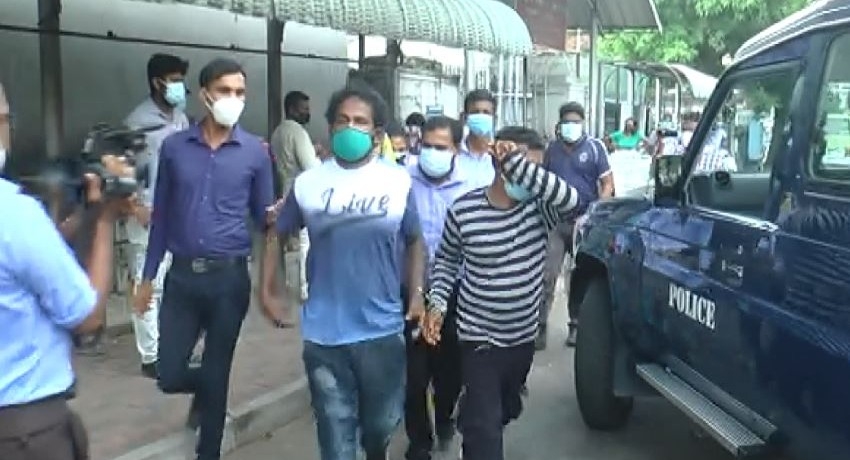 COLOMBO (News 1st); Three people including heroin trafficker Kaludura Chaminda Thabrew alias ‘Bob Marley’ were ordered to be handed over to the Police Narcotic Bureau to be held for interrogation until the 15th of September.

The order was made by the Colombo Chief Magistrate’s Court upon submissions made by the Police Narcotic Bureau.

‘Bob Marley’ was arrested on Thursday (9) while hiding inside a house in Ketapola, Elpitiya, and 100 grams of heroin was seized from this possession at the time of the arrest.

His wife and the owner of the house they were living in were also arrested.

‘Bob Marley’ is the main suspect connected to the discovery of over 288 kilograms of heroin in the seas off Beruwal on the 31st of August 2021.

Police have already arrested another five suspects in connection to this drug haul.