COLOMBO (News 1st): The Minister of Energy, Udaya Gammanpila says that the $ 267 billion worth of oil and gas resources hidden in the Mannar Basin could generate three times the total debt of the country.

The Minister stated this speaking at the Consultative Committee on Power and Energy at the Parliament yesterday (7).

The relevant Committee approved the Petroleum Resources Bill to be tabled in Parliament for the second reading as well.

The Minister further stated that although investors who invest in these oil and gas drills are given 50%, USD 133.5 billion is Government owned and it is almost three times the total debt value of the country which is a total of USD 47 billion.

The Minister further stated that the Petroleum Resources Bill, which seeks to regulate and manage the exploration of petroleum resources, including the establishment of the Petroleum Development Authority of Sri Lanka, will be presented to Parliament as a matter of priority for the Government.

The Minister said large companies around the world have not come to explore oil resources in Sri Lanka in the recent past due to various reasons.

“We took steps to hand over this task to experts on the subject matter through the establishment of the Petroleum Development Authority given the lack of understanding on the scope of subject the officials who were to take decisions on this regard previously had,” said the Minister.

Also, as the regulatory powers such as the issuance of licenses were completely concentrated in the hands of the Minister, all activities had been disrupted when there was a change of the Minister. Therefore, we have decided to transfer all the powers of the Minister to the Board of Directors of this Authority. Also, a modern map was prepared to replace the existing traditional map for oil and gas exploration” the Minister added.

The Bill will also introduce a strong legal framework to protect these large investments and appoint a special committee to advise the minister, as billions of dollars will have to be invested in the industry, the Minister of Energy said.

He also stated that he intends to seek the assistance of Sri Lankan experts in the field from around the world in this regard. 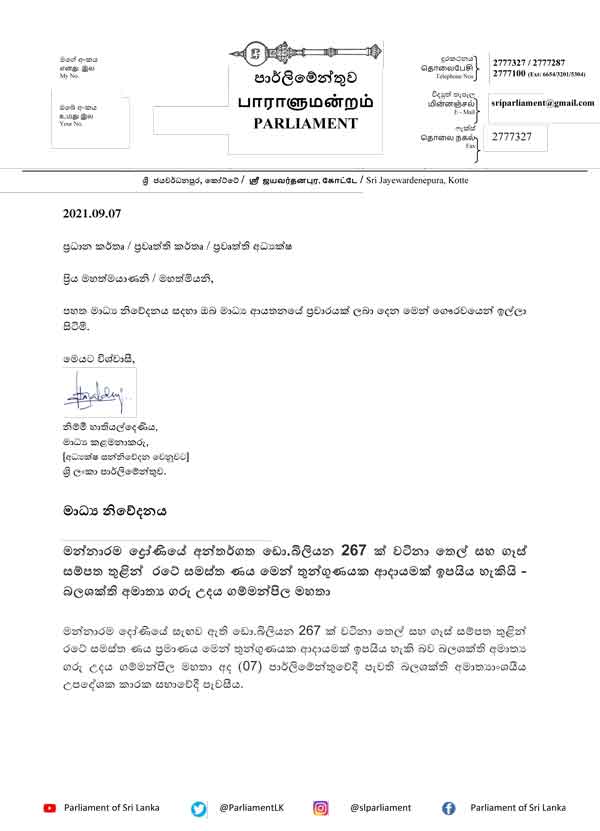 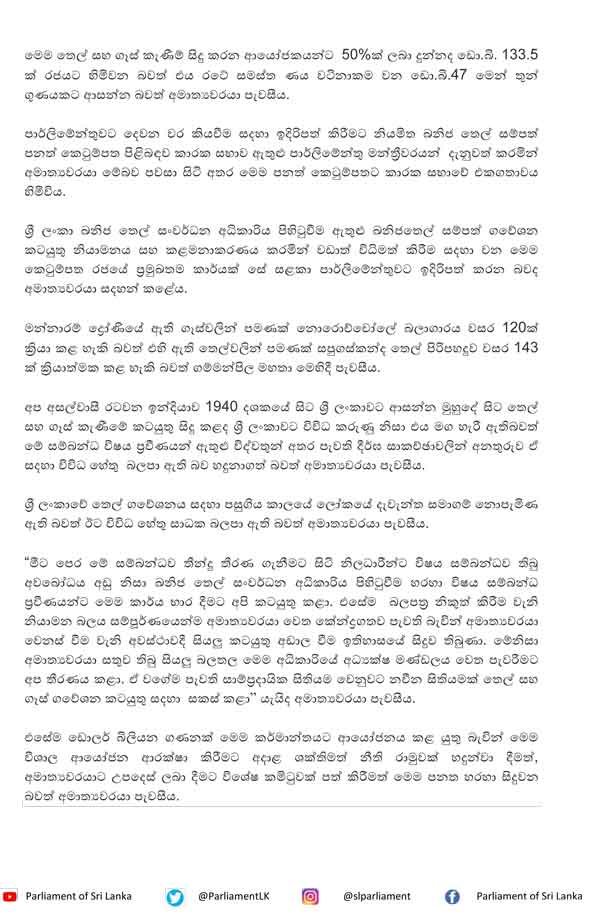 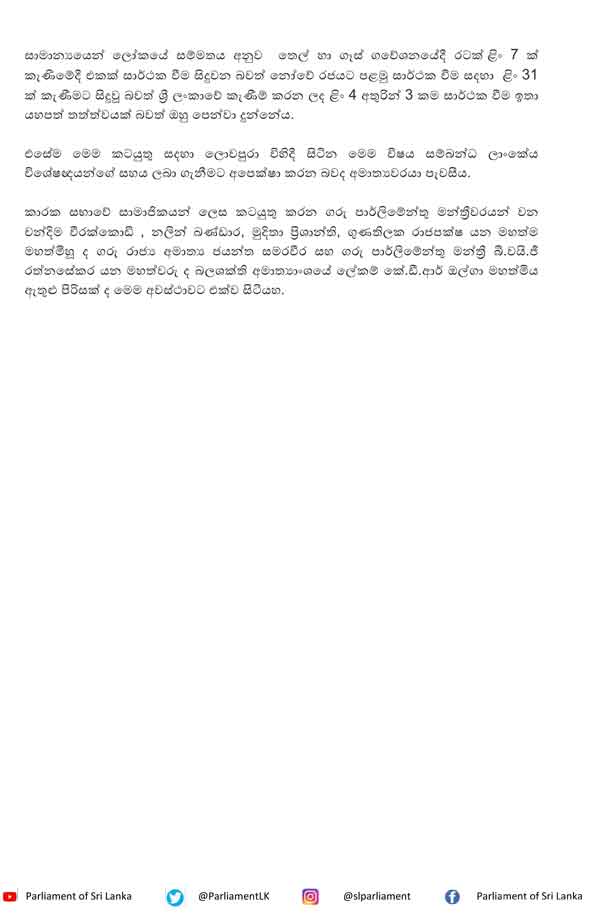