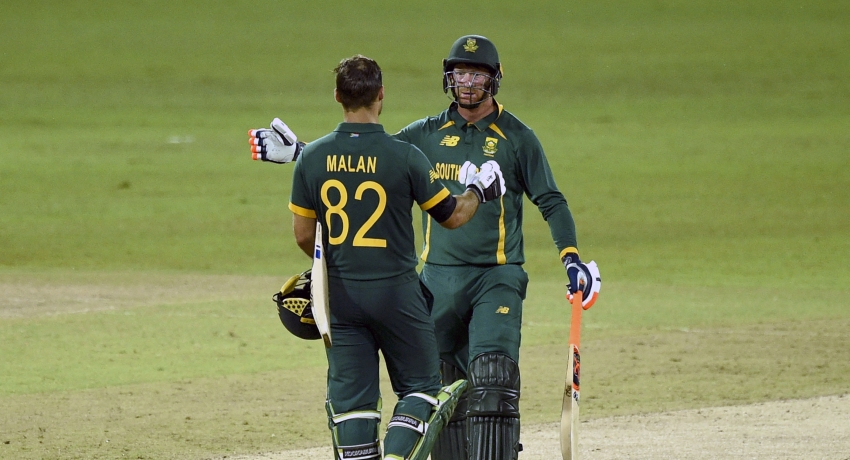 COLOMBO (News 1st); Rain played its part but South Africa, under the new captain, were too good for Sri Lanka in the second ODI match at Premadasa Stadium, Colombo on Saturday (4).

The start was delayed by 30 minutes, then Sri Lanka’s chase was briefly stopped. Meaning, the target was revised. And the hosts crumbled, then suffered a 67-run defeat (DLS).

Then Heinrich Klaasen punished Sri Lankan bowlers with a 43 off 27 as the Proteas posted 283/6 in 47 overs.

Sri Lanka won the first ODI by 14 runs. The third match is scheduled for Tuesday (September 7).