COLOMBO (News 1st); Libya has made a request for Sri Lanka to consider sending an election monitoring mission, for the Libyan Presidential and Parliamentary elections to be held on 24th December 2021.

The request was made by the Charge d’ Affaires of the Embassy of the State of Libya in Sri Lanka Amar A.M. Muftah, when he met Foreign Minister Prof. G.L. Peiris on Thursday (02).

At the meeting both sides discussed matters of mutual interest in the bilateral relations between the two countries.

The Libyan Charge d’ Affaires conveyed the felicitations of the Libyan Minister of Foreign Affairs to Minister Peiris on his recent appointment as Foreign Minister.

Libyan Charge d’ Affaires Muftah briefed the Minister on the current situation in Libya, in particular the role of the interim caretaker government that has been in office since March 2021.

He said that Sri Lanka, as a democracy is supportive of the efforts by Libya to further strengthen the democratic process and will consider the reques, to send an election monitoring mission.

The Foreign Minister highlighted that the Government is focusing on economic diplomacy, by improving trade relations and expanding the export market in the African region.

It was agreed to continue discussions regarding improving Sri Lanka’s trade ties with Libya in the tea, gem and jewellery and tourism sectors.

Minister Peiris apprised the Libyan envoy on Sri Lanka’s regional and multilateral engagements and it was agreed to continue close cooperation at the international level. 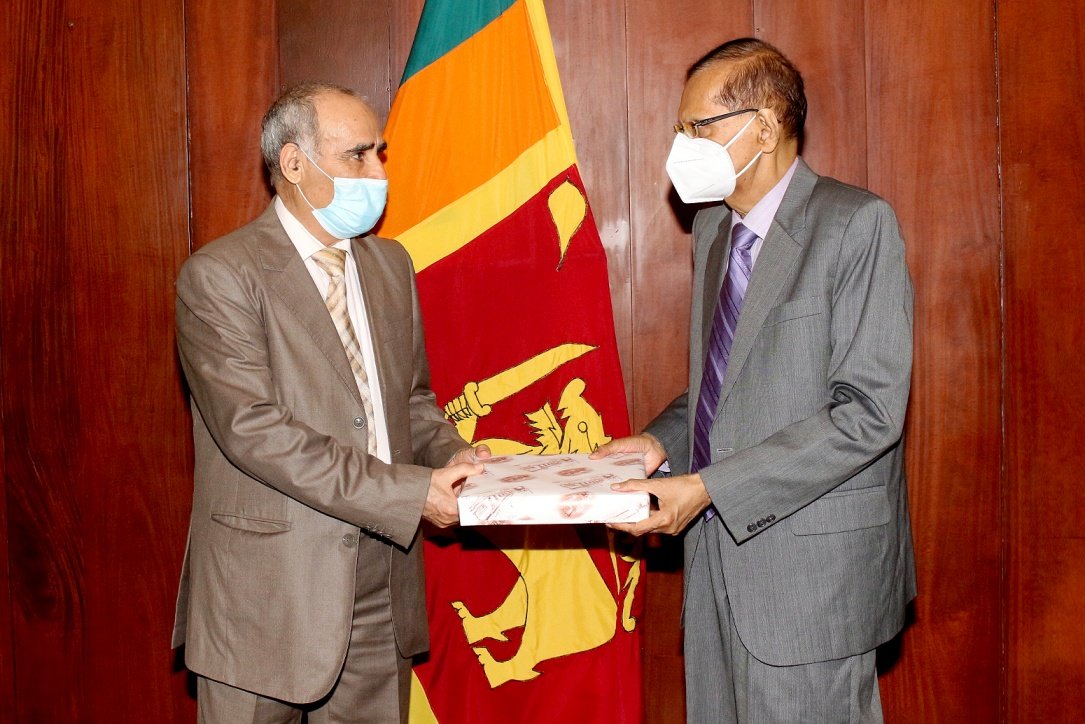