University of Sri Jayawardenapura researchers including Prof. Neelika Malavige, Dr. Chandima Jeewandara from the Allergy, Immunology and Cell Biology Unit of the Department of Immunology Molecular and Molecular Medicine released a report confirming the discovery of Delta variant with four mutations within the Western Province itself.

The report states that out of the four mutations, 2 mutations (A701S, R24C) are found only in Sri Lanka and one mutation (A1078S) was present only in Malaysia and Sri Lanka, while the other mutation (A222V) is the common delta variant present in many other countries.

Moreover, only 3 samples of the alpha variant [B.1.1.7 (alpha)] have been identified from Anuradhapura, Bohawantalaka and Kandawalai.

Accordingly, the major variant spreading in the Colombo District, the Delta variant, has spread to other Districts of the country as well.

The researchers observed that the frequency of the mutated delta appears to increase over the time, suggesting that it could be more transmissible than the original Delta (delta without these 4 mutations). However more data is required for the researchers to conclude.

While the vast majority of viruses have been sequenced in the Colombo district, sequencing has been carried out from many areas from all over Sri Lanka. 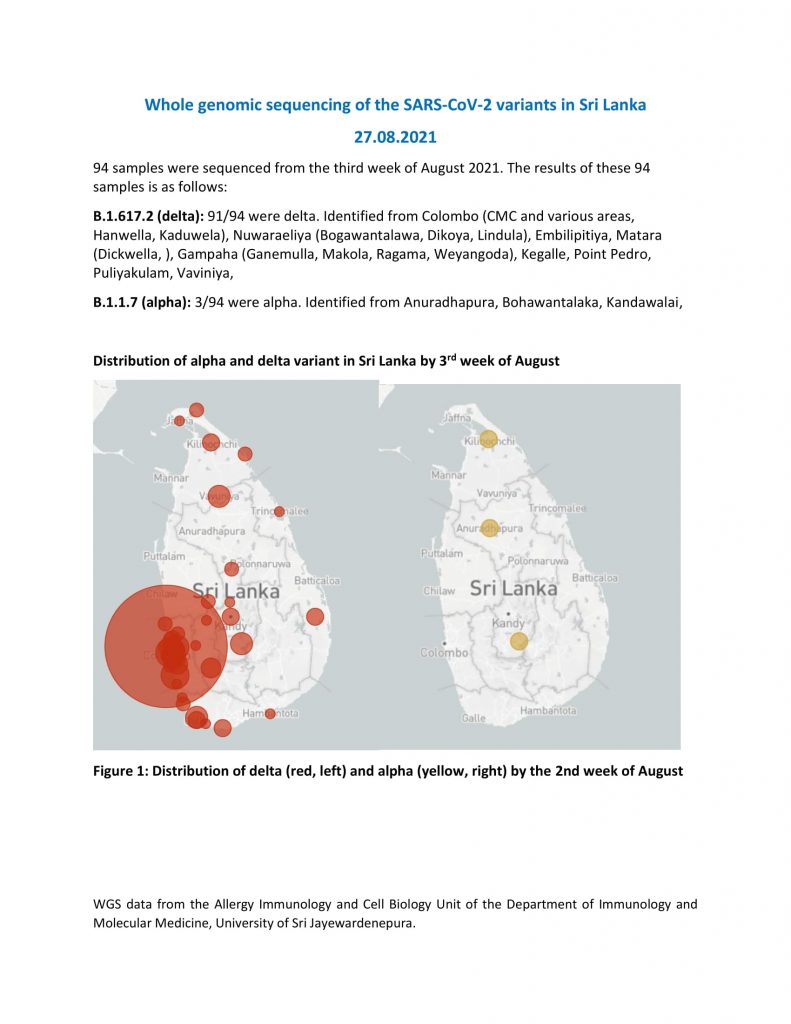 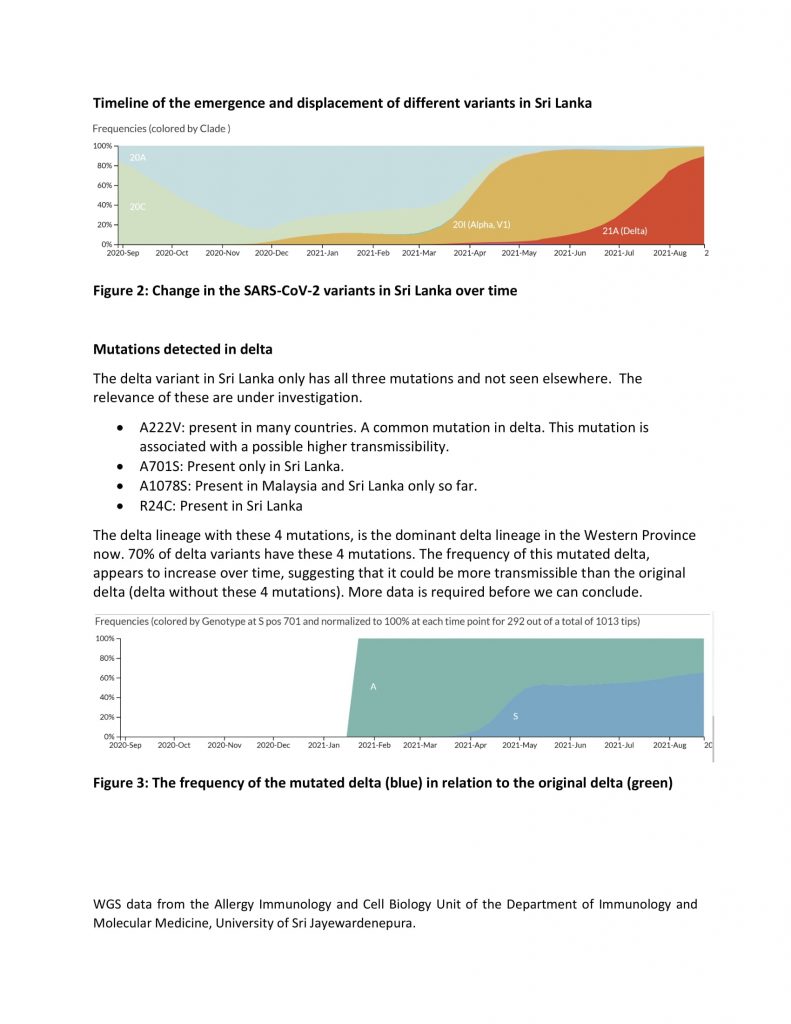 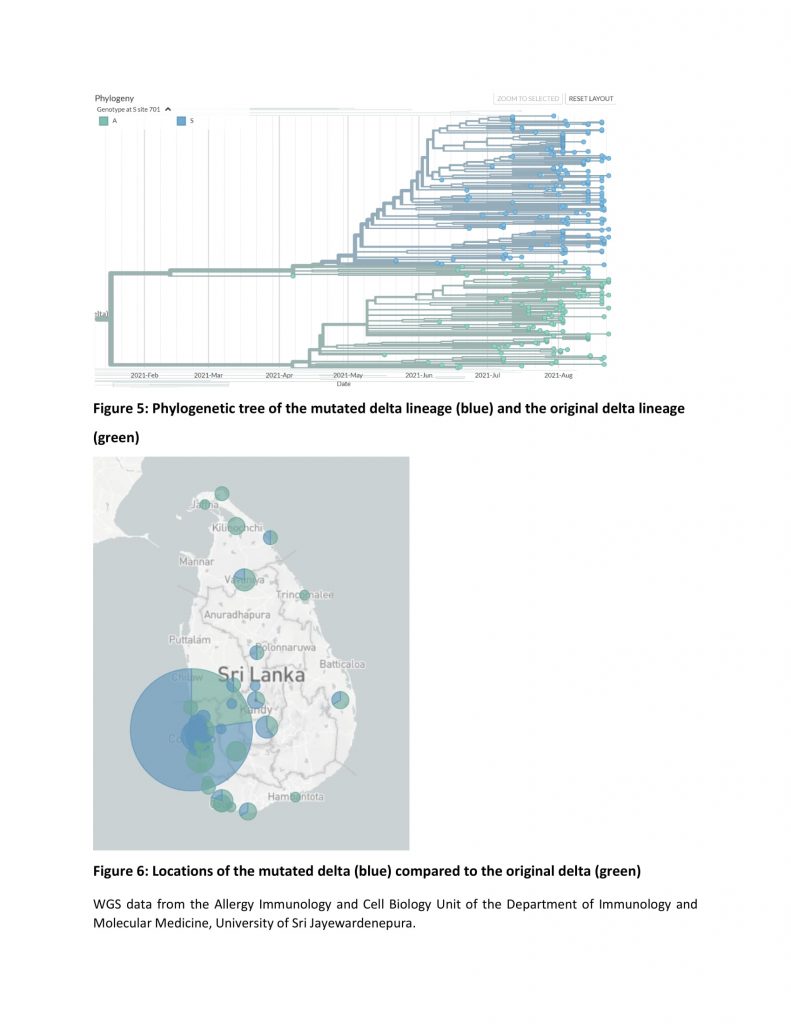 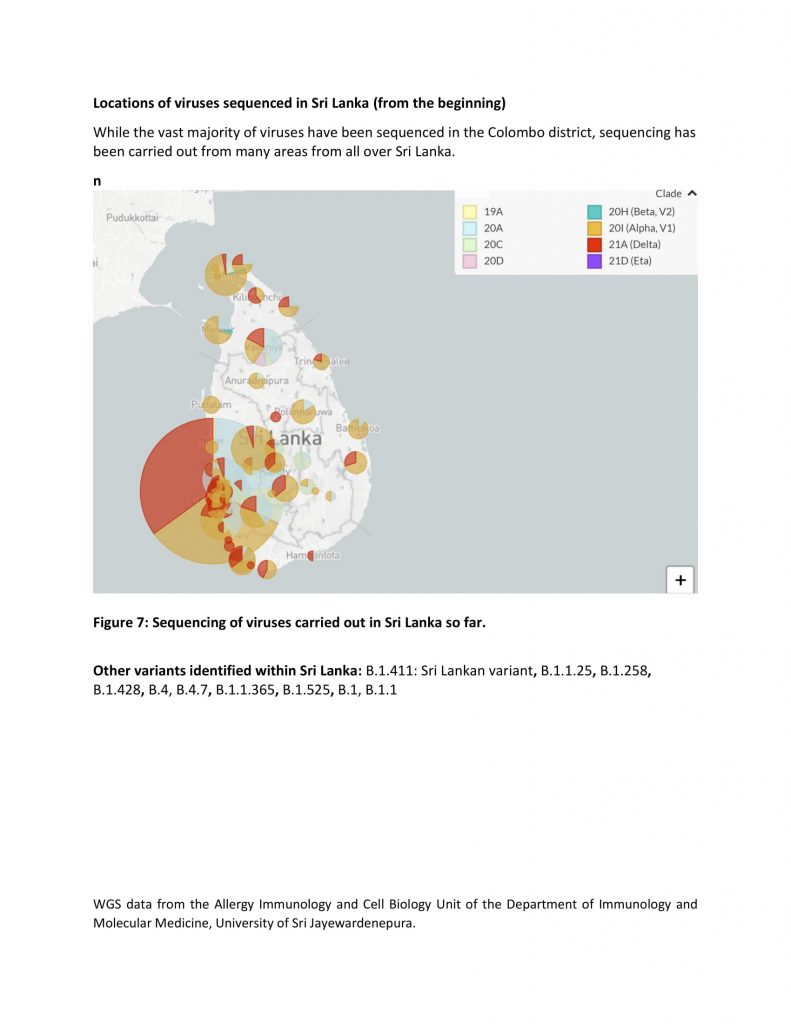 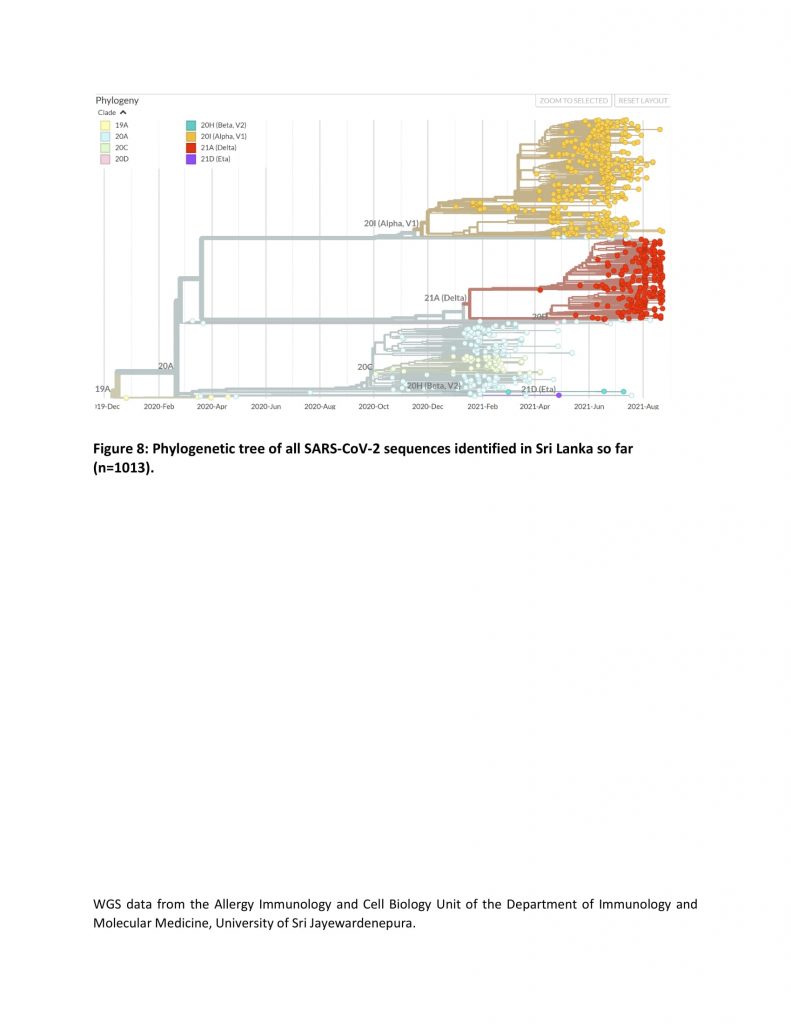