General Shavendra Silva received the President warmly and invited him to review the highest military salute, the Guard of Honour, presented by Gajaba Regiment troops, made up of 4 Officers, 96 Other Ranks, President’s Colours and Regimental Colours squads. 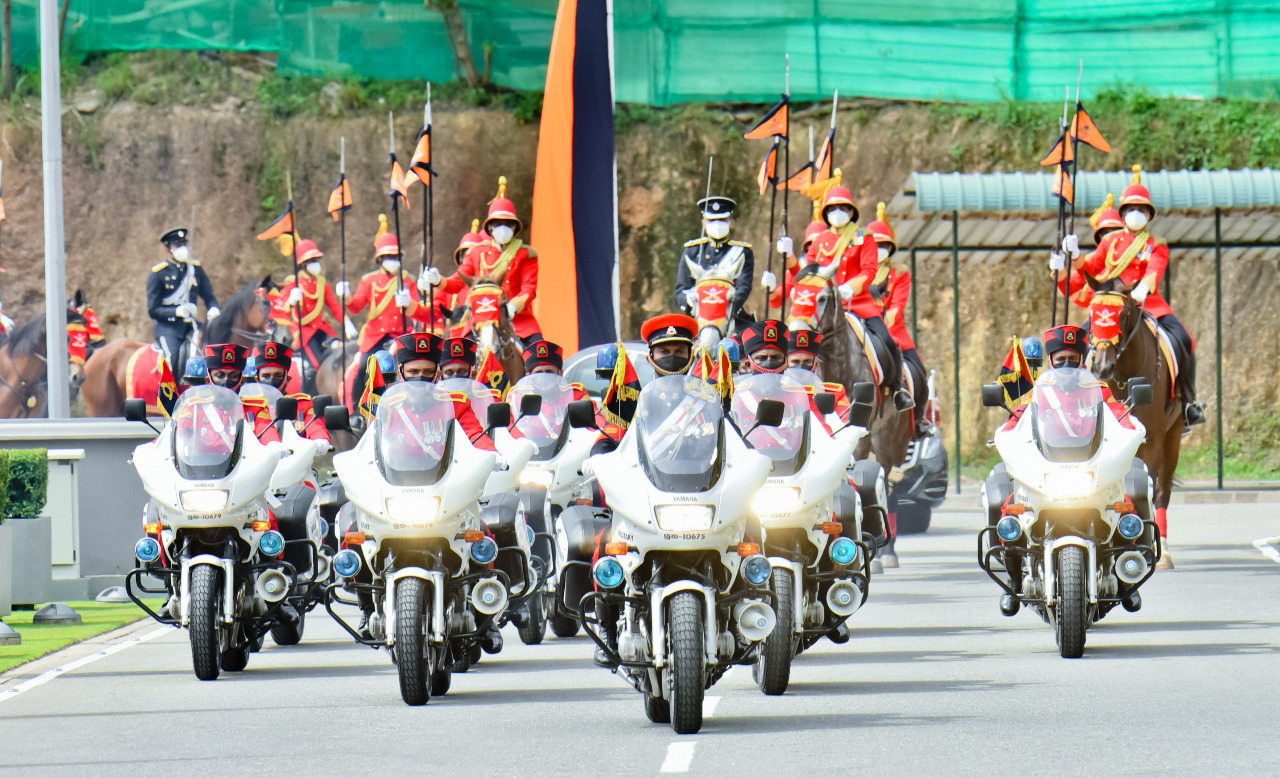 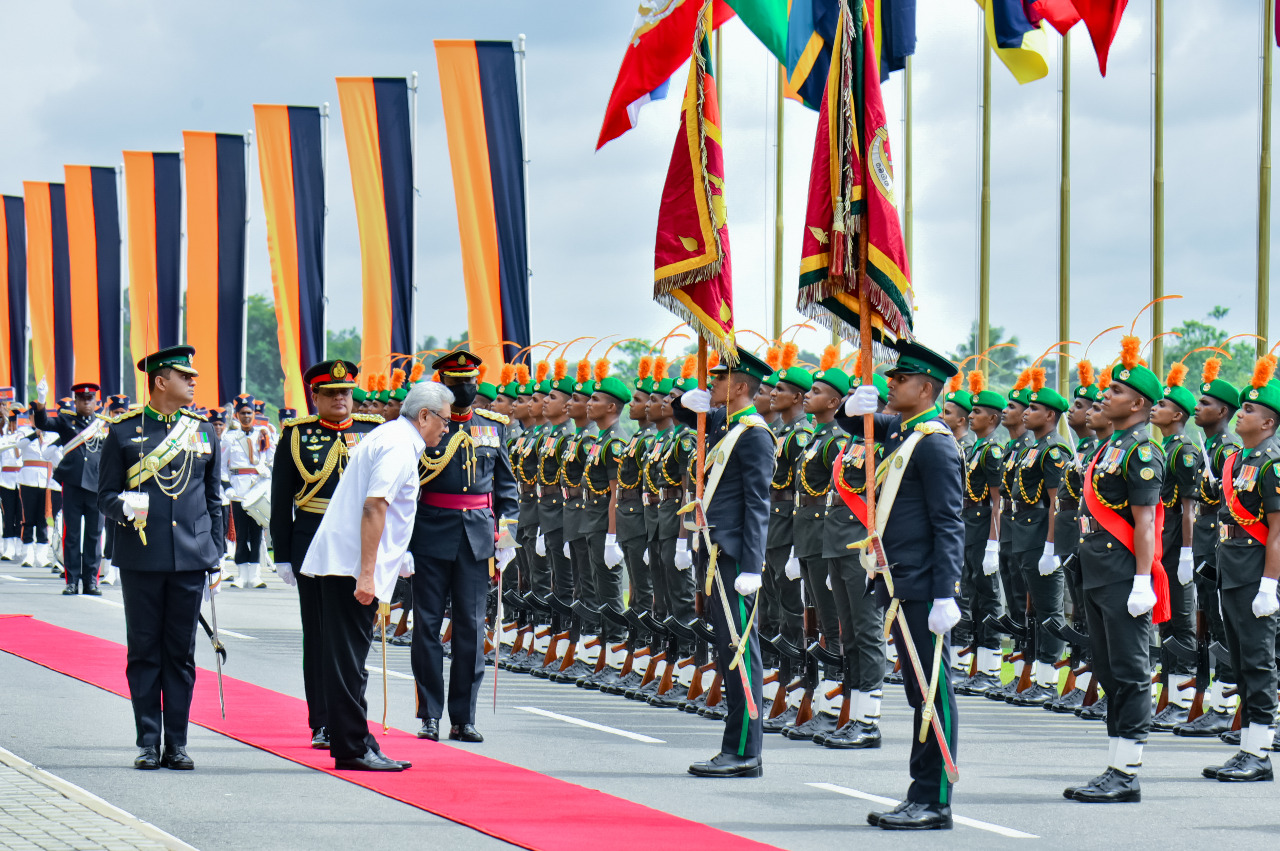 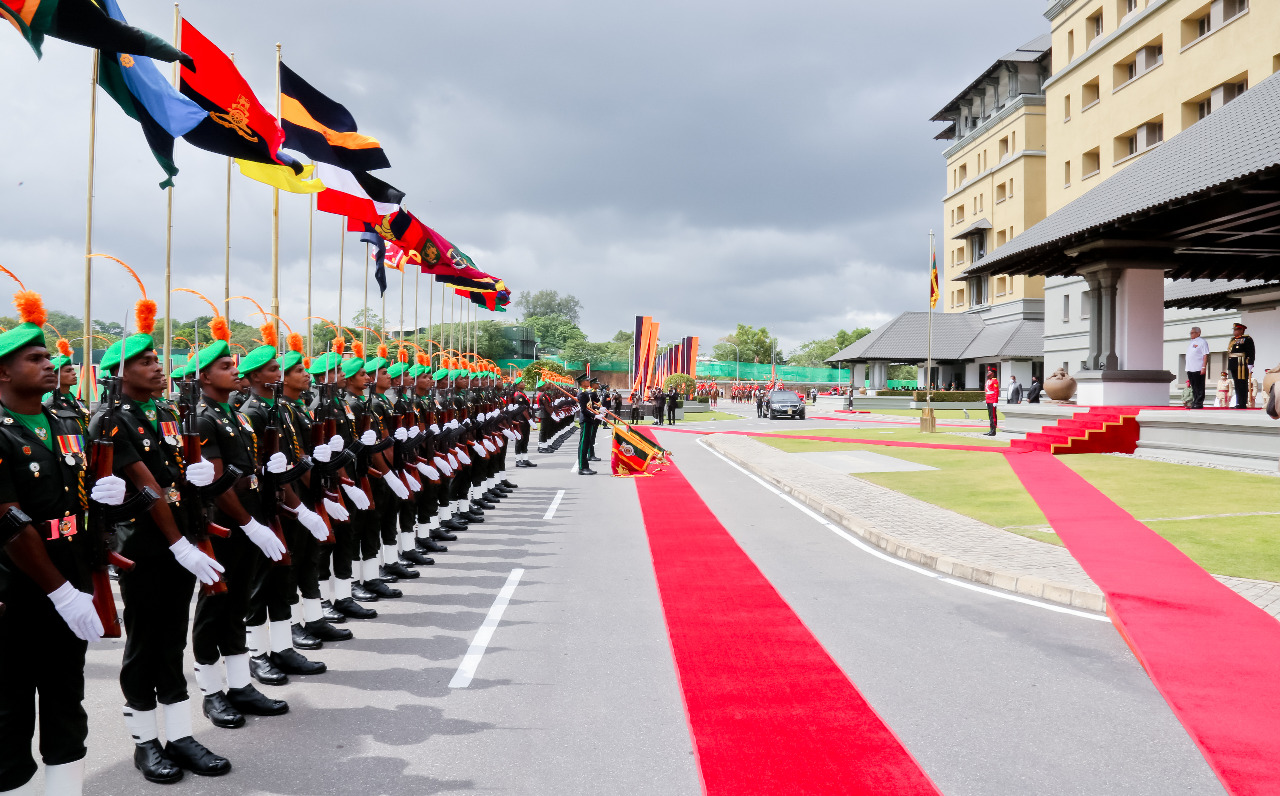 The President was cordially invited to inaugurate the new ‘Battlefront’ digitalized Operation Room of the Directorate of Operations of international standards at the new Army Headquarters.

President Gotabaya Rajapaksa received a comprehensive description of the functional aspect of the new Operational Room, its most modern accessories and enthusiastically watched a few related presentations, submitted by two Senior Officers. 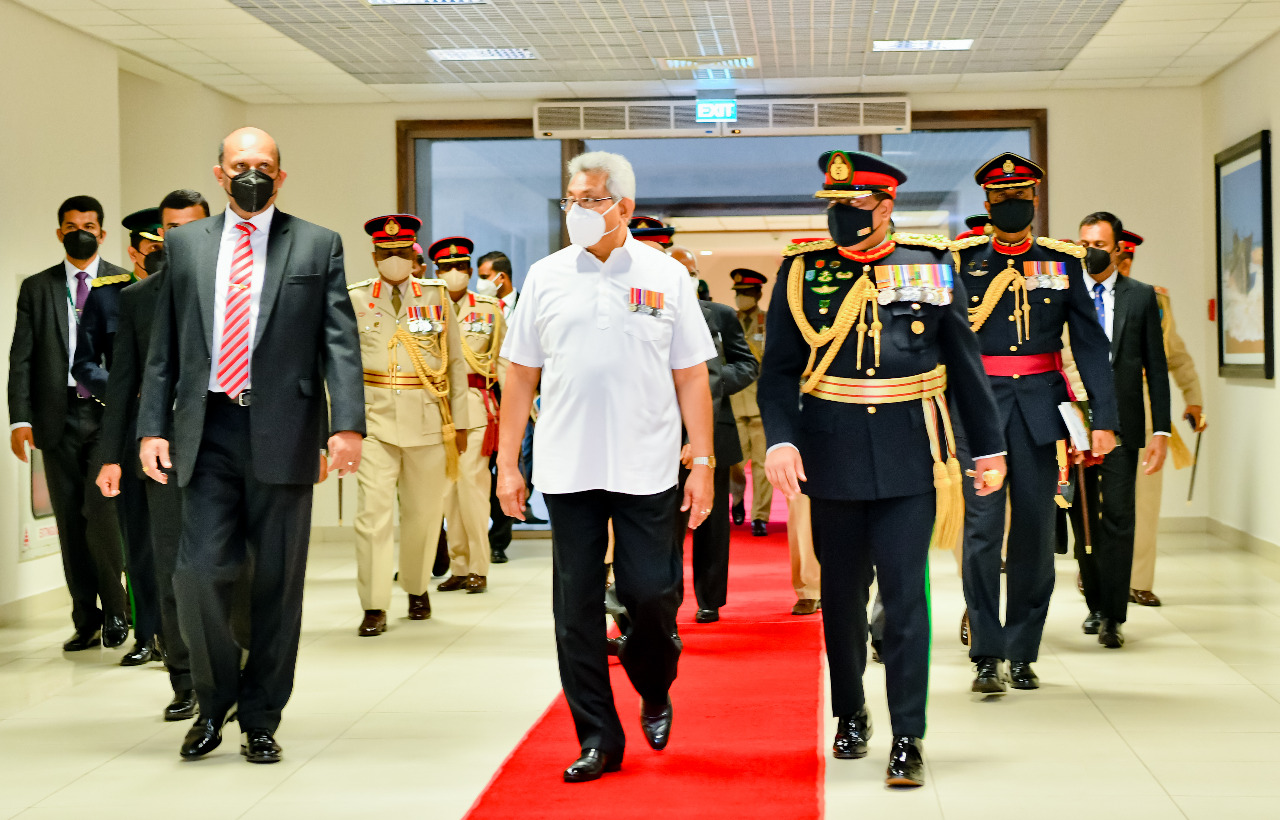 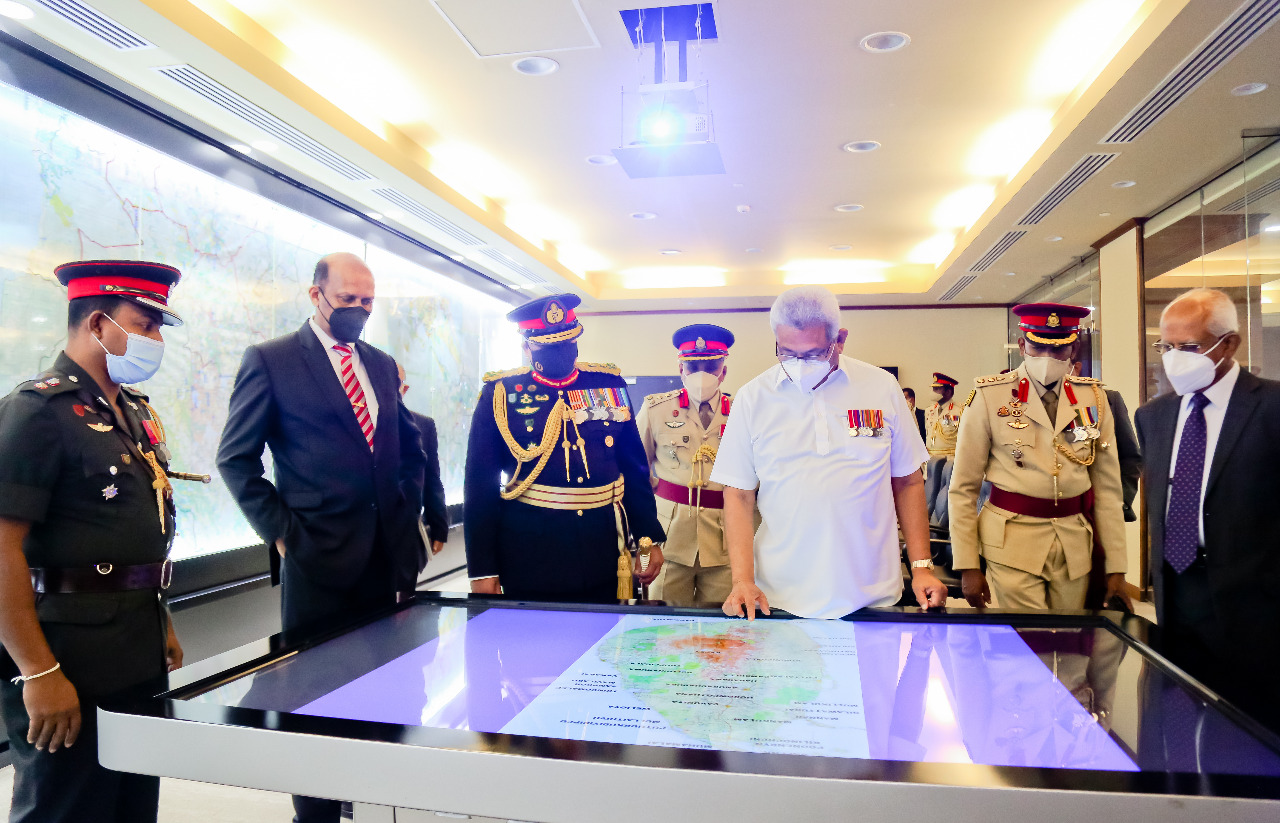 Air Mobile Brigade Presents Its Future Strategies to HE the President

The day’s next segment of the Presidential itinerary inside the Army Headquarters assumed importance of different nature with the launch of the documented book, ‘Towards a Dazzling Future; Air Mobile Brigade 2021-2026’ that formulates strategic approaches for enhancement of capabilities and capacities in order to get the best output from the Airmobile Brigade in future.

This effort sums up the series of its previous operations since its inception in the year 1994 and highlights the ways and means to overcome lapses, modernize and reorganize the Airmobile Brigade in line with the ongoing SLAWFS 2020 – 2025 project.

The 53 Division through which the Air Mobile Brigade’s policy outline is to be implemented expects to bridge the gap between the Special Operations Forces (SOF) and the Infantry for national security priorities.

Major General Nishantha Manage, General Officer Commanding, 53 Division under which the Air Mobile Brigade operates, presented a brief introductory account that led to the compilation of the book as part of the Commander’s initiative under the ‘Army Way Forward Strategy 2020 – 2025’ (SLAWFS 2020 – 2025).

The SLAWFS 2020 – 2025, a well-researched collective effort of civil-military scholars for more than ten months focuses on the Army’s future strategies, development of defence spectrum and national security perspectives, modernization and upgrading of standards, constant need for adaptation to shifting circumstances, amid complex global threats, is meant for adoption in the next five years.

The Air Mobile Brigade’s contribution is also regarded an indispensable wing in these operations and preparations. 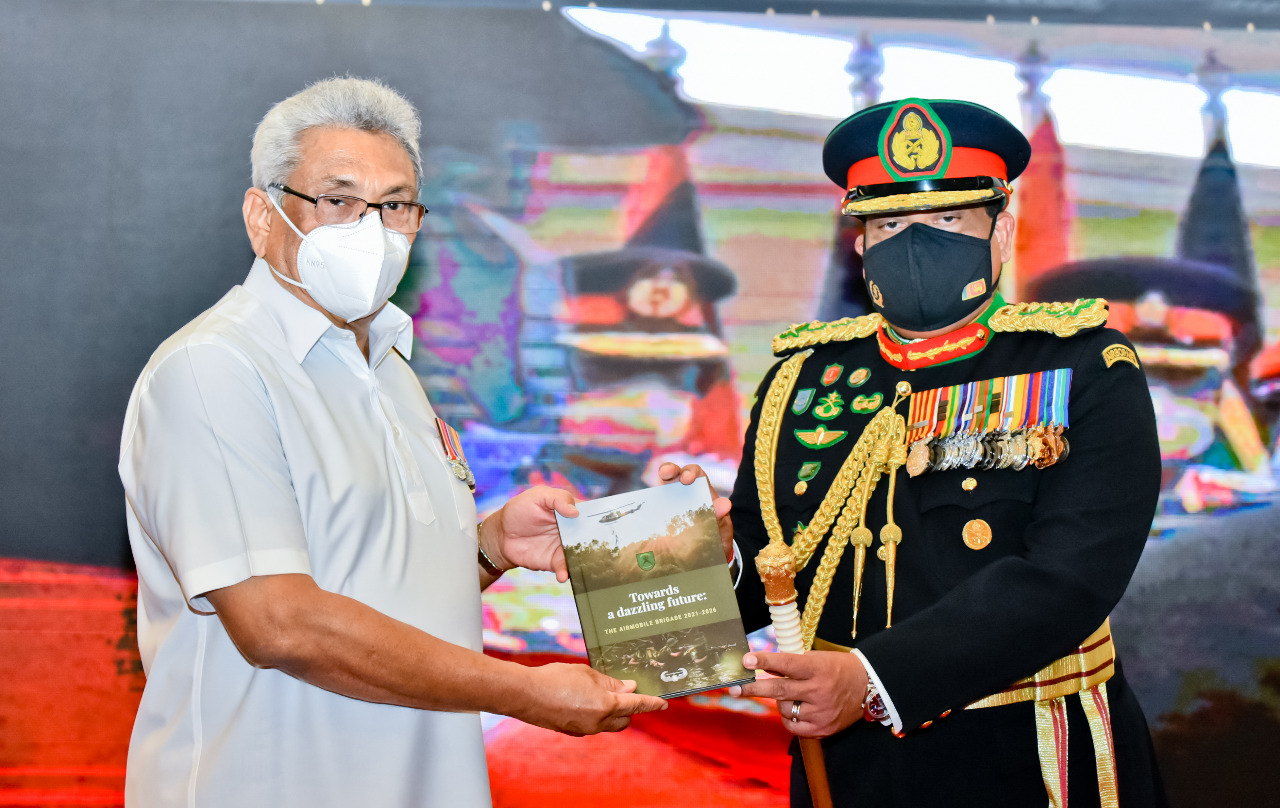