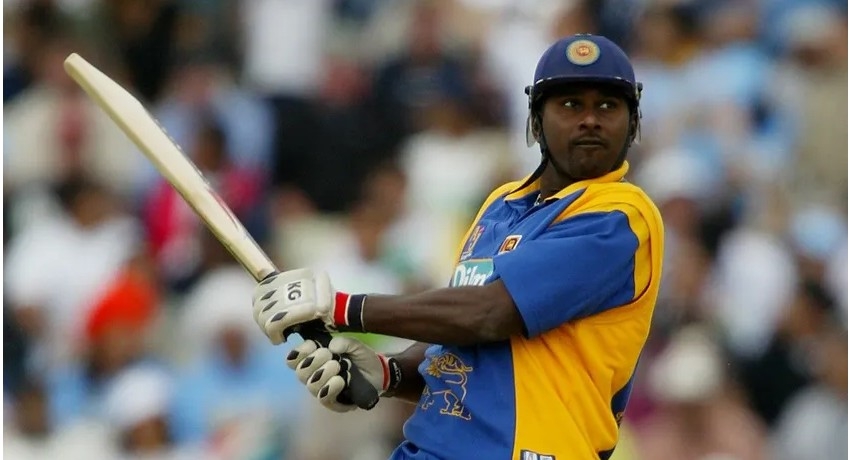 COLOMBO (News 1st); Former Sri Lanka cricketer Avishka Gunawardana in a recent statement to the media says his 24-year unblemished career, remains unblemished and unscarred, with his name in the clear.

The statement from his laywers was released on the 29th of July as disciplinary proceedings against Gunawardana reached a close.

In May 2021, an independent Anti-Corruption Tribunal has unanimously cleared former Sri Lanka player Avishka Gunawardene of two charges against him under the Emirates Cricket Board’s Anti-Corruption Code, allowing him to resume participation in cricket with immediate effect.

Gunawardene was charged with:

Article 2.4.5 – Failing to disclose to the ACU (without unnecessary delay) full details of any incident, fact, or matter that comes to the attention of a Participant that may evidence Corrupt Conduct under the Anti-Corruption Code by another Participant.

Avishka Gunawardana in the statement said these charges were brought at a time when he was at the top of his career, a career that had been progressing swiftly in preceding years up to that point. 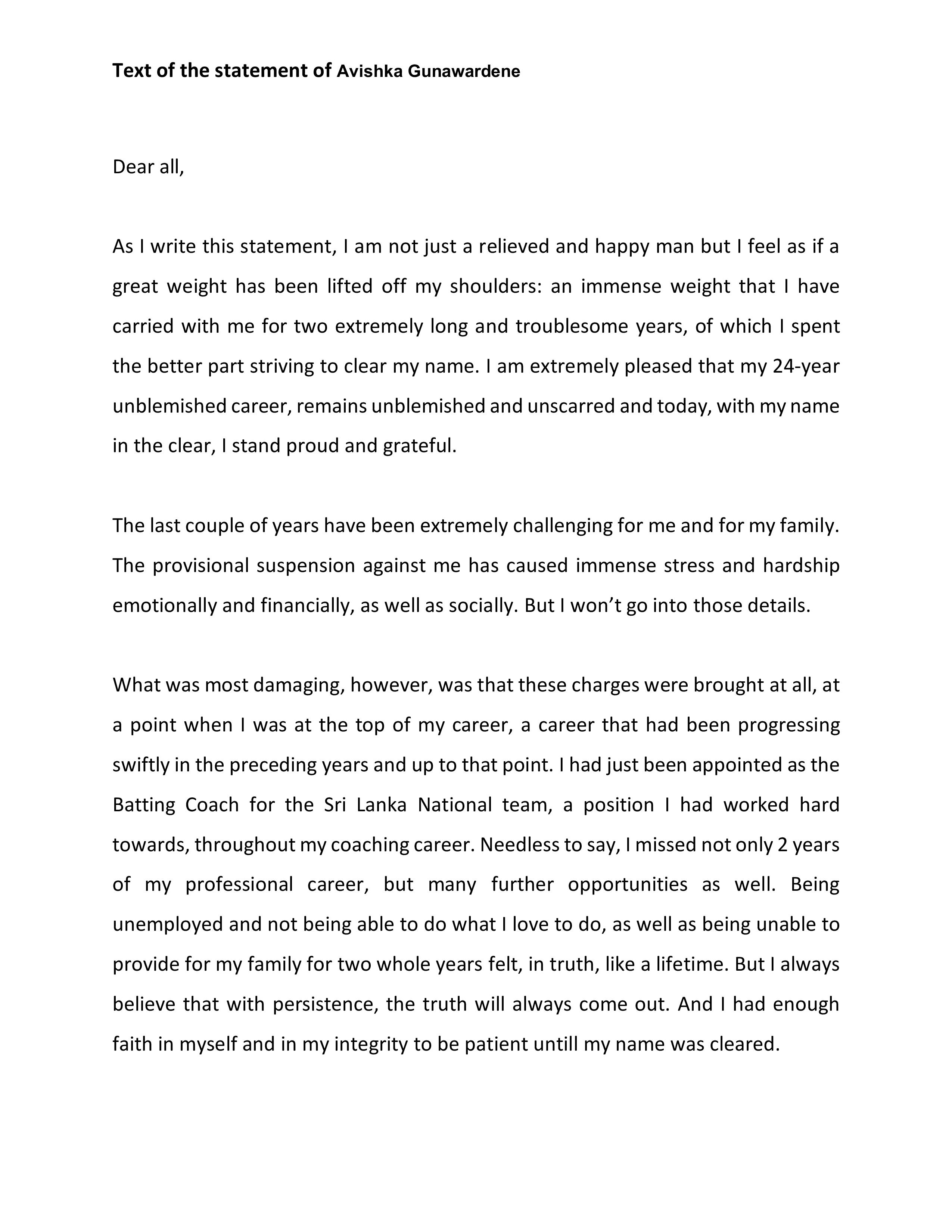 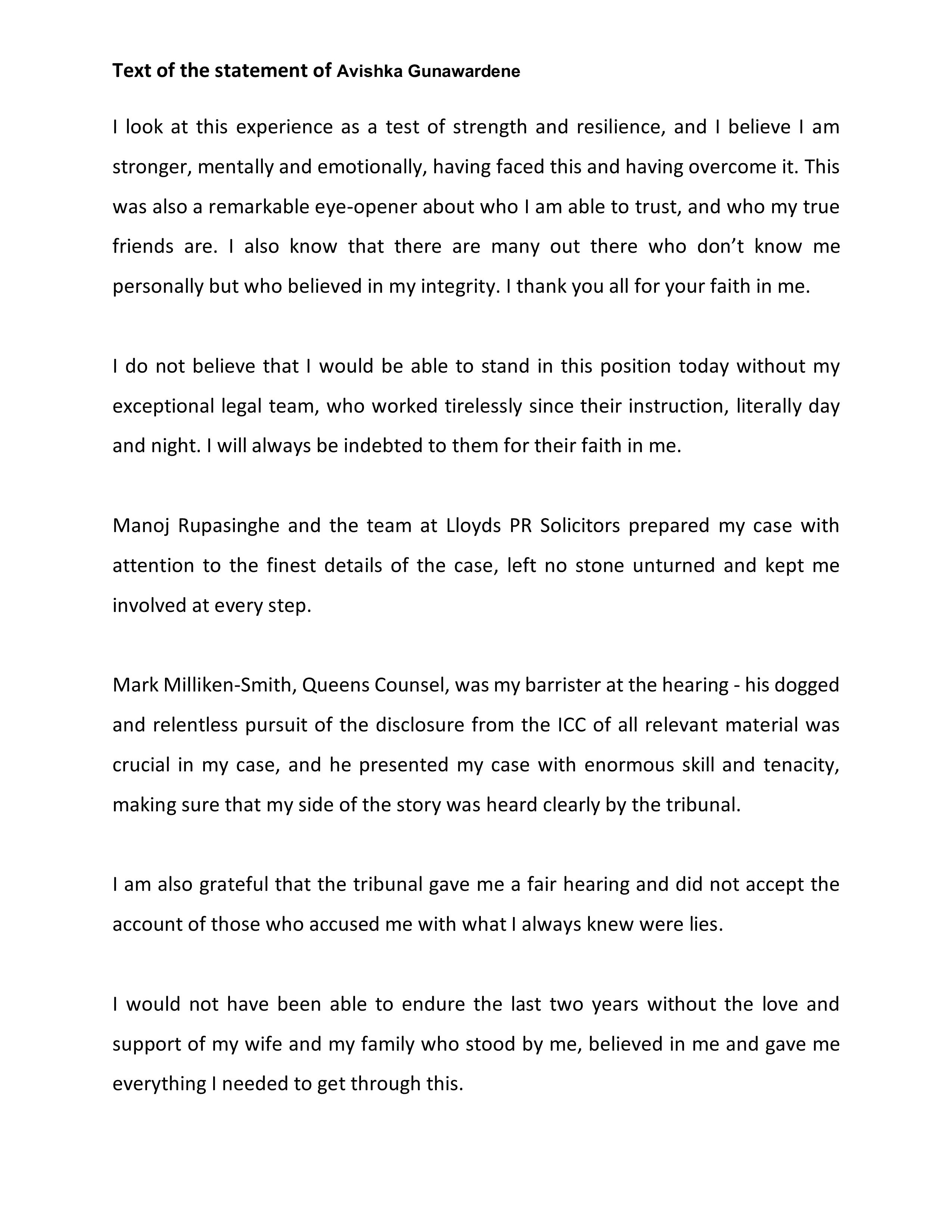 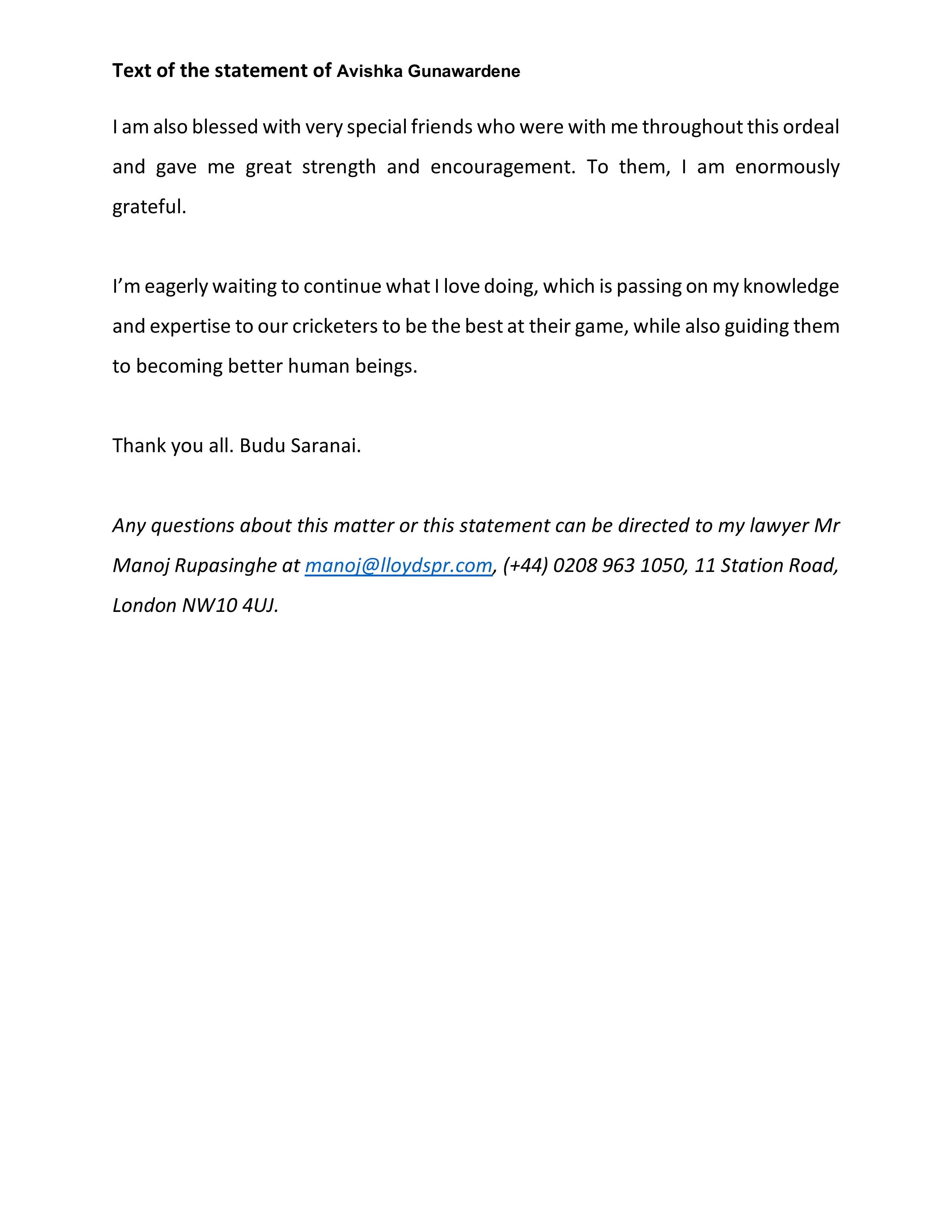