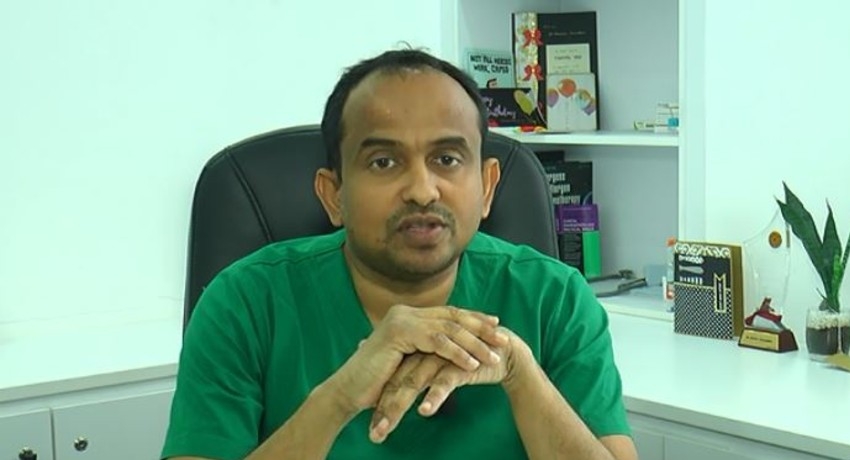 COLOMBO (News 1st); A Sri Lankan study has revealed that neutralizing antibodies (NAbs) also know as the ‘good’ antibodies had significantly reduced in those who obtained the AstraZeneca/COVISHIELD vaccine after 04 weeks of administering the first dose.

553 voluntary participants who had only obtained the first dose of the AstraZeneca / COVISHIELD were used in a study to determine the percentage of neutralizing antibodies, said Chandima Jeewandara, Director of Operations and Clinical Services at Allergy Immunology and Cell Biology Unit, University of Sri Jayewardenepura.

‘This is alarming because neutralizing antibodies (NAbs) are what gives you protection and where there is a significant reduction, the protection against the emerging variants will reduce,’ warned Dr. Jeewandara.

‘500,000 people are yet to receive the second dose of the AstraZeneca / COVISHIELD vaccine,’ he said.

A second study with 553 voluntary participants investigated the cell responses and it was revealed that 93% percent of the participants had antibodies at 16 weeks after the first dose, and beyond.

However, the key finding is that the neutralizing antibodies (NAbs) had decreased from 04 weeks to 16 weeks, by approximately 26.1%.

He said in order to reach a decision on whether the delay in the second dose would require another two doses or one simple dose to generate neutralizing antibodies (NAbs) the memory cells will have to be assessed.

The study found that the participants had very good T & B cell responses which can be boosted with a booster dose, he said.

‘When they get the second dose, there is a theoretical possibility that they will produce sufficient antibodies for protection against the different COVID-19 variants,’ said Dr. Jeewandara adding that future studies will also be necessary after the participants are given the second dose of the AstraZeneca / COVISHIELD vaccine

The health workers who received the AstraZeneca/COVISHIELD vaccine show positive immunogenicity results after 28 days of administering the first dose.

“93.4% of the health workers who were used for the study developed antibodies against SARS-CoV-2 virus after inoculation of the COVID vaccine,”

He said 6,655 health were subject to a study after receiving the vaccine.

Dr. Jeewandara also went on to note that one cannot mix and match the AstraZeneca / COVISHIELD vaccine with other vaccines like Sinopharm as there is no data to support this claim.

He said it is paramount for all to obtain the second dose of the vaccine.