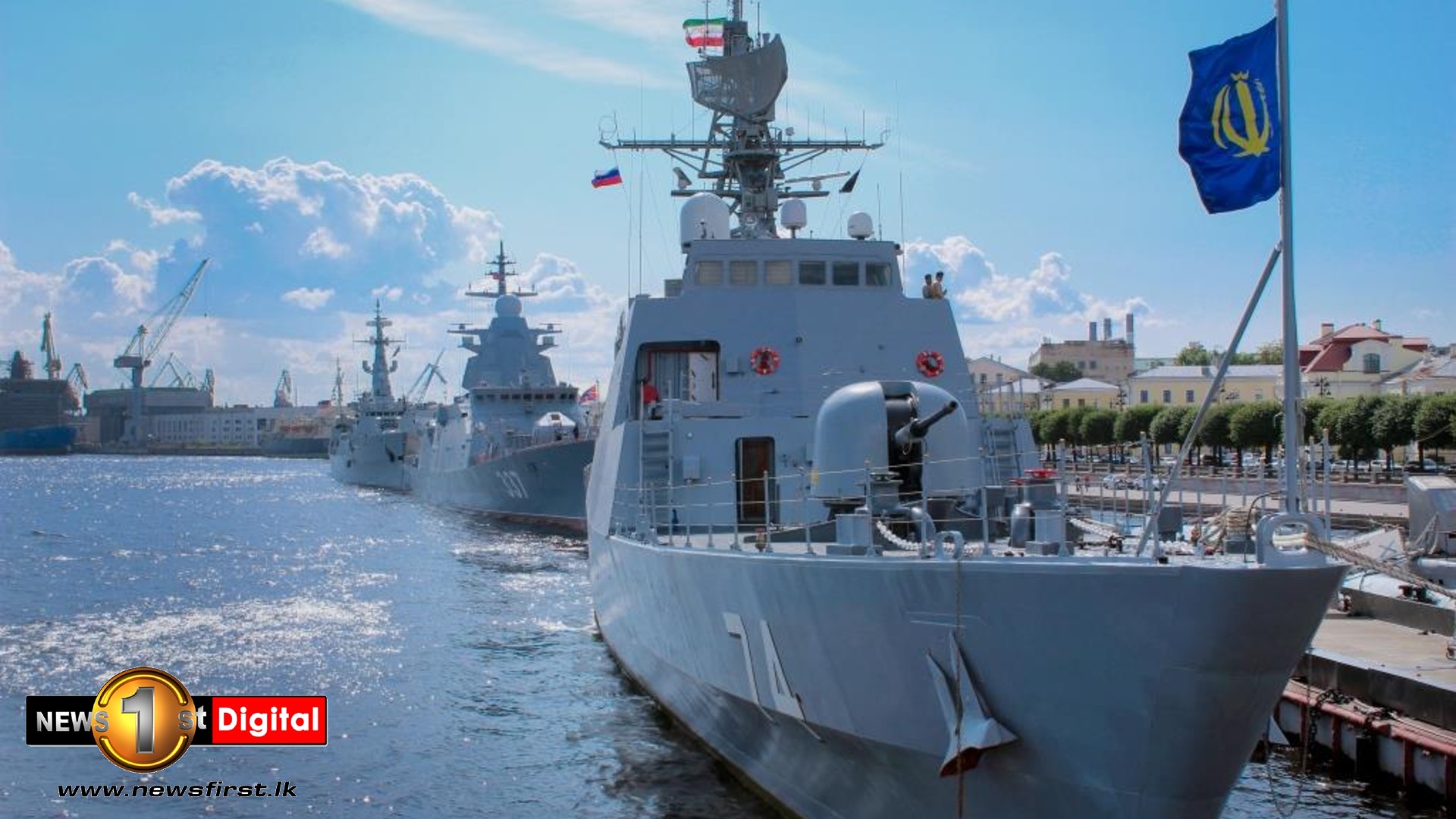 COLOMBO (News 1st); The Russian Navy celebrated the 325th anniversary of the founding of the Russian Regular Fleet (Navy Day) on a high note in St Petersburg on 25th July 2021, in the graceful presence of the President of the Russian Federation, Vladimir Putin.

At the invitation of the Commander in Chief of the Russian Navy, Admiral Nikolai Yevmenov, Commander of the Sri Lanka Navy, Vice Admiral Nishantha Ulugetenne, and President Navy Seva Vanitha Unit, Mrs. Chandima Ulugetenne, who were on an official visit to Russia attended this colourful and spectacular event.

The Main Parade and the Naval Parade of this celebratory event took place in St Petersburg and those events were featured by a large number of naval personnel from Russia together with over 50 warships, submarines, aircraft, and helicopters belong to the Navy of Russian Federation. 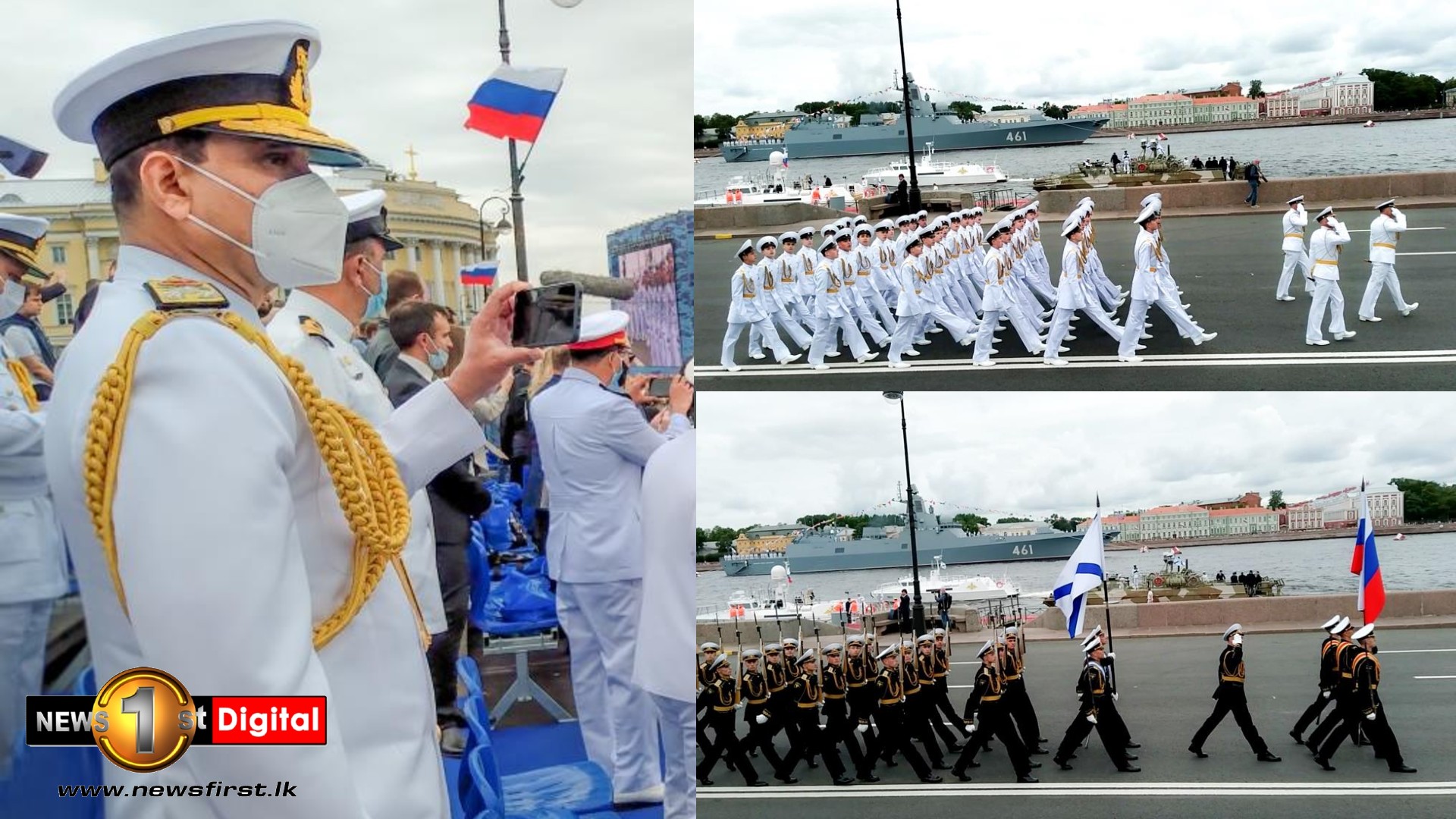 Further, ships of the Navies of India, Pakistan, and Iran also involved in this parade.

Meanwhile, a reception was held at the official residence of Commander in Chief of the Russian Navy in St. Petersburg to welcome the visiting Navy Chiefs and delegates who attended the event.

Speaking on the occasion, Commander of the Navy Vice Admiral Nishantha Ulugetenne said that Sri Lanka is situated in a strategic location in the Indian Ocean believing in a collaborative and cooperative approach to deal with common maritime security challenges involving both regional and extra-regional stakeholders.

Participating in this nature of events would pave the way to further develop cooperation among navies, he further opined.

While congratulating the Russian Navy on this special occasion, Commander of the Navy expressed his heartfelt gratitude to his Russian counterpart for inviting Sri Lanka Navy for Russia`s Navy Day.

During the visit, Vice Admiral Ulugetenne also called on Admiral Nikolai Yevmenov and the top brass discussed several matters of bilateral importance and recalled the long-standing relationship between the two navies.

The cordial discussion drew to a close with an exchange of mementos to signify this occasion. 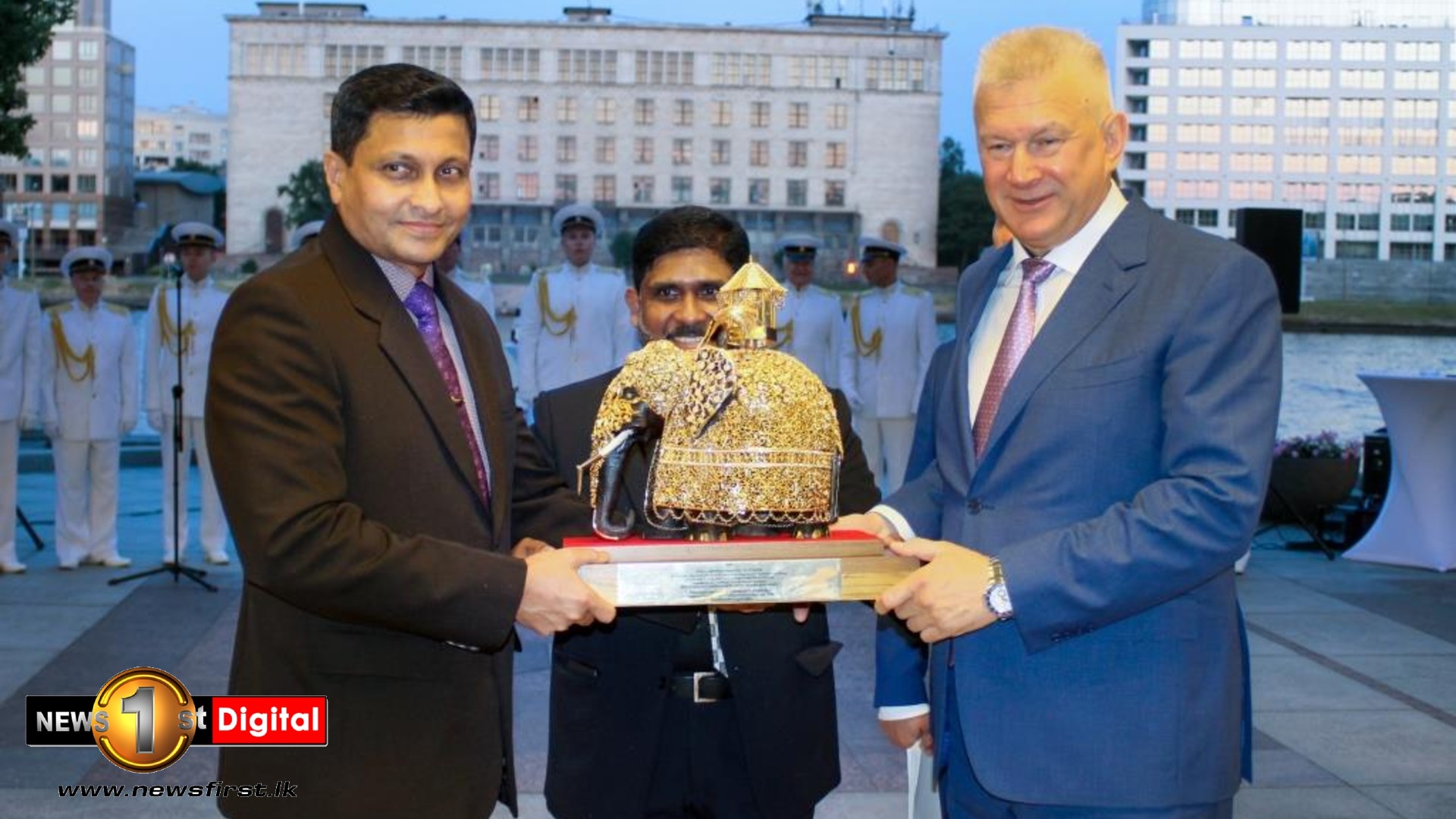 On the sidelines, Commander of the Navy, Vice Admiral Nishantha Ulugetenne met with the Chief of the Naval Staff (CNS) of the Indian Navy, Admiral Karambir Singh, during a reception hosted onboard Indian Naval Ship (INS) Tabar which took part in Russia`s Navy Day parade.

Upon a warm welcome by the CNS of India, the two top brass held a cordial discussion focusing on several matters of bilateral importance recalling the long-standing bond between two navies. 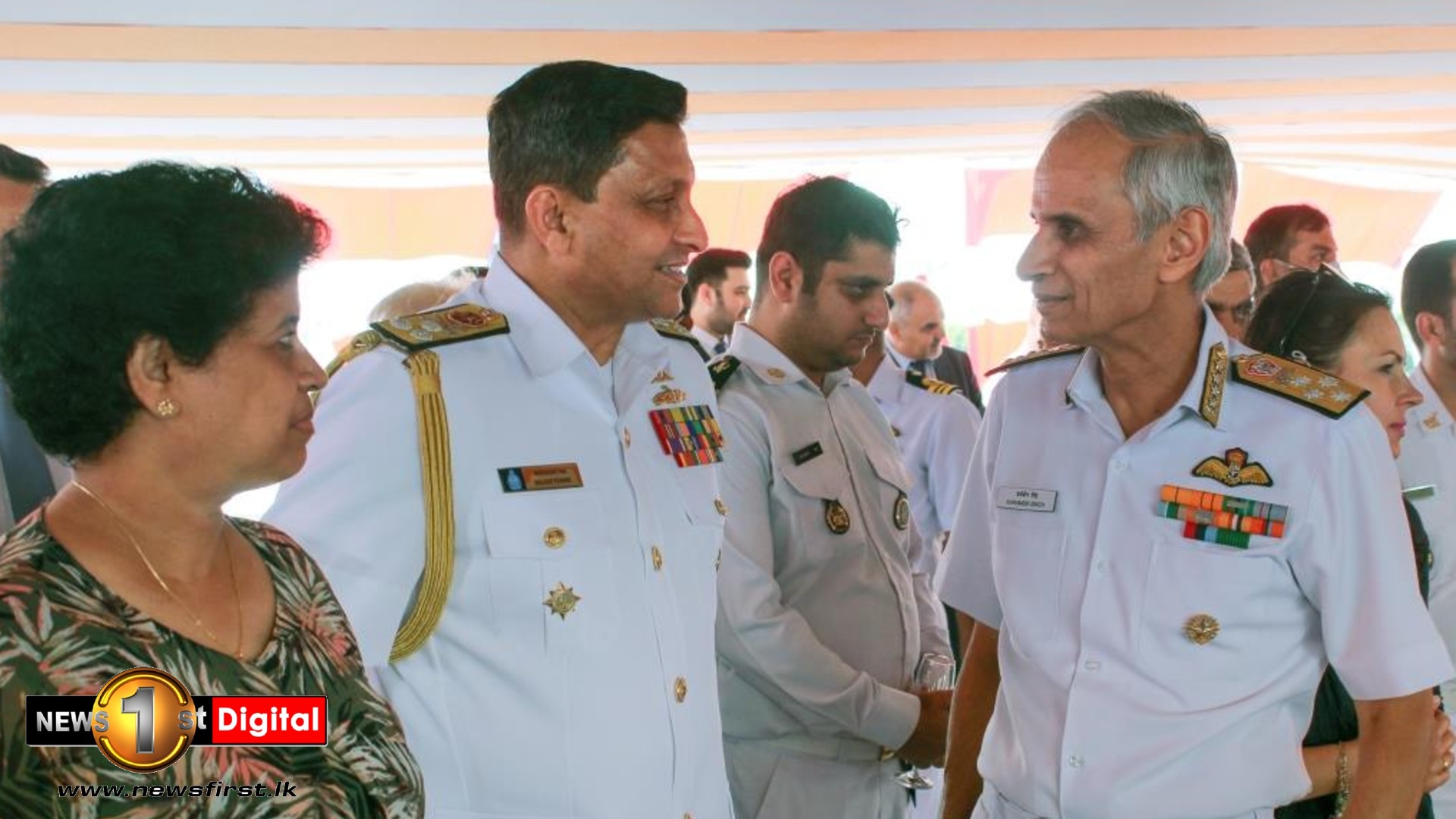 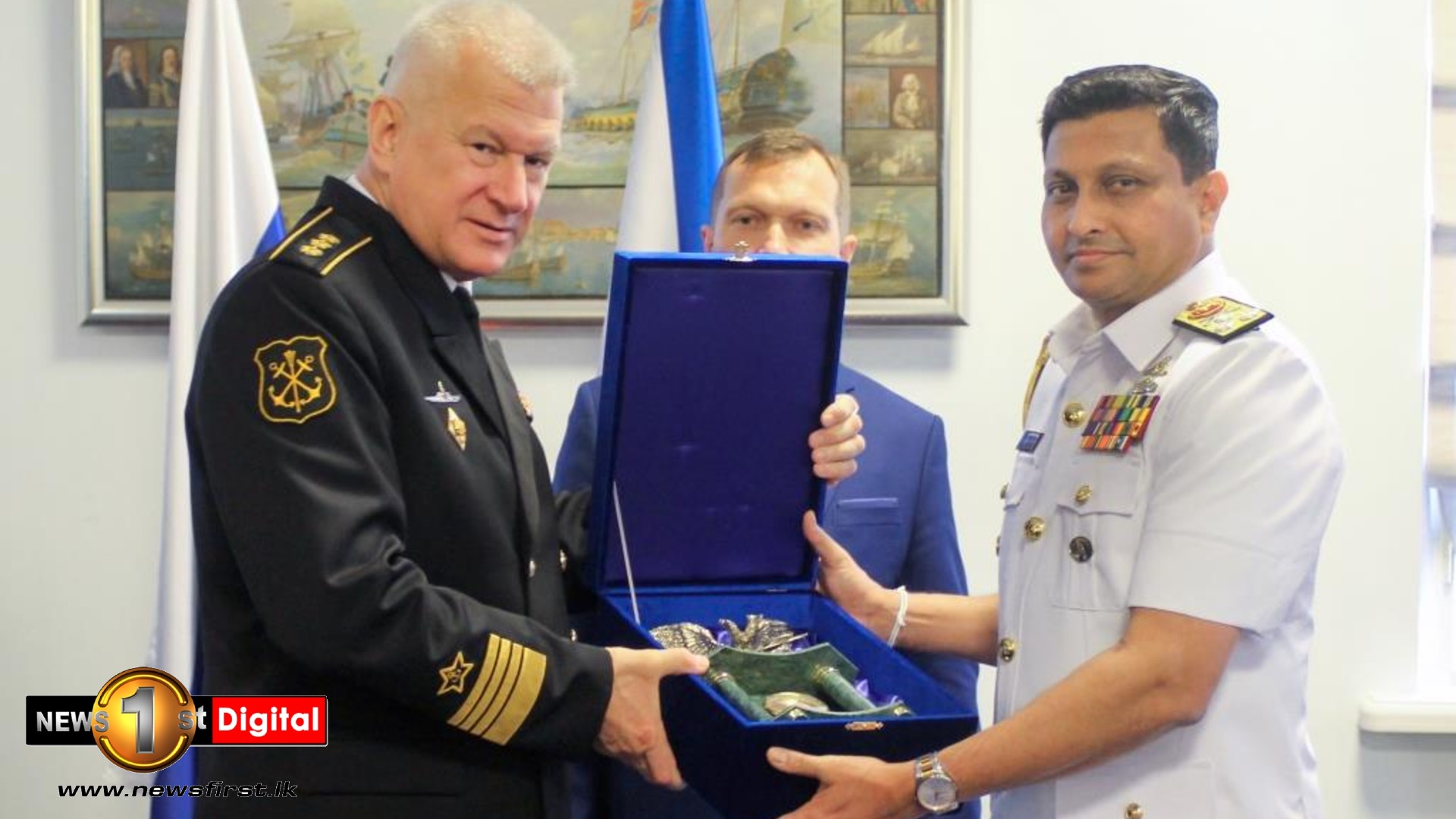 Meanwhile, a reception was held at the residence of the Ambassador of Sri Lanka to the Russian Federation in Moscow where the Commander of the Navy met with its envoy Prof. M.D. Lamawansa.

On this occasion, Sri Lankan Ambassador to Russia emphasized the possibility of using the Naval Diplomacy as a tool to enhance international relations. 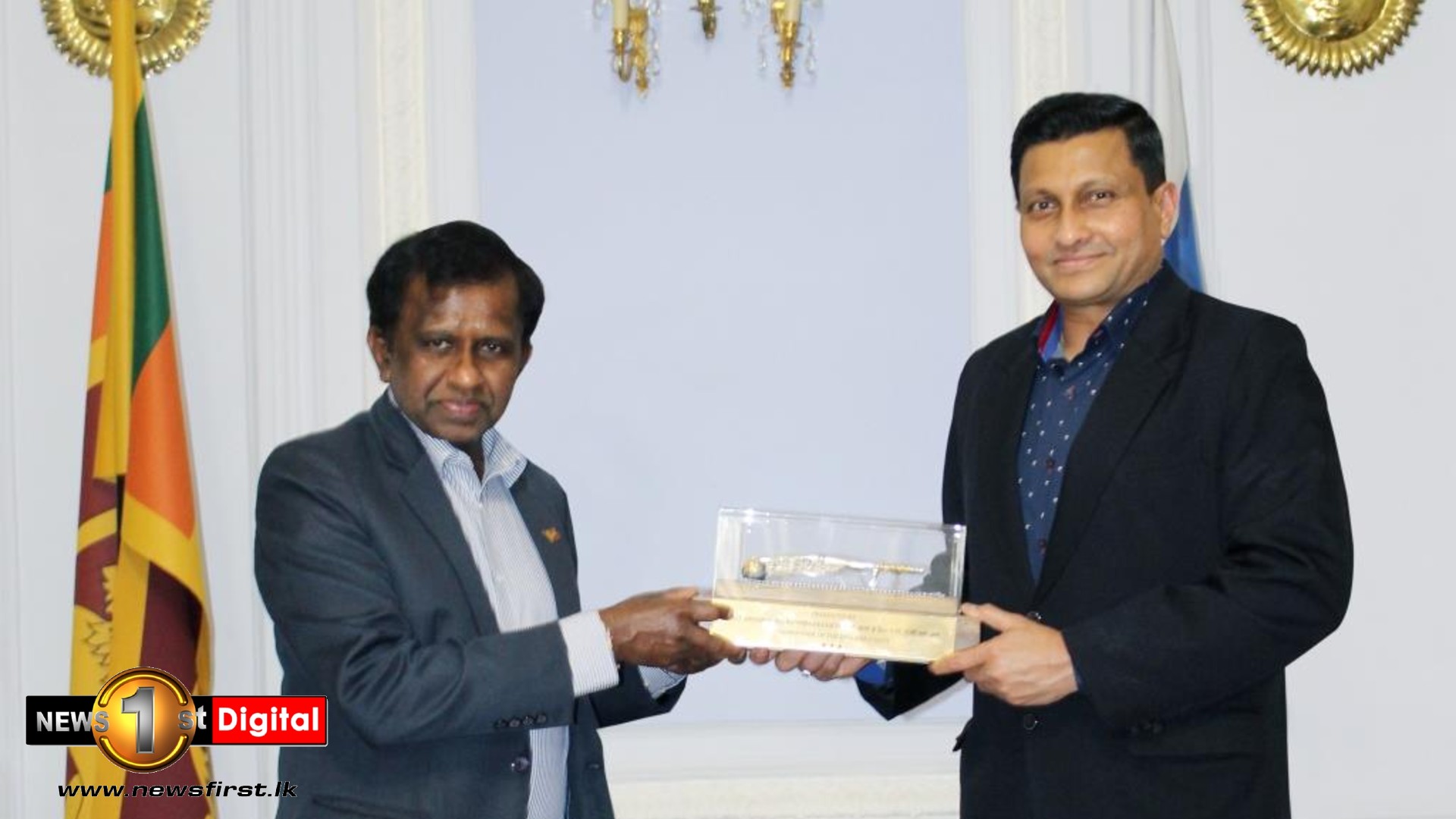