COLOMBO (News 1st); The United National Party says it is ridiculous for any regime to think that the repression of media can cover up the problems of the people.

UNP Deputy Leader Ruwan Wijewardena in a statement said from 2005 to 2015 the biggest threat was faced by the Sirasa Media Network when the buildings where its main operations center was located were bombed.

‘The Sirasa Media Network is an institution that speaks directly to the people without fear,’ the statement read adding that it is reported that the Sirasa Media has again come under threat by the present government.

‘We clearly state that the government should intervene to solve the problems of the people without attempting to silence the media,’ read the statement. 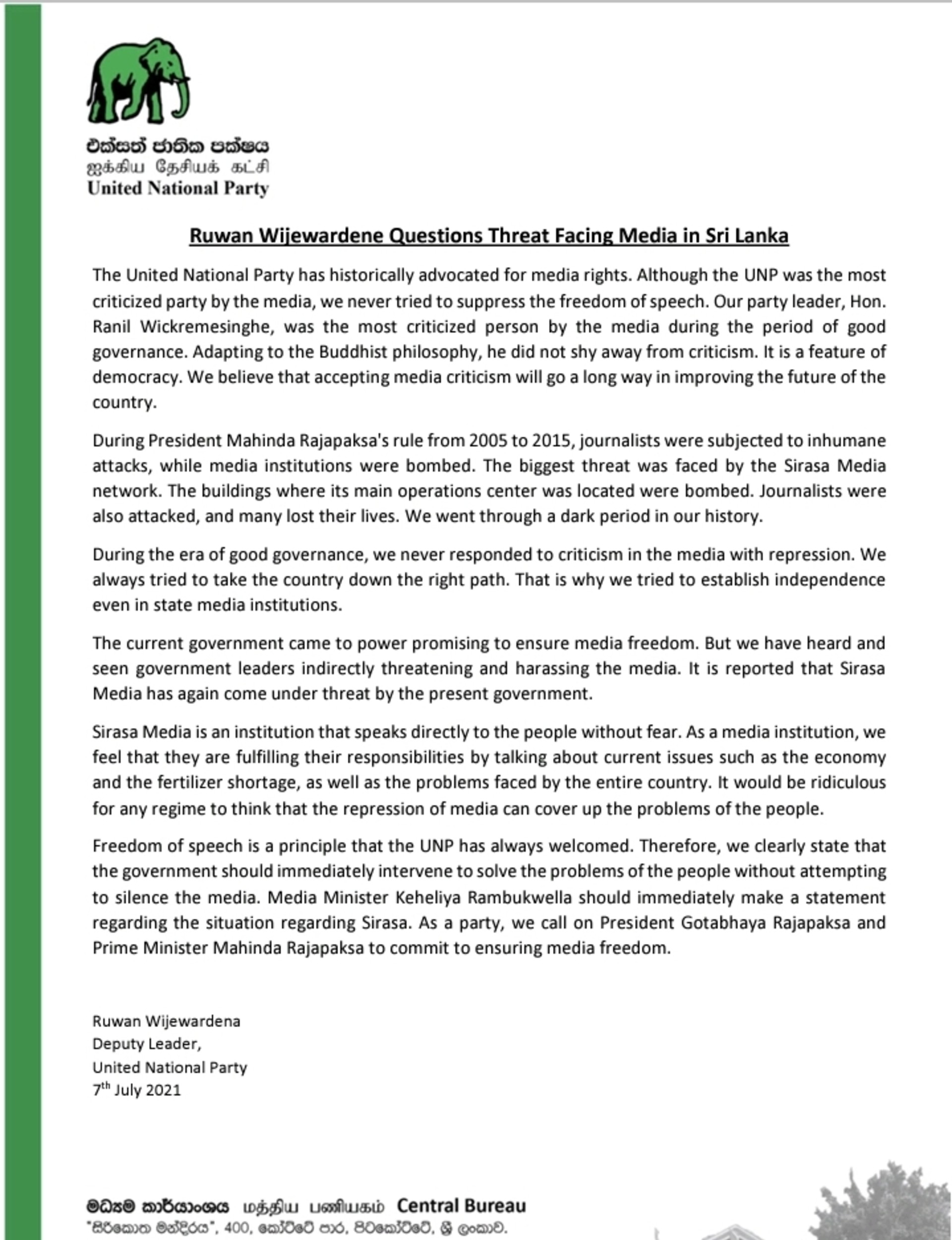