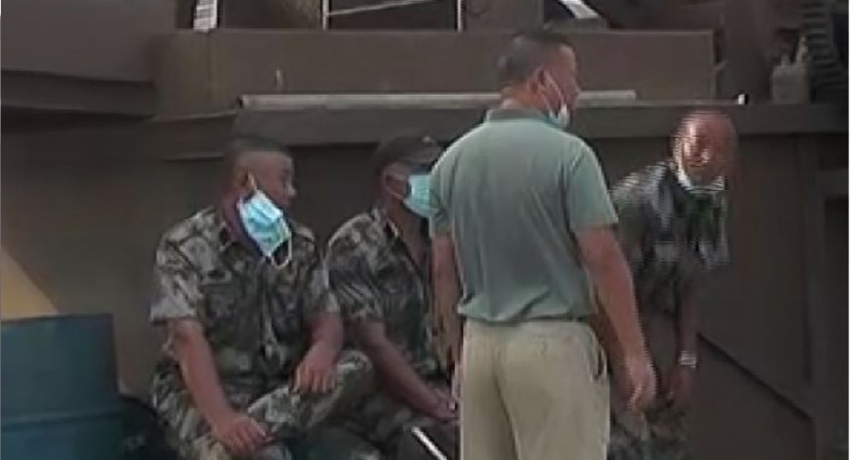 COLOMBO (News 1st); Sri Lanka’s Ministry of Defence on Tuesday (29) stated that  following a query made by the  Defence Secretary Gen. Kamal Gunaratne (Retd), the Embassy of the People’s Republic of China in Sri Lanka, has affirmed that the Chinese employees who were reportedly wearing controversial military style camouflage uniforms are not members of the People’s Liberation Army and it is the respective overseas company’s overall uniform entitled to the staffers.

Further, the Defence Secretary has informed the Embassy of the People’s Republic of China in Sri Lanka, to educate the respective employer to refrain its employees from wearing the controversial military style camouflage uniforms in future and the Ministry of Defence also informed the local private company to avoid the recurrence of such action henceforth.