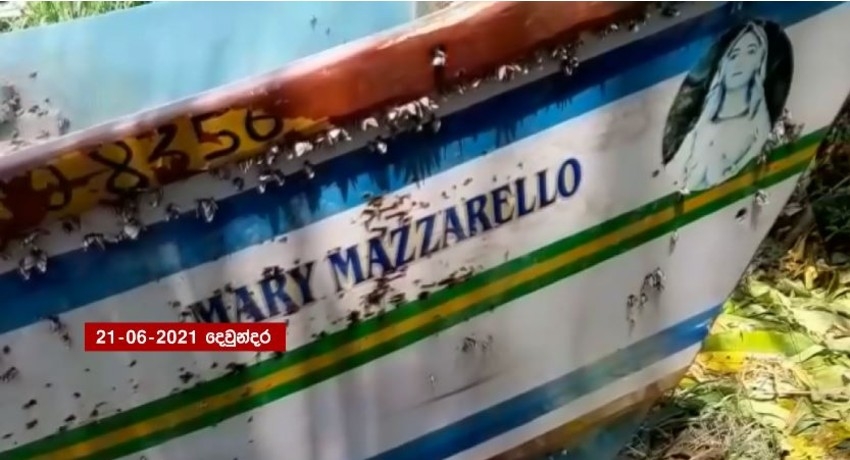 COLOMBO (News 1st); Another mysterious boat with no passengers was found drifting in the seas off the Nilwella Fisheries Harbour on Monday (21).

Local fishermen said they made the discovery 20 nautical miles in deep seas and informed the Mirissa Coast Guard station.

Thereafter, they had dragged the boat ashore and local fishermen noted that the boat was missing its engine.

On the 17th of June, two boats believed to be owned by Indian fishermen washed up on Sri Lanka’s western coast.

The boats were around 30 feet in length and 06 feet wide and are never used by Sri Lankan fishermen and initial observations revealed the engines were removed from them very recently.