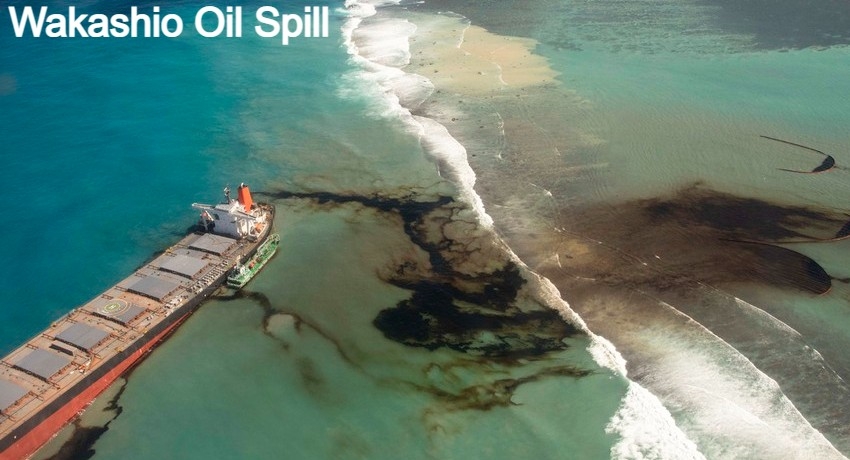 Wakashio Oil Spill: What Sri Lanka can learn before the big spill

Wakashio Oil Spill: What Sri Lanka can learn before the big spill

COLOMBO (News 1st); Sri Lanka today is facing the threat of a possible oil spill as the X-Press Pears steadily sinks off the coast of Colombo, Sri Lanka.  This is not the first time Sri Lanka has faced such a threat, and it is time for Sri Lanka to take appropriate measures before it experiences something similar to the infamous Wakashio Oil Spill of 2020.

For decades, the global shipping industry has one perennial problem, Oil Spills. Countries with scenic coastal belts rich in marine life are always on the edge, especially those next to global shipping lanes.

They never know when an oil spill will occur and some of these countries even lack the facilities and expertise to immediately attend to such disaster, if one is to occur.

Therefore, the need to protect, sustain, and heal the environment is of paramount importance as the ecological footprint of society increases.

The Japanese cargo ship MV Wakashio ran aground on a coral reef off the coast of Mauritius last year, leaking up to 1,000 tonnes of heavy oil into a pristine lagoon.

50 whales and dolphins died immediately after the major oil spill in the Indian Ocean tropical paradise island of Mauritius in August 2020.

The Wakashio oil spill has been described as one of the worst ecological disasters ever to hit the western Indian Ocean.

To contain such an oil spill, the Mauritian government took the initiative to call up international experts from across the world to prevent an even bigger disaster from taking place.

Experts from the UN, CEPPOL (the French Navy Pollution Response branch), and Cedre (a French organization specializing in accidental water pollution) were also in attendance, with other governments providing support remotely.

Today, Sri Lanka is facing yet another shipping disaster after the MT New Diamond and there is an imminent threat of an oil spill from the X-Press Pear wreck where the aft is resting on the sea bed.

It is important that Sri Lanka takes notes from the events that transpired in Mauritius and call for experts to prevent a disaster from taking place.

Marine oil spills can have a serious economic impact on coastal activities, as well as on those who exploit the resources of the sea. Thus, communities that are at risk of oil disasters must anticipate the consequences and prepare for them.

In the oil it is the polycyclic aromatic hydrocarbons (PAHs) that cause most of the toxicity but the physical nature of oil, i.e. the stickiness is a major problem for a number of organisms such as birds.

Spills of oil have numerous negative impacts both short and long term, resulting in economic and financial losses.

This calls for the evolution and development of comprehensive pollution services combined with an increased global presence to provide timely and effective solutions to incidents of pollution for marine, oil & gas, and other industrial sectors.

The occurrence of pollution cannot be predicted and possible to happen at any time, and anywhere.

Mistakes or human negligence can lead to an accident, and this requires a rapid, well-planned response, which is carried act through a plan called the contingency plan.

And this plan must include an independent service provider that acts on behalf of the interests of the state while working towards the protection of the marine environment.