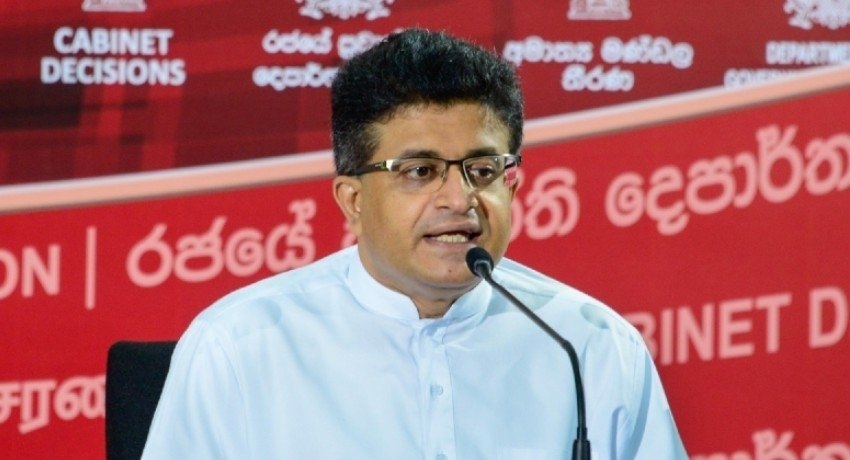 COLOMBO (News 1st); Sri Lanka’s Energy Minister Udaya Gammanpila said he only announced a decision made by the government led by the President and Prime Minister, in hiking fuel prices.

Speaking to reporters on Sunday (13), Gammanpila said State Minister Ajith Nivard Cabraal accompanied him as the representative of the Prime Minister (Finance Minister) at the media briefing held to announce the possibility of hiking fuel prices in Sri Lanka.

Responding to a statement calling for his resignation, the Minister said the SLPP General Secretary Attorney-at-Law Sagara Kariyawasam was condemning the decision made by President and the Prime Minister, who hold the top positions in the Sri Lanka Podujana Peramuna.

Minister Udaya Gammanpila said he voluntarily took the risk of announcing the price hike in order to protect the President and the Prime Minister, given that an Energy Minister had never announced a price hike in Sri Lanka before.

He said the SLPP General Secretary had committed a serious offense by condemning the decision made by the President and Prime Minister.

He called on the General Secretary of the Sri Lanka Podujana Peramuna Attorney-at-Law Sagara Kariyawasam (MP) to consider stepping down for the statement he issued on Saturday (12).

Commenting on the reasons for the price hike, Minister Udaya Gammanpila said when he was appointed, the Ceylon Petroleum Corporation was already suffering losses and therefore he approached local & international banks as well as the Central Bank to secure assistance to control the losses.

He said that in February 2021 he informed the Cabinet of Ministers on the crisis faces by the energy sector and it resulted in the appointment of a Cabinet Sub-Committee chaired by the Prime Minister.

“The Sub-Committee in March 2021 had decided to revise the fuel prices and tasked me to secure approval from the President,” said the Minister.

Thereafter on 09th June 2021 when the Cost of Living Sub-Committee met it was evident that the CPC was suffering losses by selling fuel at lower prices while the banking sector too was on the verge of collapse due to outstanding loans.

He said on the 10th of June 2021, Prime Minister Mahinda Rajapaksa as Finance Minister had given documented consent to increase prices of fuel, and therefore, he announced the decision.

He also challenged the General Secretary of the Sri Lanka Podujana Peramuna to an open debate to prove the allegations made against him for being held responsible for the present fuel price crisis in the country.